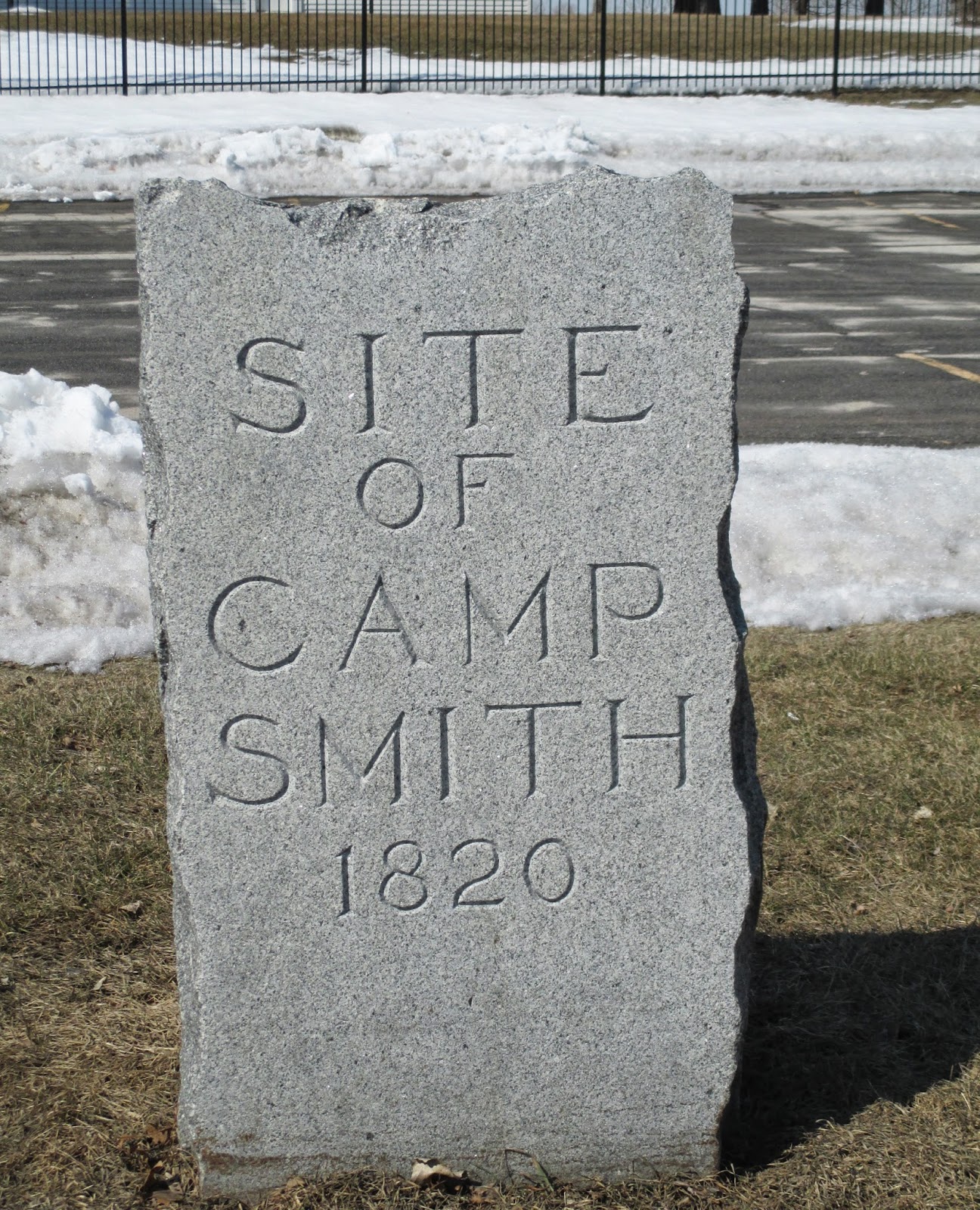 NOTE: Webster Avenue is a heavily-traveled roadway and the small marker is easy to miss. The marker is adjacent to the north parking lot, between the parking lot and the sidewalk. See photos below for easy-to-spot landmarks near the marker location.


Use the "Heritage Hill State Historic Park" label at the bottom of this post to identify all markers at this location (there are several). 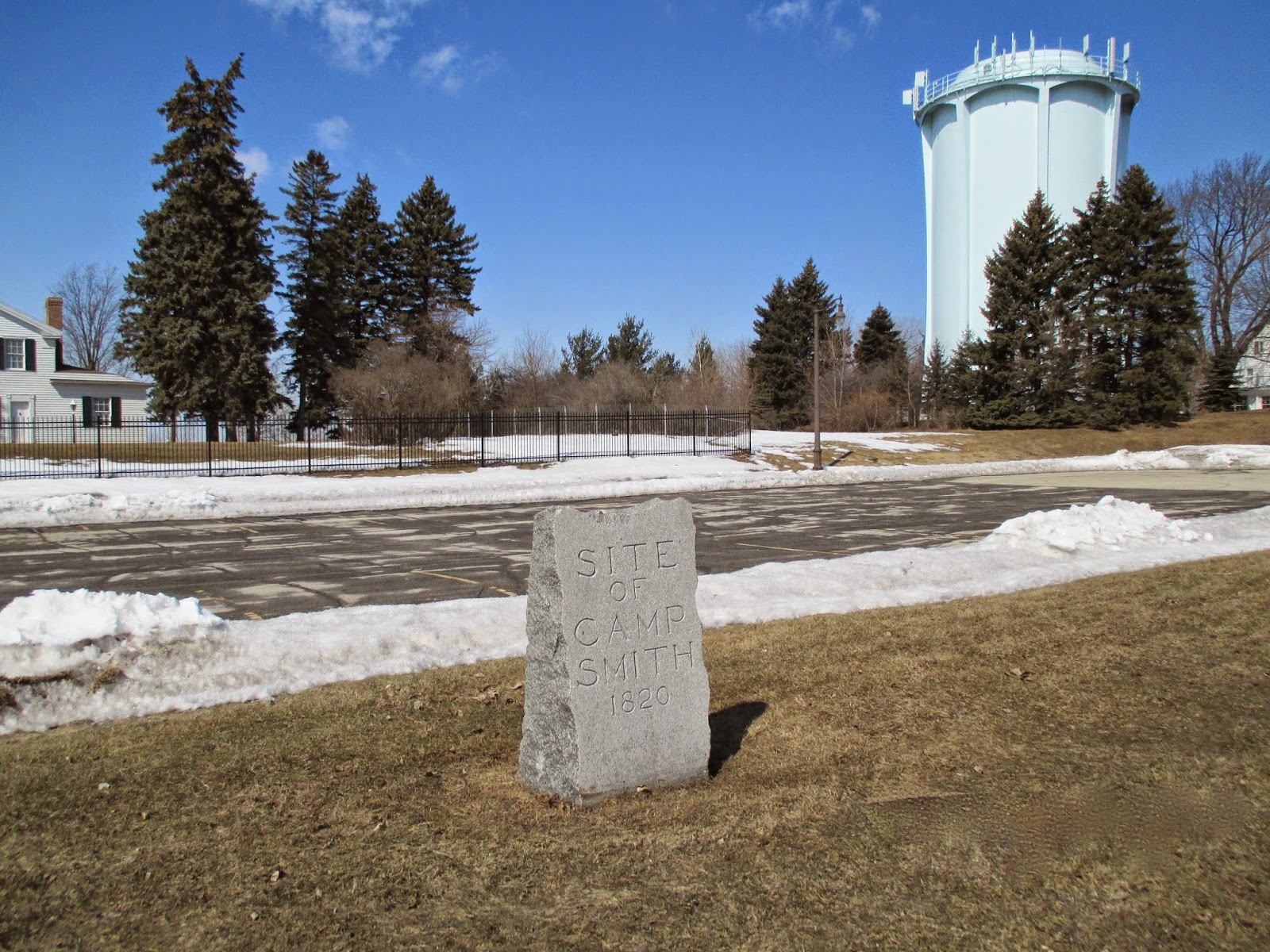 This marker at Heritage Hill tells the story of Camp Smith.

"The fort is situated in a handsome grassy plain, on the north bank of the Fox River, near the point of entrance into Green Bay.  It consists of a range of log barracks, facing three sides of a square parade, and surrounded by a stockade of timber, thirty feet high, with block houses at angles. The whole is white washed, and presents a neat military appearance. It is at present garrisoned by three hundred men, under Captain Whistler, who has temporary command of the post during the absence of Colonel J. L. Smith. There are also about three hundred infantry in cantonments, at Camp Smith, three miles  above Fort Brown [Howard] on the south side of the river, where preparations are making to erect a permanent fortification  of stone, during the ensuing years. The site chosen is extremely beautiful, airy and commanding."

The 1816 Fort Howard was constantly plagued with problems -- so much so that as early as 1819, only three years after the fort's original construction, Colonel Joseph Smith requested funds for the repair and replacement of some of its buildings. The request was denied, and in response, Smith began construction in 1820 of a new stone fortification located near the present site of Heritage Hill.

The new camp, "Camp Smith," was three miles south from the mouth of the river, on its east side, nearly 75 feet above the river on land belonging to John Lawe. Timber was cut and stone was quarried near the rapids of what is today De Pere. During the time that Camp Smith existed, a number of shanties, or sheds, housing traders selling goods to soldiers were erected close to the river. This small grouping was nicknamed "Shantytown."

The temporary buildings of Camp Smith constructed were no better, if not worse, than those of Fort Howard; Inspector General John E. Wool's 1821 report even stated that the men would be better off in the old fort's barracks for the winter if some small repairs were made. Camp Smith was never completed. Joseph  Smith was removed from command in 1820 and court martialed for neglect of duty, leaving a large debt to contractors. With the idea of repairing the 1816 buildings, soldiers were moved back to the original Fort Howard in 1822 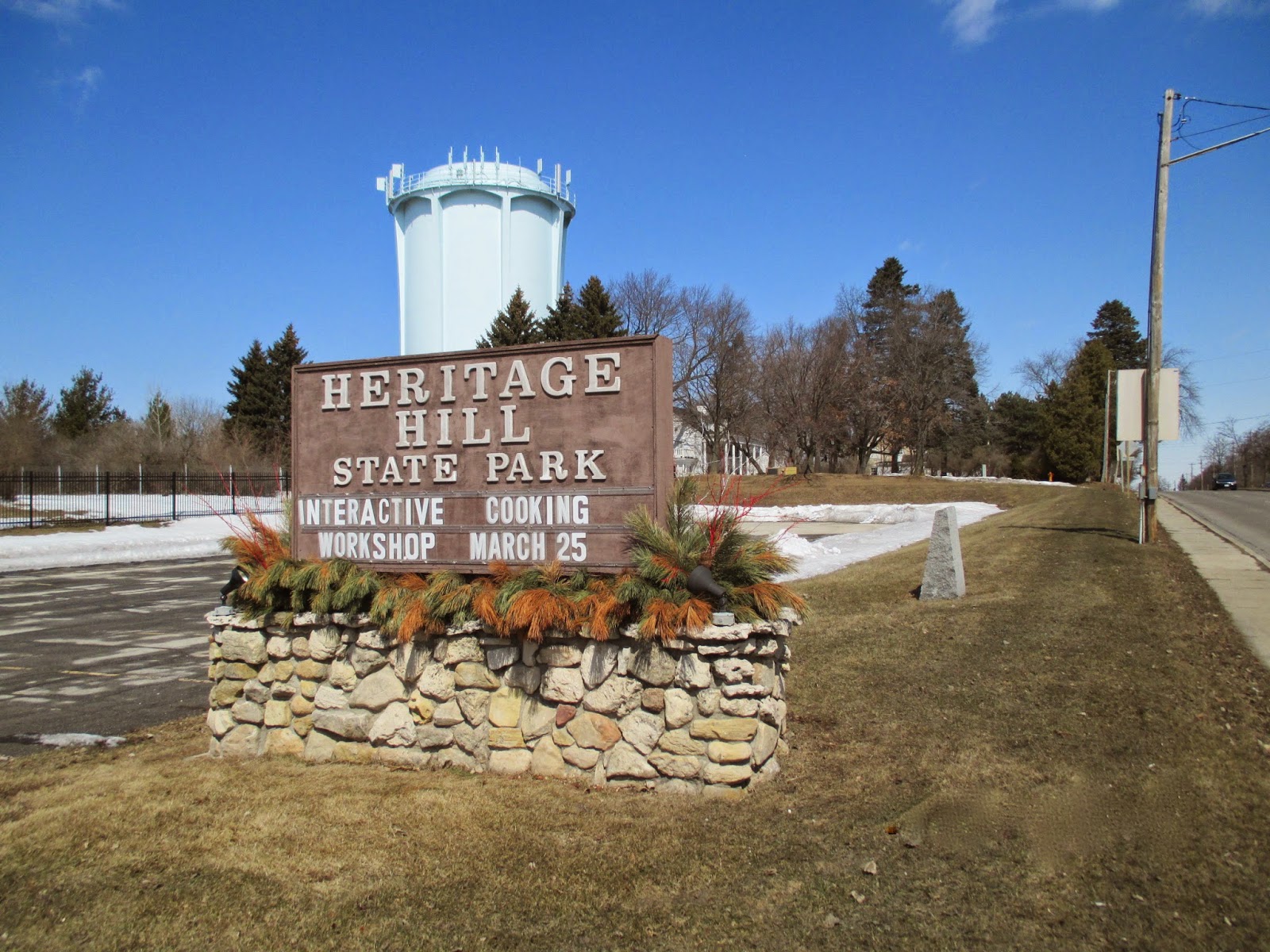 Looking north along Webster Avenue,
at the entrance to Heritage Hill State Park,
with the marker visible in the center of the photo.
The marker is located in Green Bay, Wisconsin.