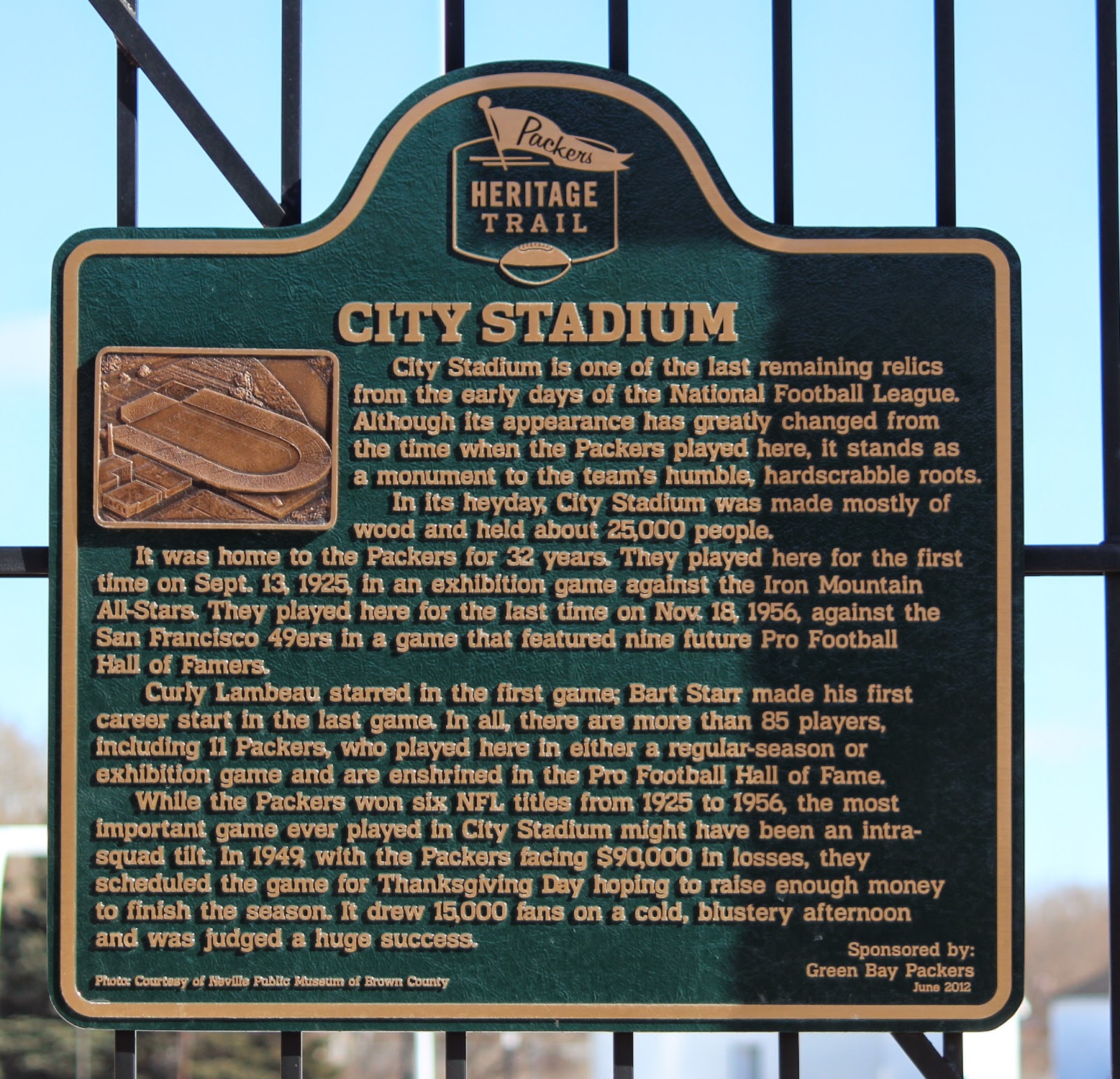 City Stadium is one of the last remaining relics from the early days of the National Football League. Although its appearance has greatly changed from the time when the Packers played here, it stands as a monument to the team's humble, hardscrabble roots.

In its heyday, City Stadium was made mostly of wood and held about 25,000 people.

Curly Lambeau starred in the first game; Bart Starr made his first career start in the last game. In all, there were more than 85 players, including 11 Packers, who played here in either a regular-season or exhibition game and are enshrined in the Pro Football Hall of Fame.

While the Packers won six NFL titles from 1925 to 1956, the most important game ever played in City Stadium might have been an intra-squad tilt. In 1949, with the Packers facing $90,000 in losses, they scheduled the game for Thanksgiving Day hoping to raise enough money to finish the season. It drew 15,000 fans on a cold, blustery afternoon and was judged a huge success.

The marker is located at the North Baird Street entrance to City Stadium, between Cherry and St. Clair Streets, Green Bay, Wisconsin 54301.

Use the "Green Bay City Stadium" label below to identify all markers at this location (there are several). 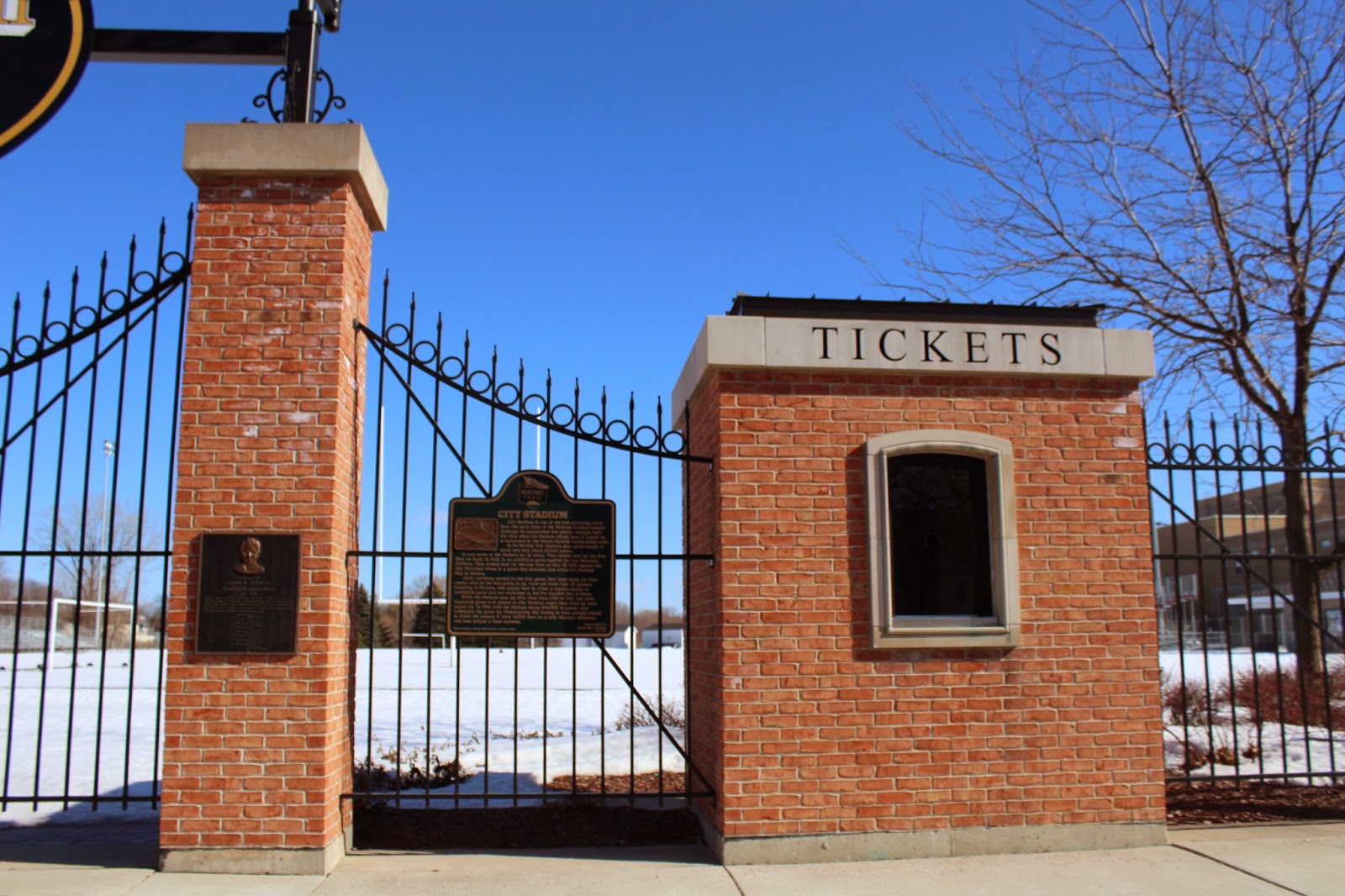 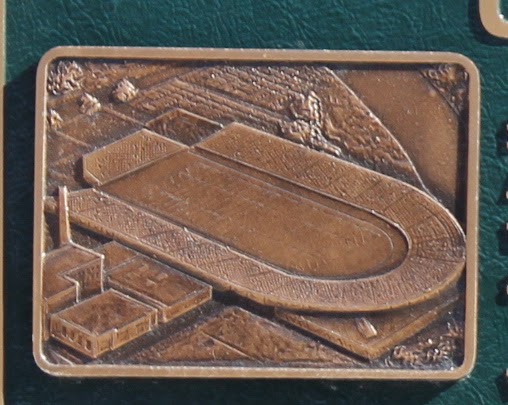 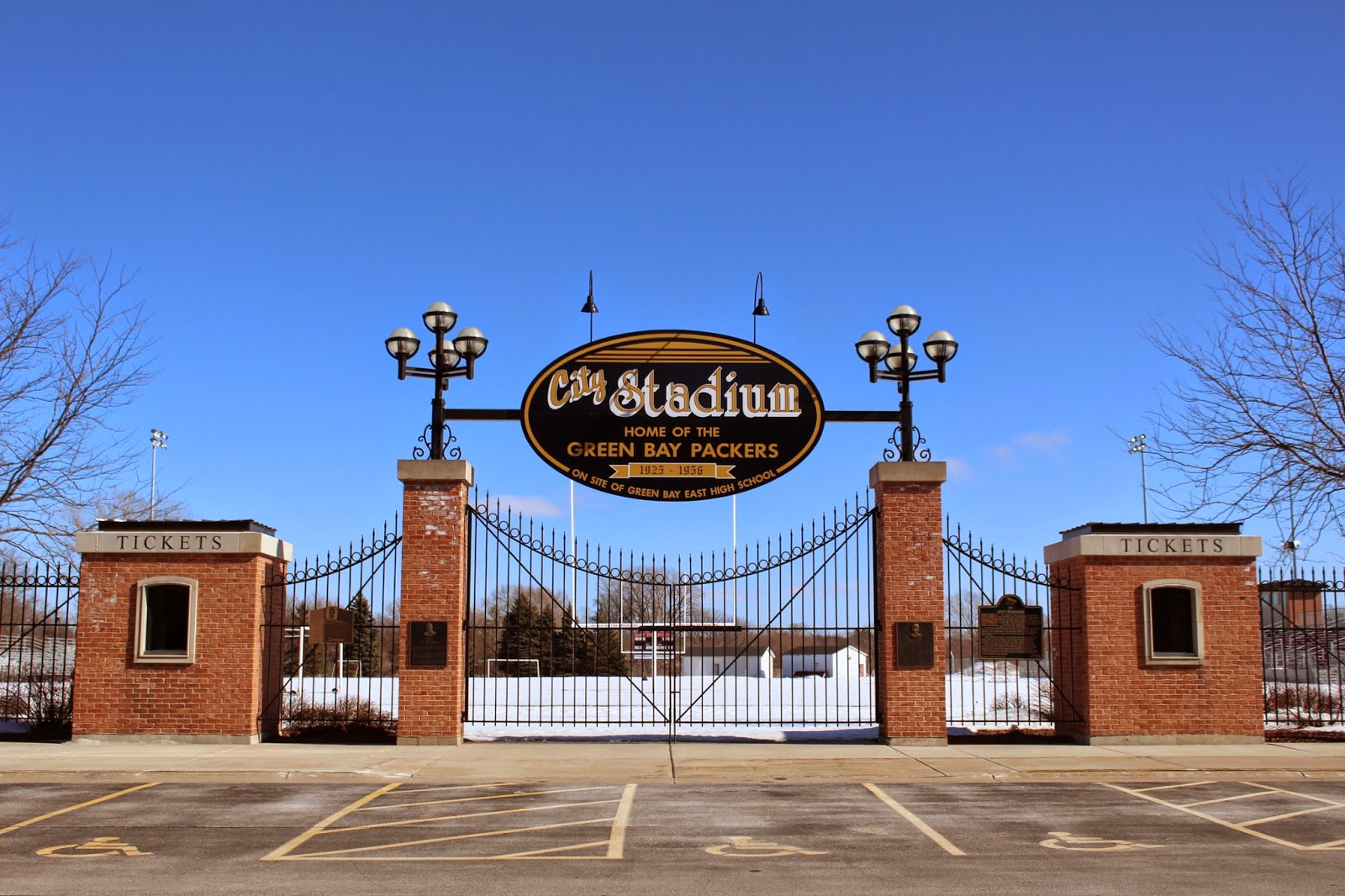 The marker is to the right of the main entrance to City Stadium. 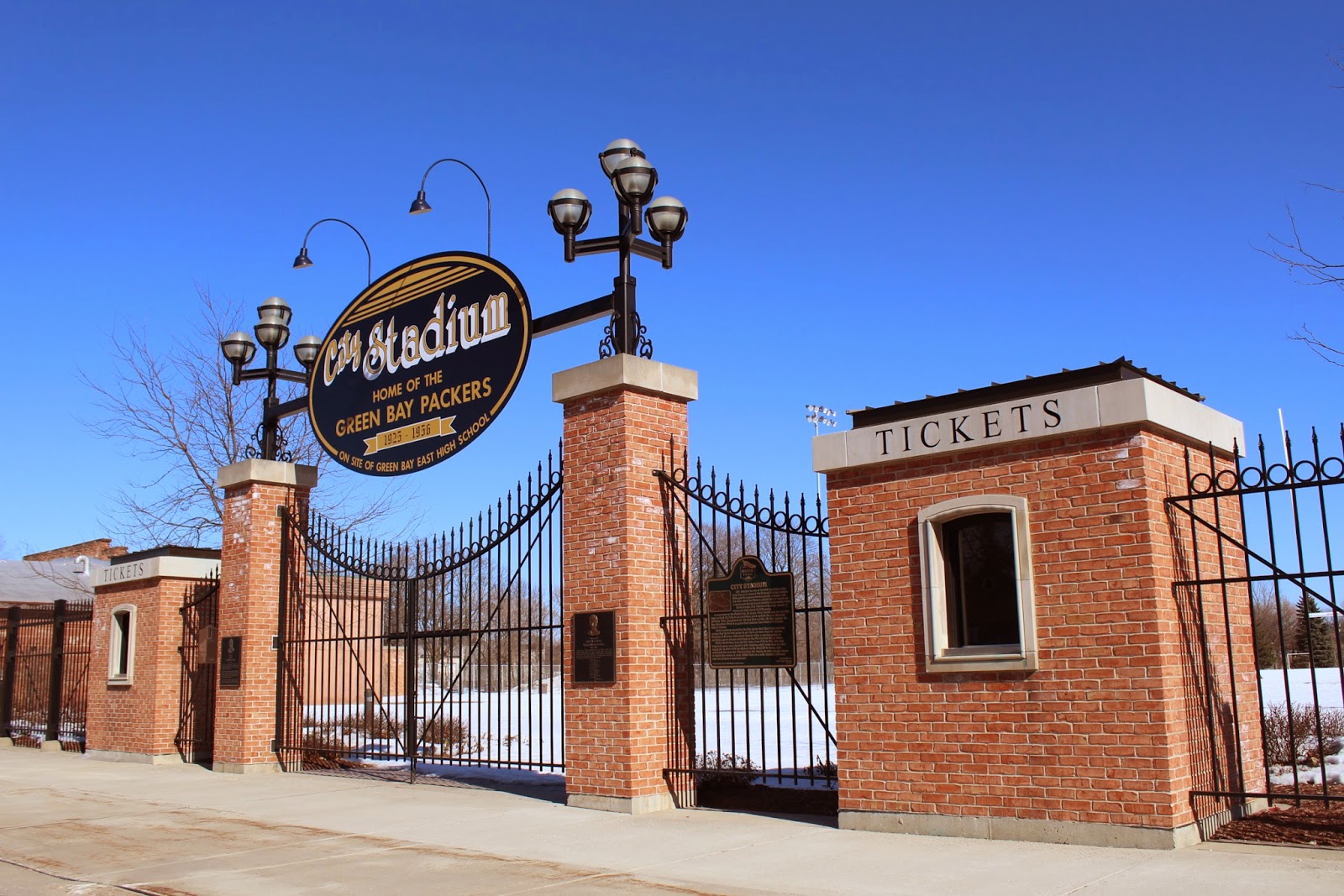 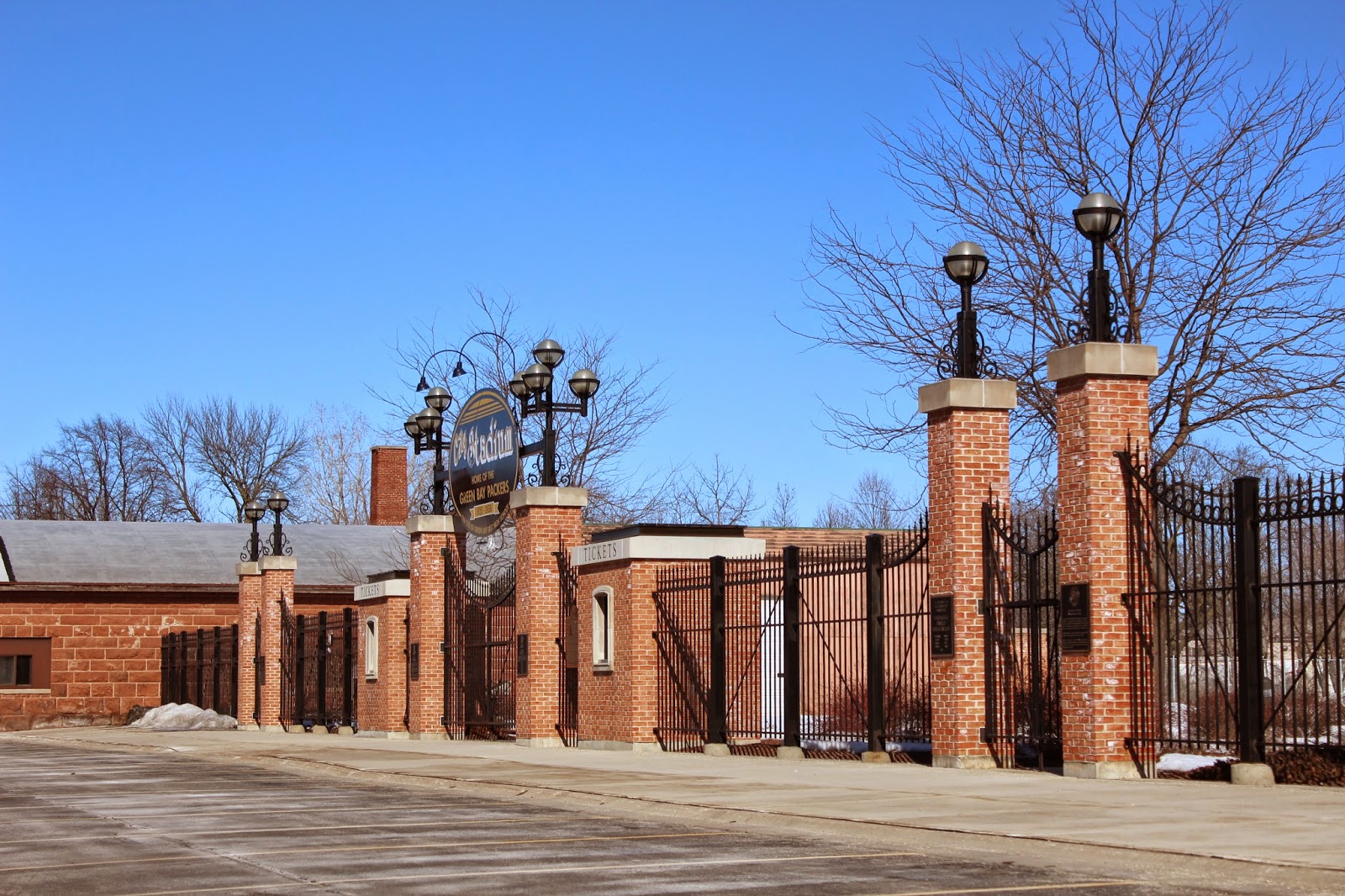 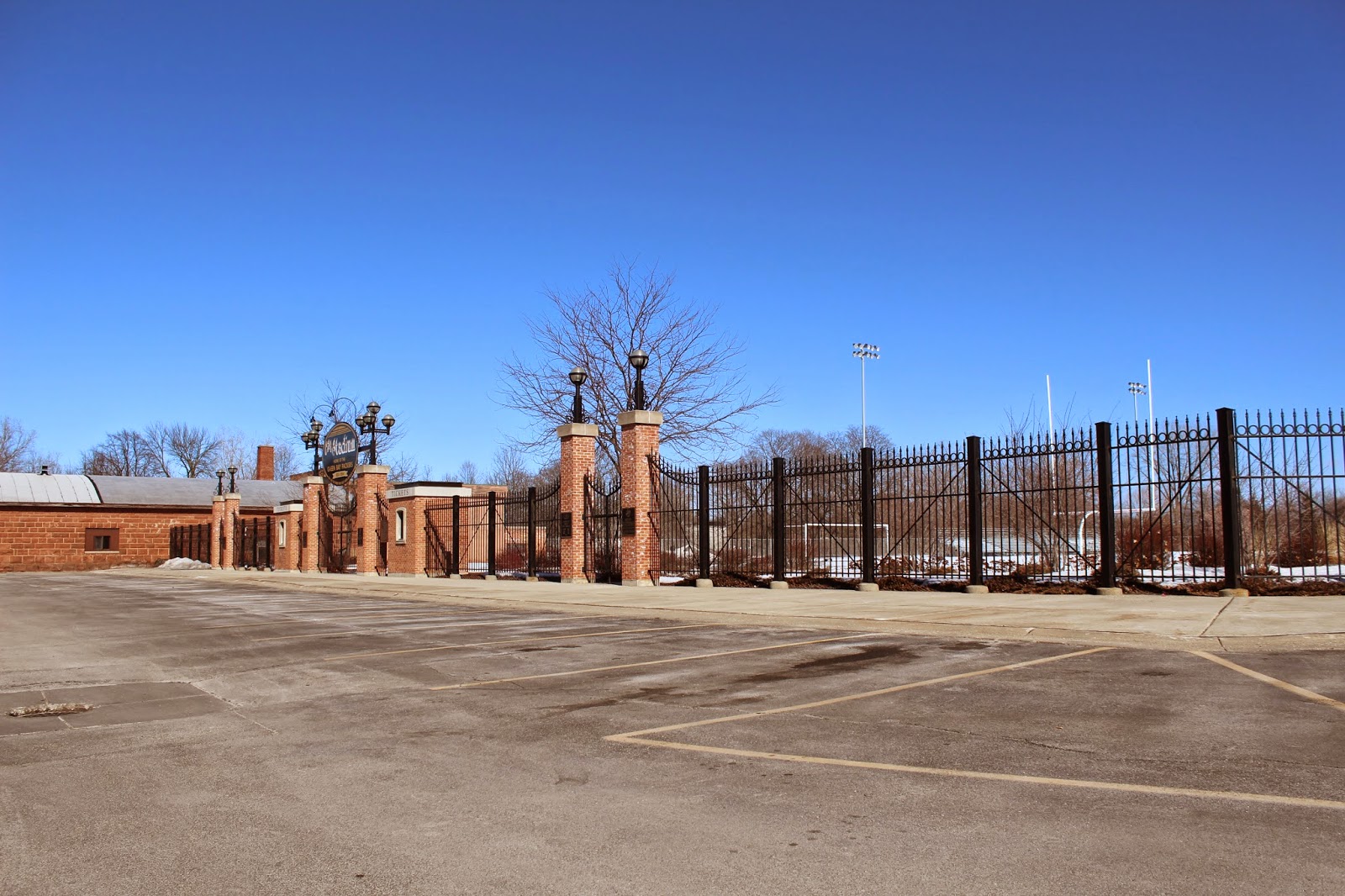