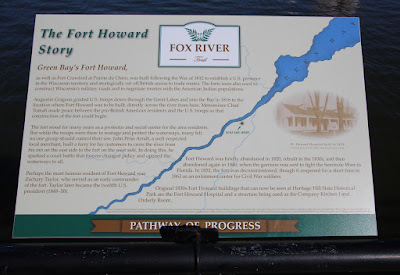 as well as Fort Crawford at Prairie du Chien, was built following the War of 1812 to establish a U.S. presence in the Wisconsin territory and strategically cut off British access to trade routes. The forts were also used to construct Wisconsin's military roads and to negotiate treaties with the American Indian populations.

Augustin Grignon guided U.S. troops down through the Great Lakes and into the Bay in 1816 to the location where Fort Howard was to be built, directly across the river from here. Menominee Chief Tomah made peace between the pro-British American residents and the U.S. troops so that construction of the fort could begin.

The fort stood for many years as a protector and social center for the area residents. But while the troops were there to manage and protect the waterways, many felt no one group should control there use. John Penn Arndt, a well-respected local merchant, built a ferry for his customers to cross the river from his inn on the east side to the fort on the west side. In doing this, he sparked a court battle that forever changed policy and opened the waterways to all.

Perhaps the most famous resident of Fort Howard was Zachory Taylor, who served as an early commander of the fort. Taylor later became the twelfth U.S. President (1848-50).

Fort Howard was briefly abandoned in 1820, rebuilt in the 1830's, and then abandoned again in 1840, when the garrison was sent to fight the Seminole Wars in Florida. In 1852, the fort was decommissioned, though it reopened for a short time in 1863 as an enlistment center for Civil War soldiers.

Original 1830's Fort Howard buildings that can now be seen at Heritage Hill State Historical Park are the Fort Howard Hospital and a structure being used as the Company Kitchen I and Orderly Room.

NOTE: Locating this marker can be tricky, so look for the landmarks around the marker -- the bridge, the brick tower -- to help you find it.

See also related markers, Zachary Taylor Statue and Marker and Fort Howard Stockade, directly across the river from this location.

This marker is one in a series of 12 interpretative signs placed along the Fox River Trail from downtown Green Bay to the Village of Allouez. These signs feature topics related to the history of the Green Bay area associated with the Fox River and also focuses on the importance of the Port of Green Bay in our community. Click here for a list of all markers included in the series. 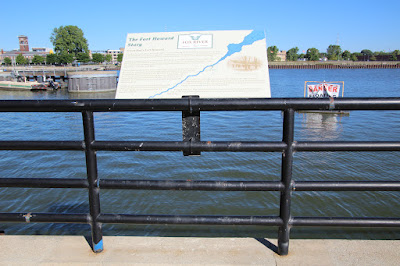 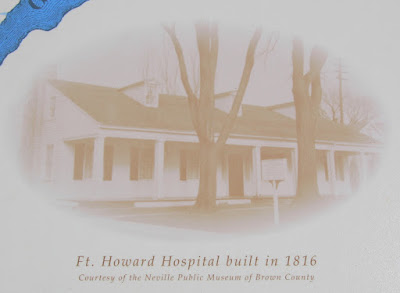 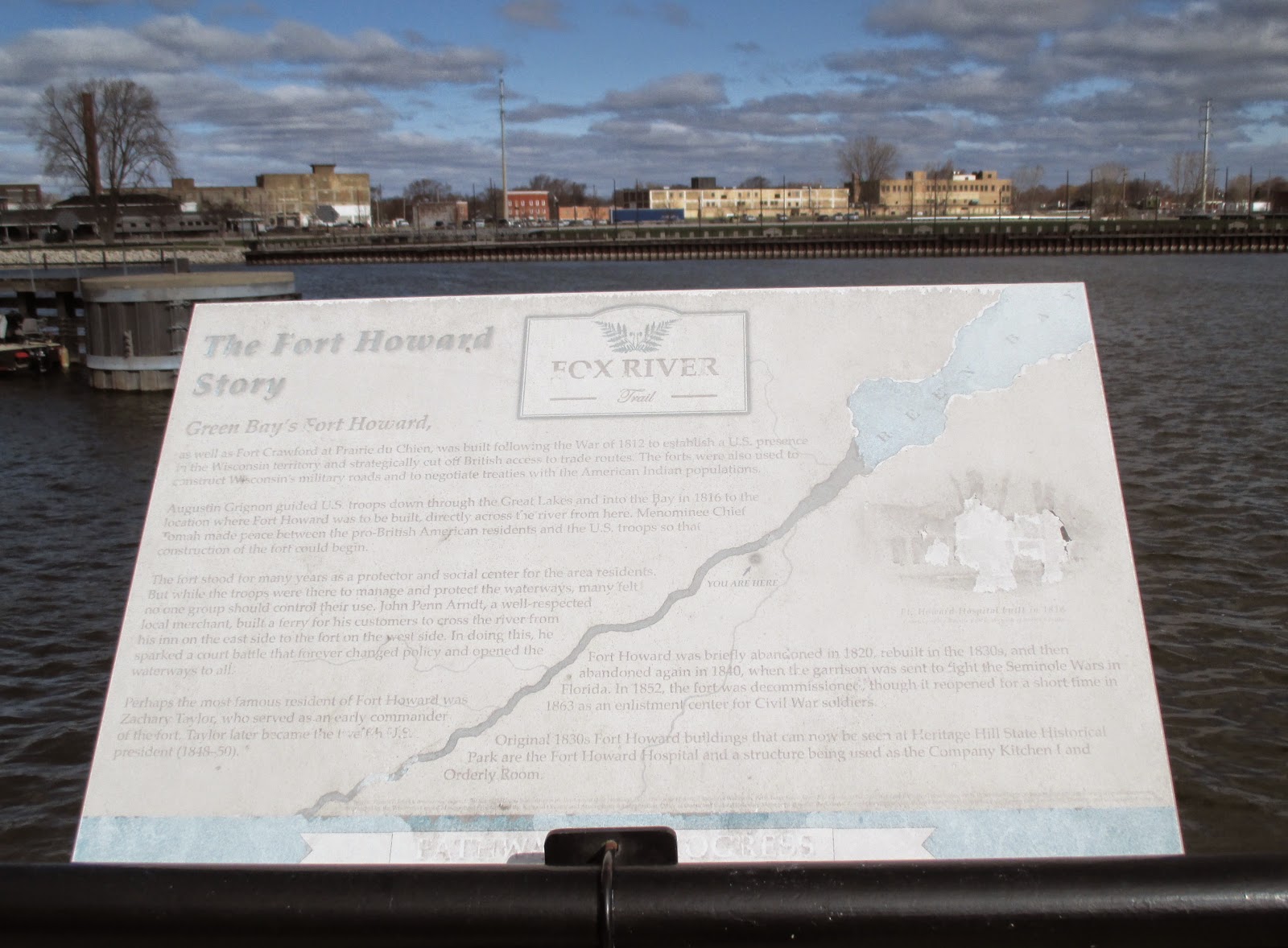 The marker was badly faded when first photographed in March 2014. 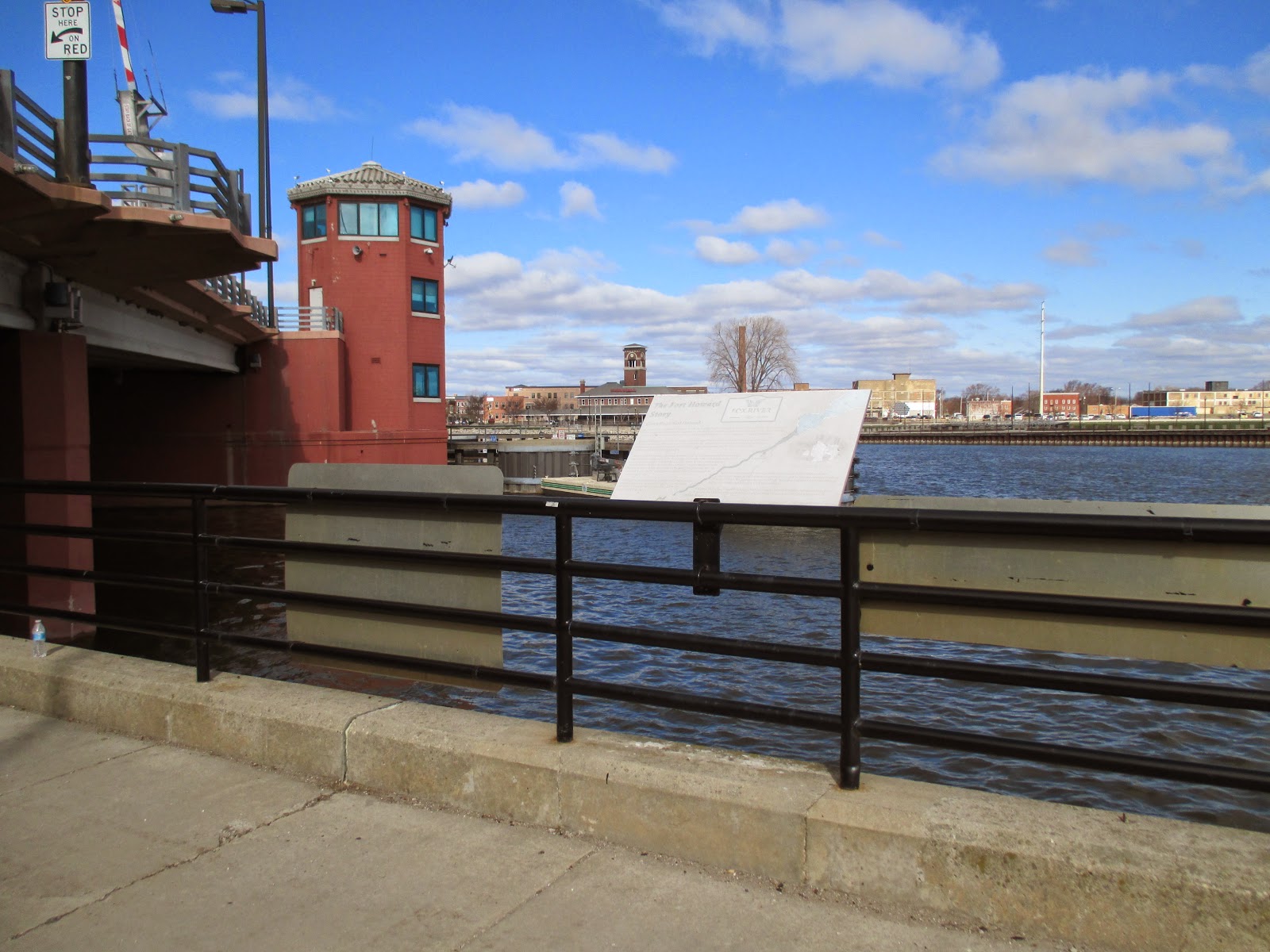 Looking west, with the Fox River in the background. 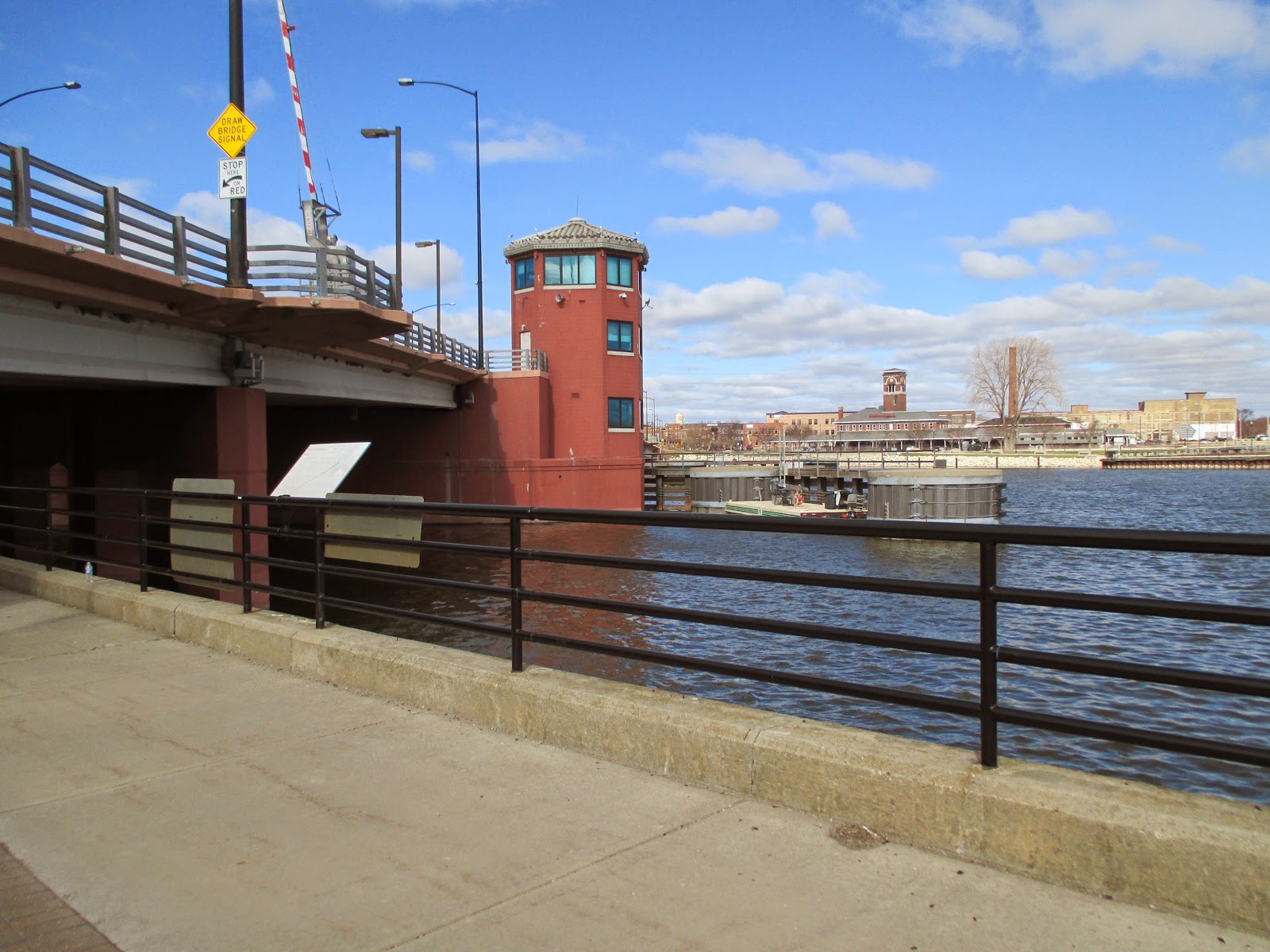 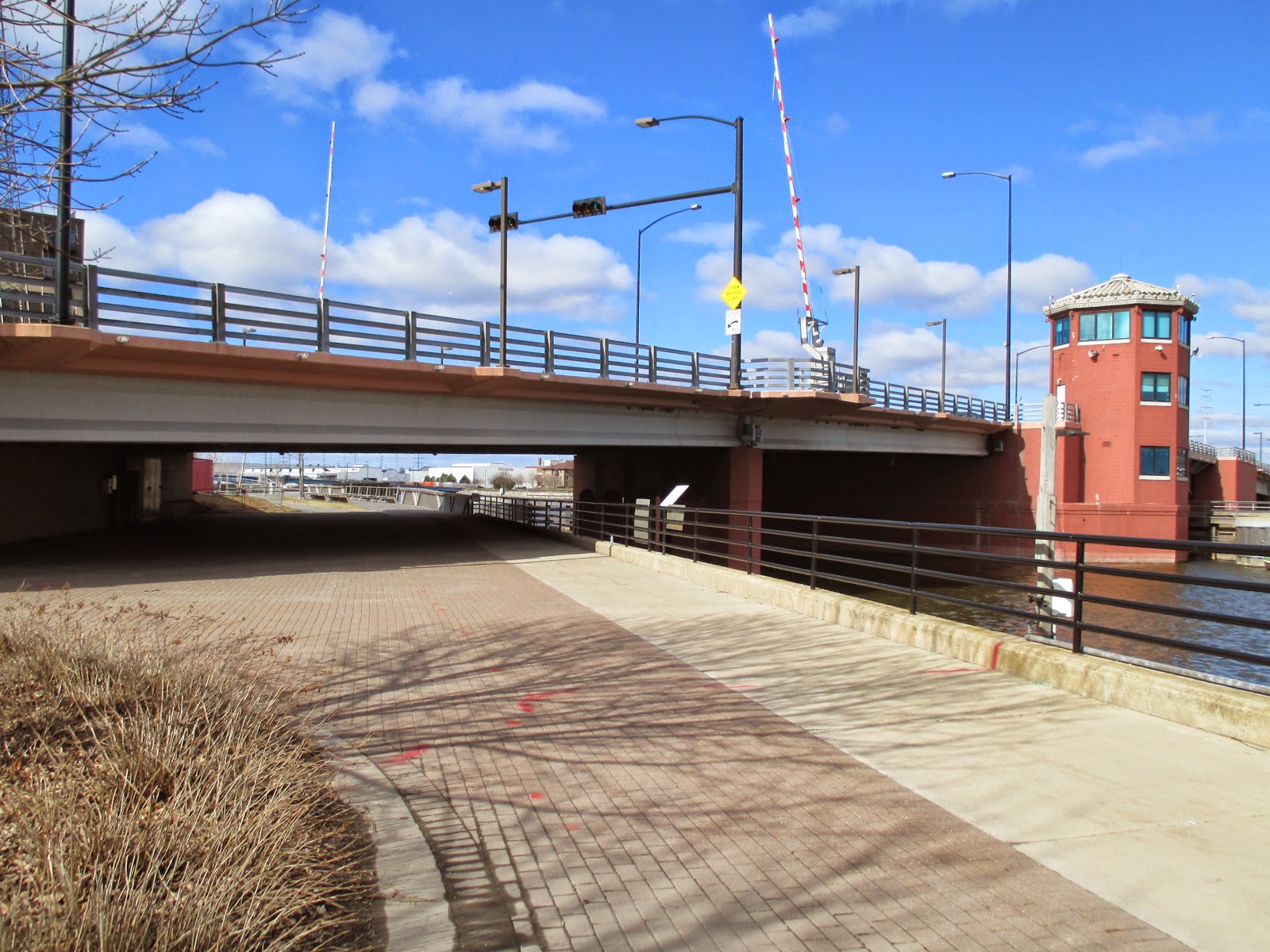 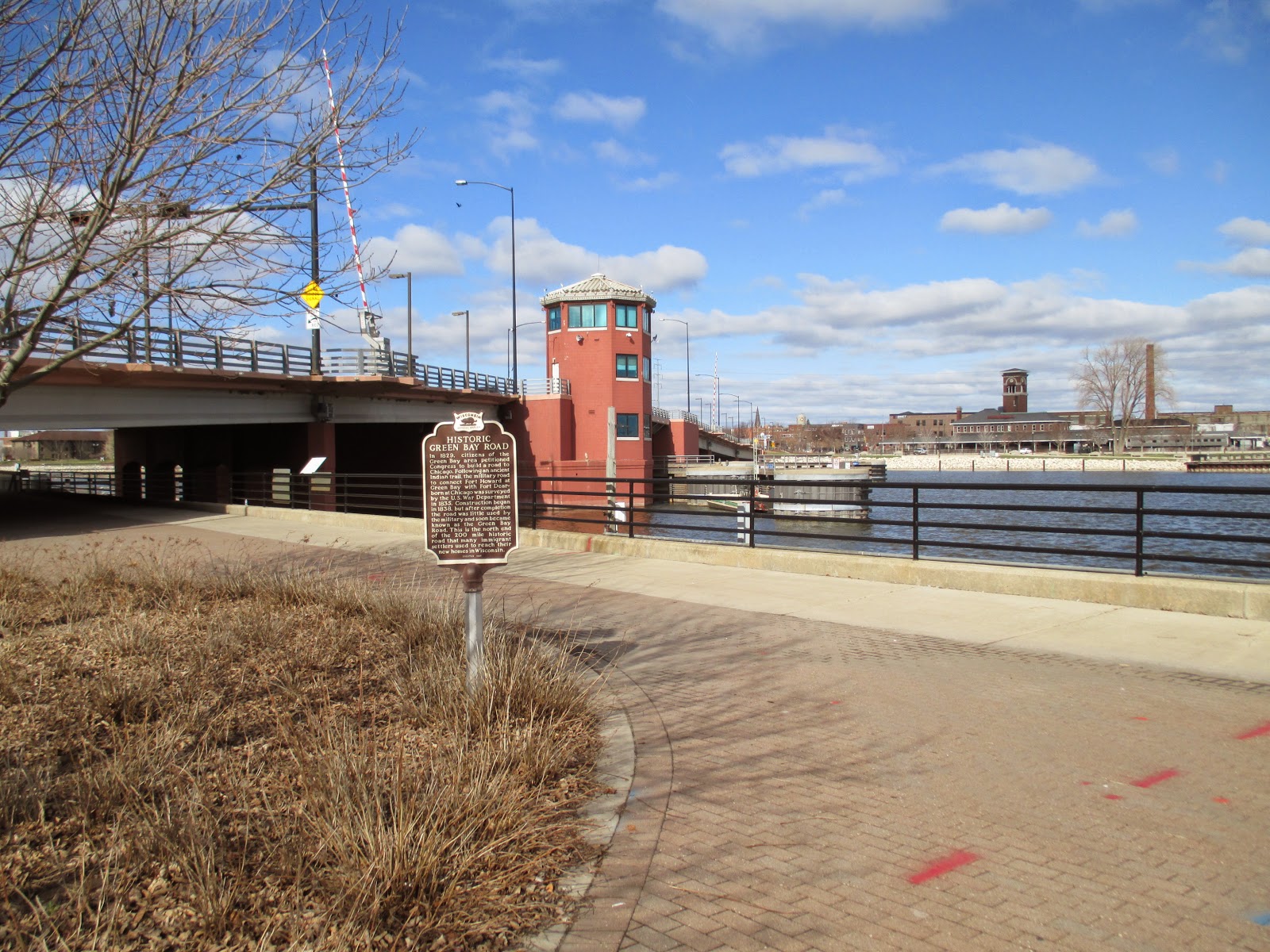 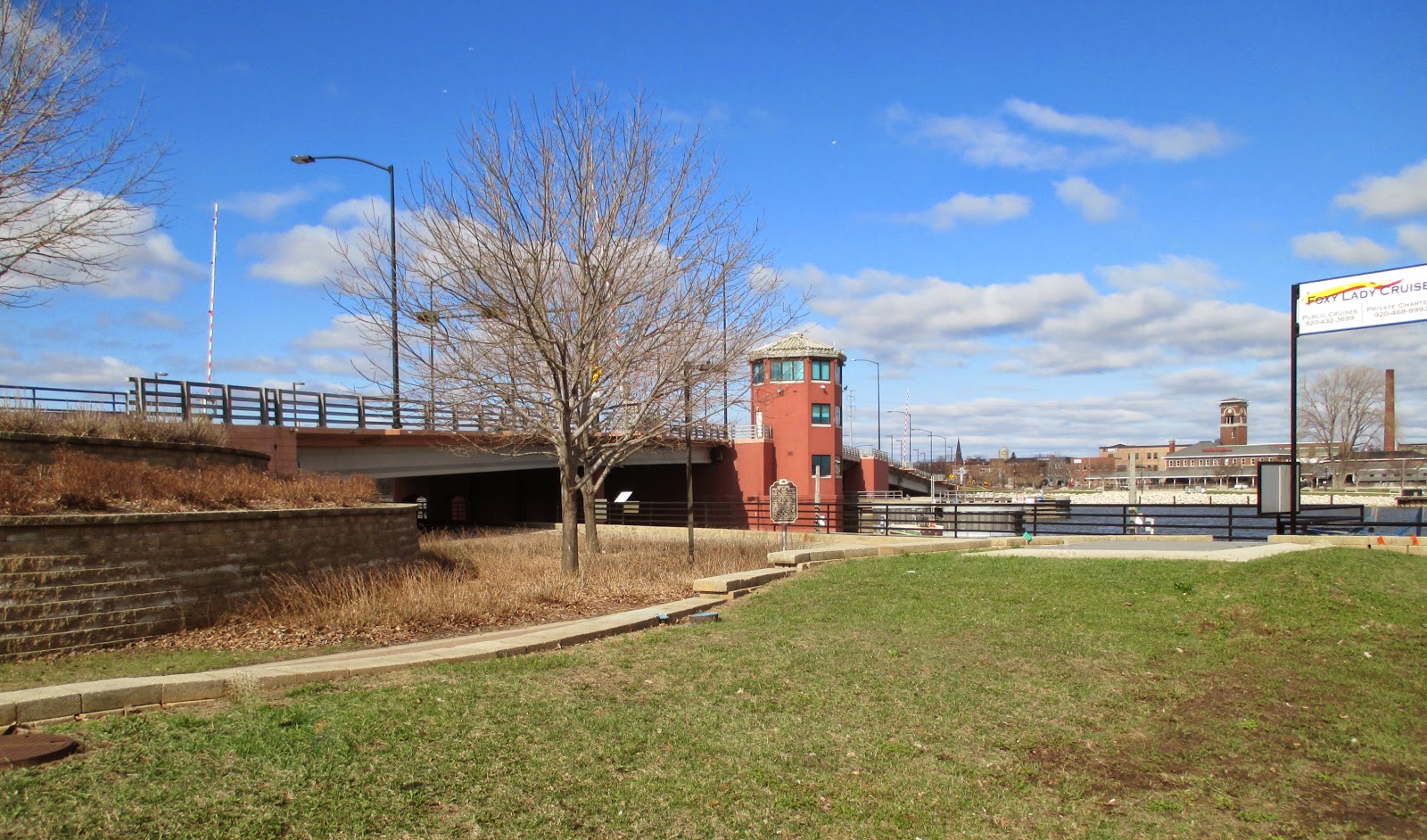 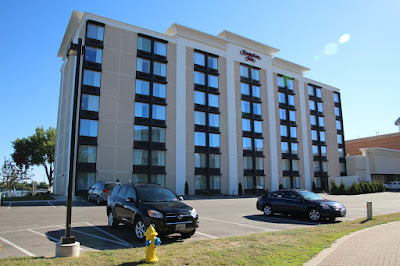 Plenty of short-term parking at the Hampton Inn parking lot
(but don't leave your car for long or risk being towed).