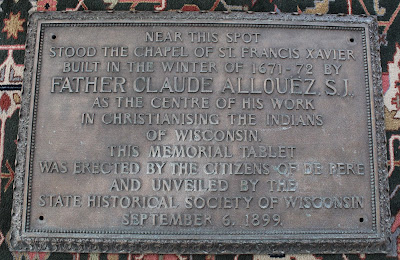 
Near this spot
stood the Chapel of St. Francis Xavier
built in the winter of 1671-72 by
FATHER CLAUDE ALLOUEZ, S.J.
as the centre of his work
in Christiansing the indians
of Wisconsin.
This memorial tablet
was erected by the Citizens of De Pere
and unveiled by the
State Historical Society of Wisconsin
September 6, 1899

The marker is no longer at its original location at the base of the Allouez Bridge in east De Pere. It is now housed at the De Pere Historical Society / White Pillars, 403 North Broadway, at its intersection with Cass Street, De Pere, Wisconsin 54115.

NOTE: I believe this may be the oldest Wisconsin historical marker I've located to date. 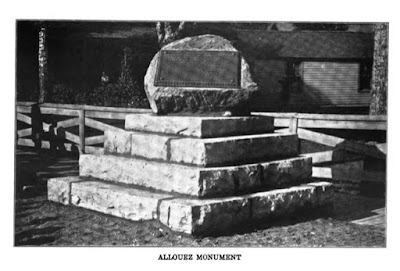 The monument as it appeared when first erected. 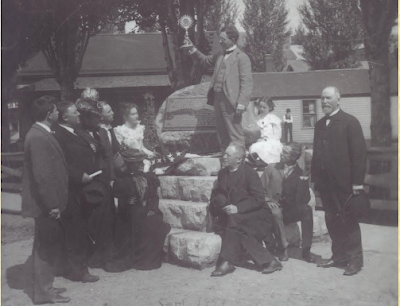 Dedication of the monument on September 6, 1899.
Reuben Gold Thwaites stands atop the monument holding
the only surviving artifact of the Mission of Saint Francis Xavier,
the Perrot Monstrance given to the Jesuit Missionaries of De Pere in 1686.
Photo used with generous permission of
De Pere Historical Society / White Pillars
and is part of its MARS Collection 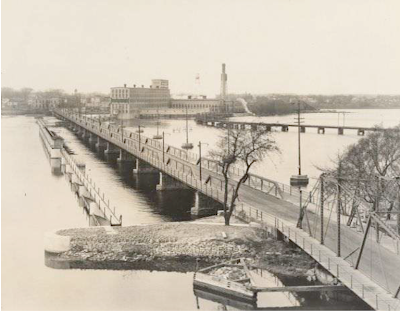 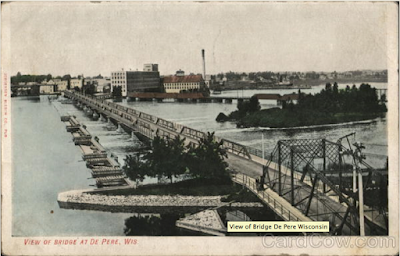 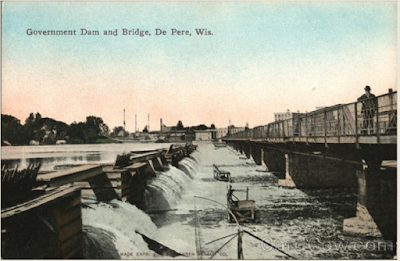 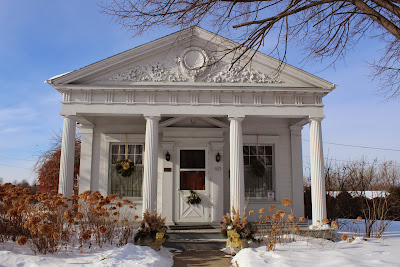 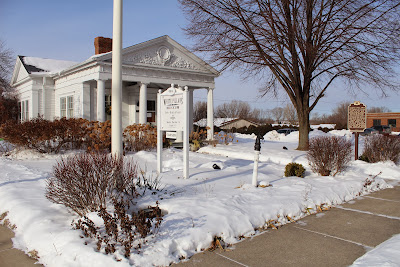 The marker is located in De Pere, Wisconsin.