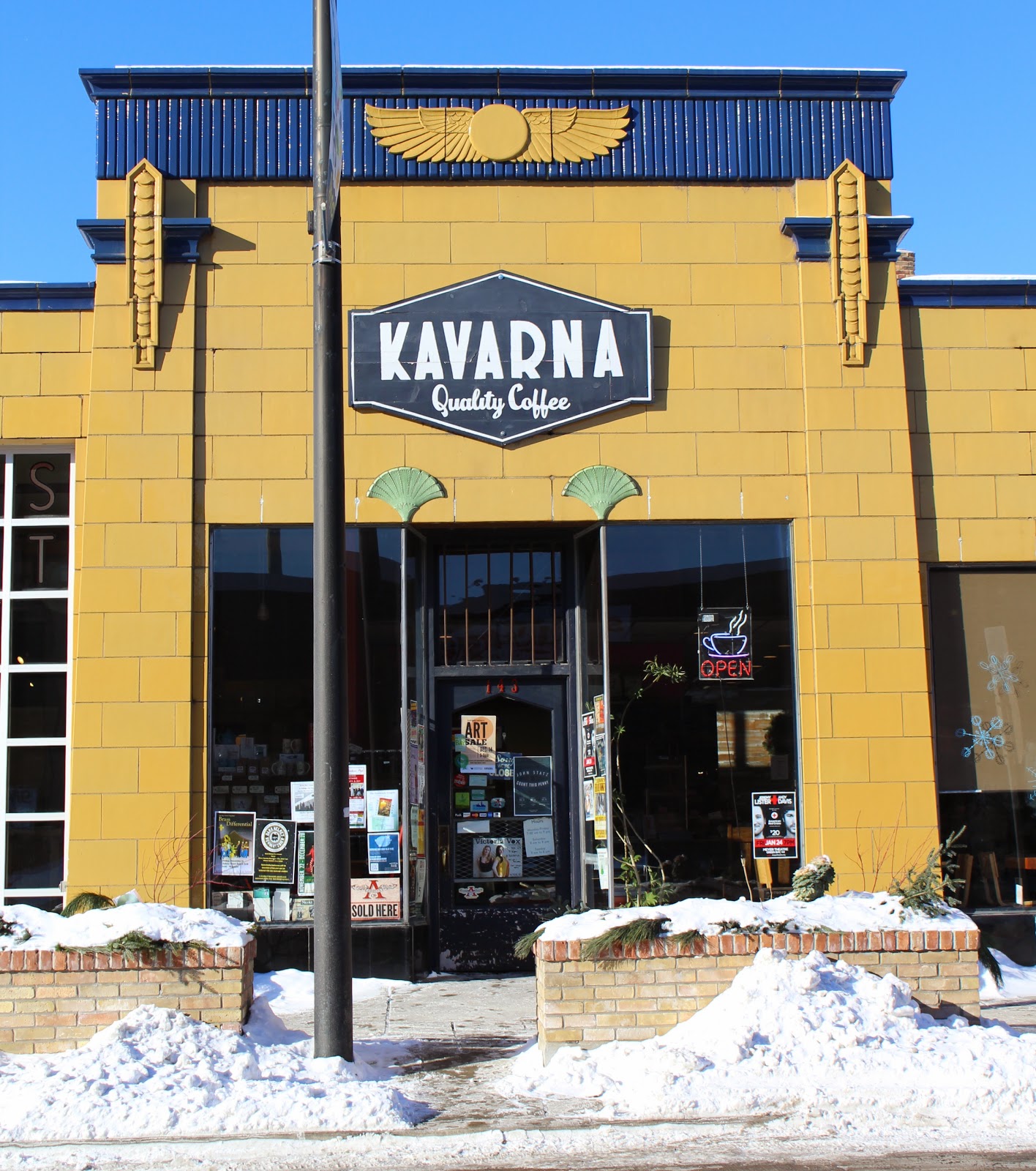 The property was recognized in 2002 by the Green Bay Historic Preservation Commission and received an award for "Architectural Significance".


Additional Information: Three part facade with a dominant central motif and subordinate side elements. The central mass is framed by two battered pilasters giving the whole center section of the facade a resemblance to Egyptian pylon gateways. These pilasters terminate in decorated capitals with a single large cavette capital bisected by an elongated dart. Above the pilaster capitals is a wide blue terra cotta parapet with stylized leaves formed by thin vertical increased lines in typical Egyptian fashion. In the center of the parapet is a stylized terra cotta sun disk. The pilasters flank the entrance door centered between two display windows both having later carrara kick plates. There are also two half-round blue terra cotta medallions in the shape of lotus leaves above the door. The entire facade of the building is covered in original yellow ceramic tile.

The left and right hand sections of the facade have a lower parapet height with simple terra cotta coping. The left side contains the large original garage door. The right hand side contains a display window with later cararra glass kick plate below.

143 North Broadway is a rare example of the 1920s Egyptian Revival style applied to a small automobile service garage. The correct design of much of the decorative elements is impressive in so small a building and contributes to the exotic feel of the whole, an exoticism which is emphasized by the striking use of color in the differing facade elements. The significance of the building is heightened by the largely original state and the excellent condition of the whole. 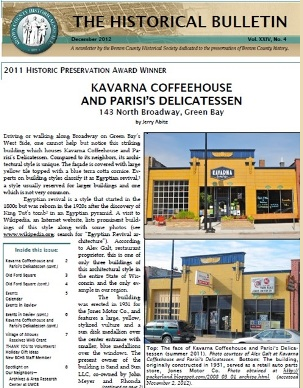 Click here to read the entire history of Kavarna Coffeehouse in the December 2012 edition of Brown County Historical Society's The Historical Bulletin. 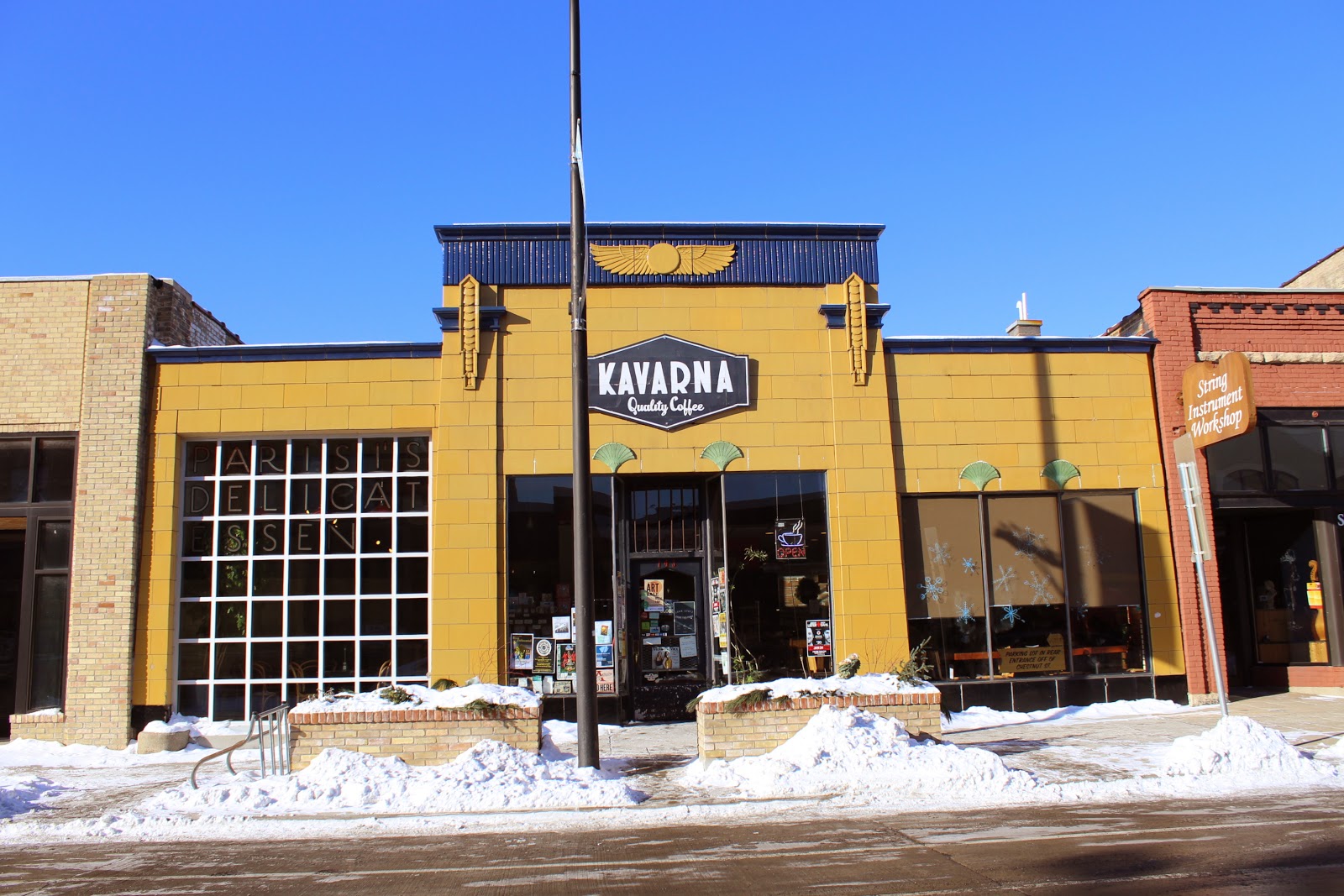 This is a beautiful building! 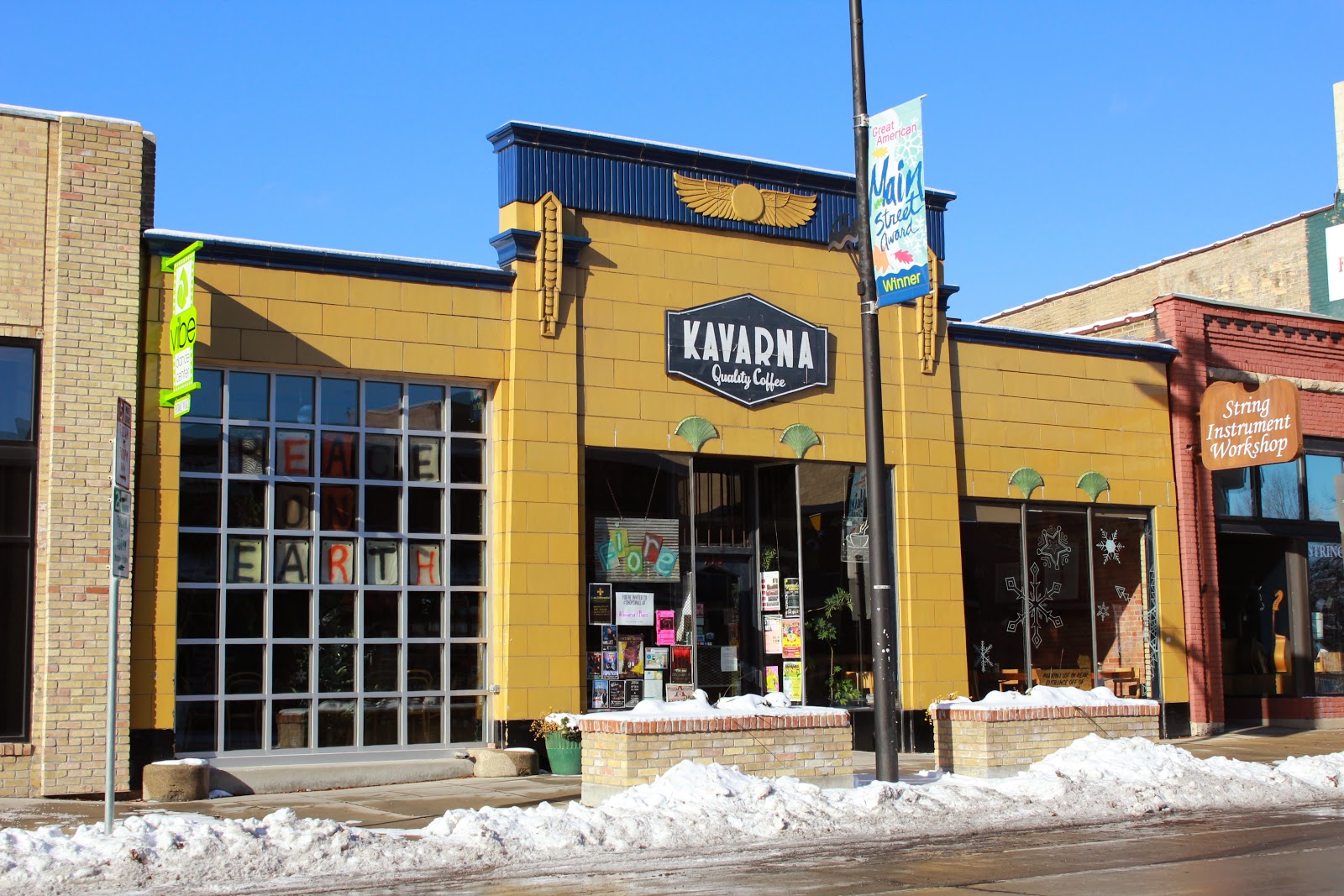