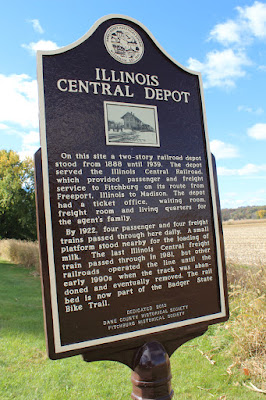 On this site a two-story railroad depot stood from 1888 until 1939. The depot served the Illinois Central Railroad, which provided passenger and freight service to Fitchburg on its route from Freeport, Illinois to Madison. The depot had a ticket office, waiting room, freight room and living quarters for the agent's family.

By 1922, four passenger and four freight trains passed through here daily. A small platform stood nearby for the loading of milk. The last Illinois Central freight train passed through in 1981, but other railroads operated the line until the early 1990s when the track was abandoned and eventually removed. The rail bed is now part of the Badger State Bike Trail.

NOTE: This is a two-sided marker. See also, Fitchburg.

This marker is No. 46 in the Dane County Historical Society Markers Series.

NOTE: A generous thank you!!! to Rich Eggleston for sharing photos of the dedication ceremony (see below). 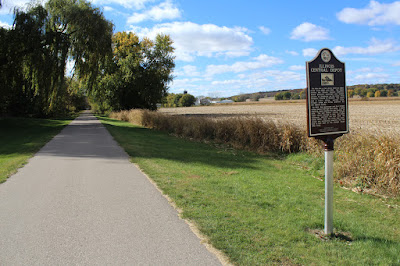 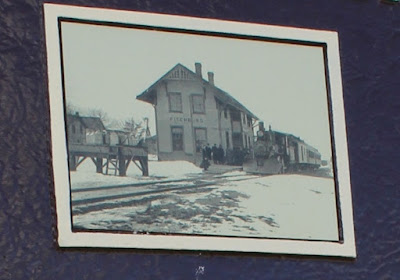 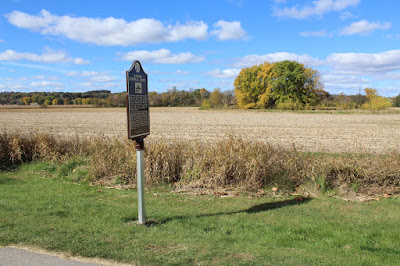 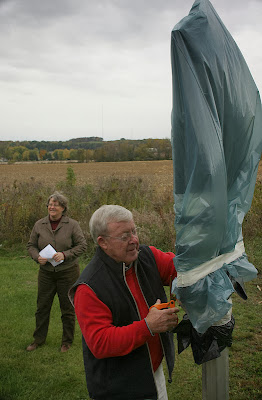 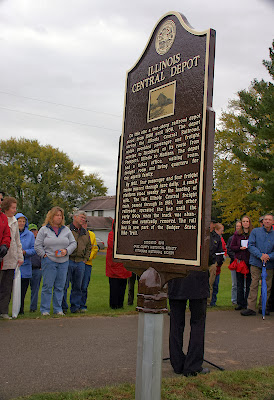 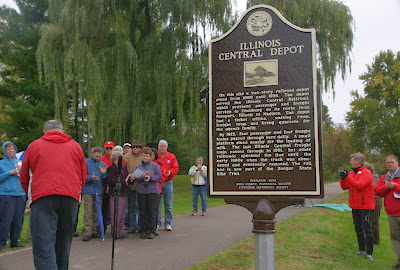 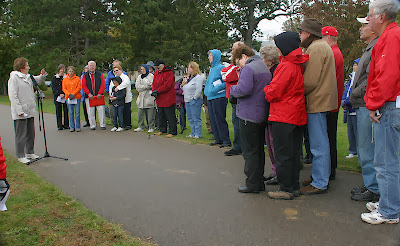 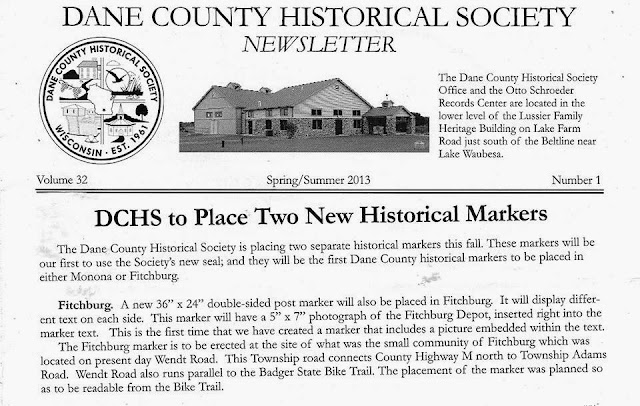