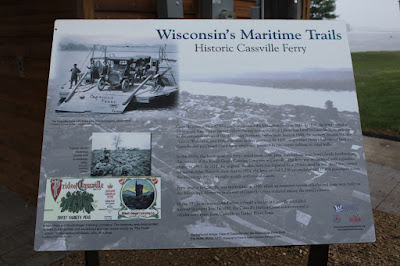 Cassville's first ferry, a 40-foot rowboat, crossed the Mississippi River in 1833. In 1836, the ferry carried a 23-year-old New Yorker named Nelson Dewey across the river. Dewey was lured to Cassville by its promise as the potential capital of the Wisconsin Territory. Twelve years later, in 1848, the territory became the new state of Wisconsin, and Dewey became its first governor. By 1858, ex-governor Dewey had moved back to Cassville and purchased a new ferry, which was powered by two horses walking on tread mills.

In the 1890s, the horse-powered ferry carried sweet corn, peas, and cabbage from Iowa's fertile farmlands to the cannery of the Klindt Geiger Canning Company in Cassville. The ferry was modernized with a gasoline engine in 1913. In 1918, the original, wooden ferry was replaced by a 25-ton, steel-hulled vessel that carried six automobiles. Records show that in 1924, the ferry carried 2,238 automobiles and 17,456 passengers across the Mississippi during its eight-month operational season.

Ferry service in Cassville was interrupted in 1940, when an extensive system of locks and dams were built on the Mississippi. However, memories of Cassville's ferry endured among the town's citizens.

In the 1970s, an unsuccessful effort to build a bridge at Cassville rekindled interest in a ferry line. In 1988, the Cassville Harbor Commission restored a regular ferry route from Cassville to Turkey River, Iowa. 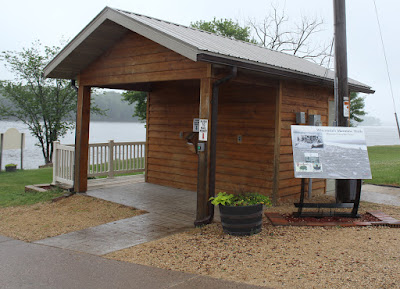 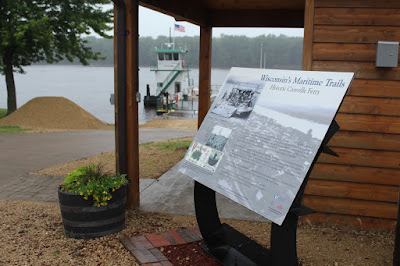 With the Cassville Ferry and Mississippi River in the background . . . 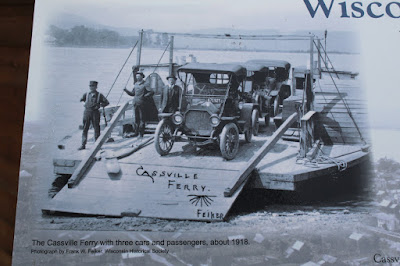 The Cassville Ferry with three cars and passengers, about 1918. 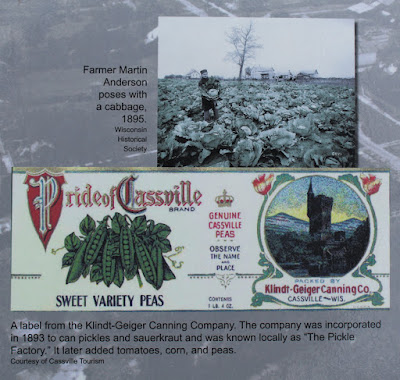 Farmer Martin Anderson poses with a cabbage, 1895. (photo above)

A label from the Klindt-Geiger Canning Company, The company was incorporated in 1893 to can pickles and sauerkraut and was known locally as "The Pickle Factory." It later added tomatoes, corn, and peas. (photo below) 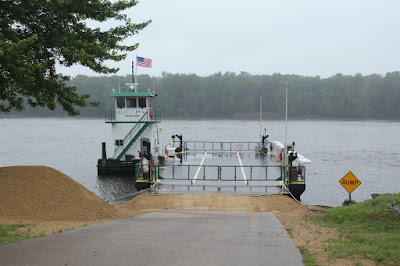 The Casville Ferry and the Mississippi River.