The river has been significant as a pathway and as a barrier to be crossed.

Before the arrival of Europeans, the Ho-Chunk (Winnebago), Menominee, and Dakota were the main Native American Nations in Wisconsin. Many others including Kickapoo, Mascouten, Meskwaki (Fox), Miami, Ojibwe, Oneida, Ottawa, Potawatomi, and Sauk, passed through Wisconsin, or stayed to make new homes.

In the late 1600s, European missionaries, fur traders, and settlers traveled through Wisconsin along river corridors. Green Bay and Prairie du Chien, originally established as French trading posts, became the first permanent European settlements along the Fox and Wisconsin River route. In the early 1800s, the Ho-Chunk, Meskwaki, Potawatomi, and Sauk living in this area saw the arrival of pioneer settlers and Welsh and Cornish lead miners.

Fort St. Nicholas, the first of many forts along the Mississippi near Prairie du Chien, was built by the French in the late 1680s. The United States later constructed Fort Shelby to protect American settlers and fur traders. British and Indian forces captured it during the War of 1812, renaming it Fort McKay. After the war, the United States built a larger structure, Fort Crawford, on the same location. 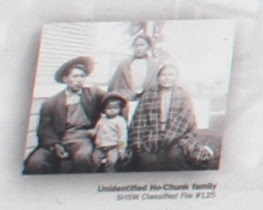 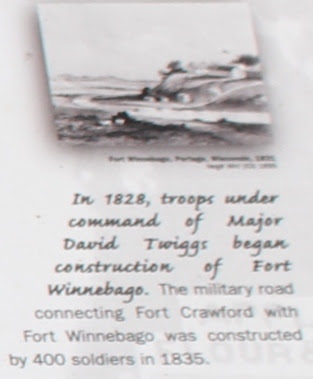 In 1828, troops under command of Major David Twiggs began construction of Fort Winnebago. The military road connecting Fort Crawford with Fort Winnebago was constructed by 400 soldiers in 1835.

Today there are twelve Native American Nations and Tribes in Wisconsin -- Brothertown, Ho-Chunk, Menominee, six bands of Ojibwe, Oneida, Potawatomi, and Stockbridge-Munsee. Each has a unique heritage, reflected today by their rich cultural traditions. 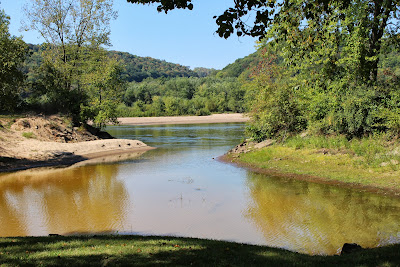 View of the Wisconsin River from marker location. 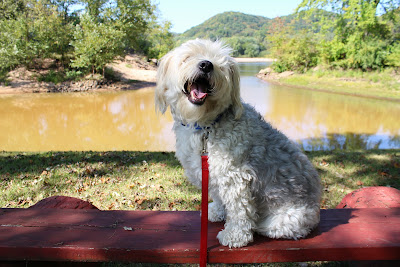 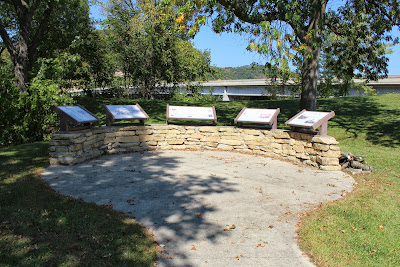 There are five markers in this series . . . 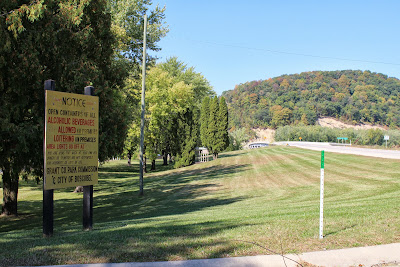 The yellow sign is at the entrance to the park . . . 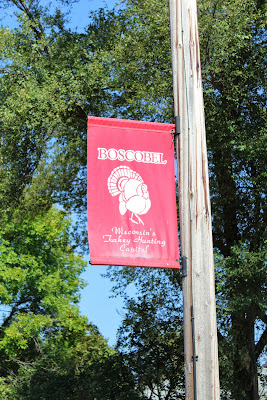 The marker is located in Boscobel, Wisconsin.