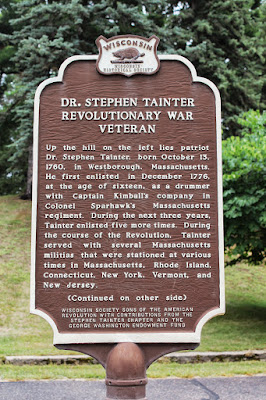 Up the hill on the left lies patriot Dr. Stephen Tainter, born October 13, 1760, in Westborough, Massachusetts. He first enlisted in December 1776, at the age of sixteen, as a drummer with Captain Kimball's company in Colonel Sparhawk's Massachusetts regiment. During the next three years, Tainter enlisted five more times. During the course of the Revolution, Tainter served with several Massachusetts militias that were stationed at various times in Massachusetts, Rhode Island, Connecticut, New York, Vermont, and New Jersey.

According to his pension application, after the war Tainter practiced "physic" (medicine) for about thirty years in various places, including Somers, Connecticut; Bradford and New Fane, Vermont; Ludlow and Sheldon, Massachusetts; and Gainesville and Wethersfield, New York. In 1839, Dr. Tainter moved west to Prairie du Chien, Wisconsin Territory, to live with his children. In 1846, he moved to Utica, Crawford County. There, Stephen Tainter died on July 11, 1847, at the age of 86 years, 9 months. Later his grandson, Captain Andrew Tainter, relocated his body to Evergreen Cemetery, Menomonie, where he rests today.

NOTE: This is a two-sided marker, continuing from one side to the other. 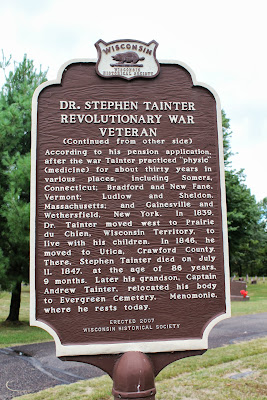 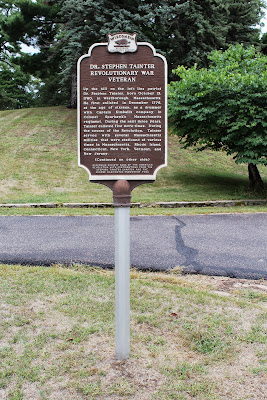 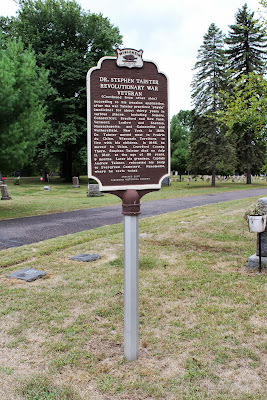 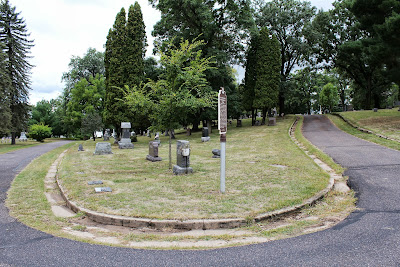 Travel up the hill on the road to the right
to Dr. Tainter's burial site . . . 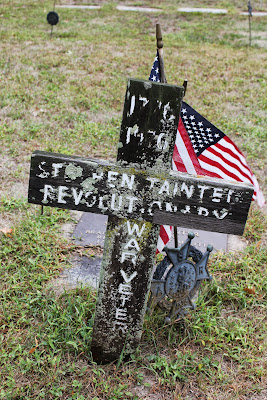 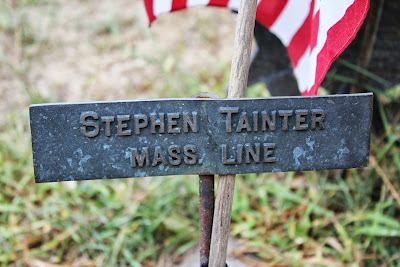 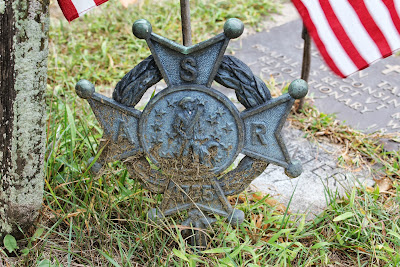 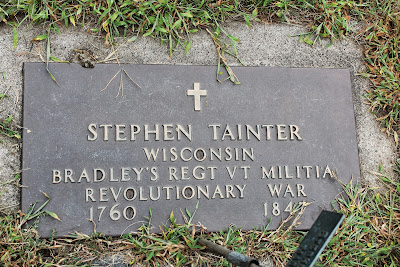 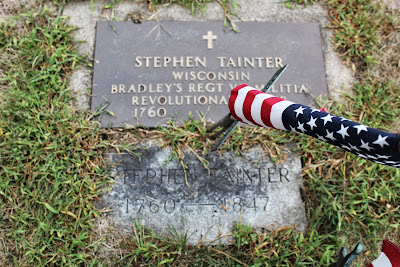 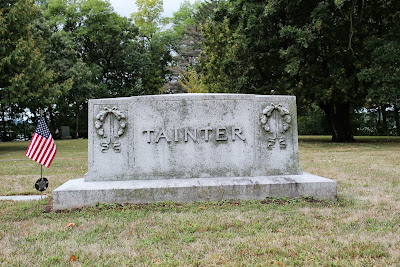 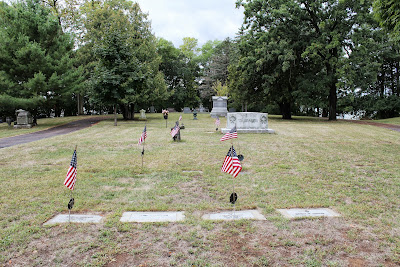 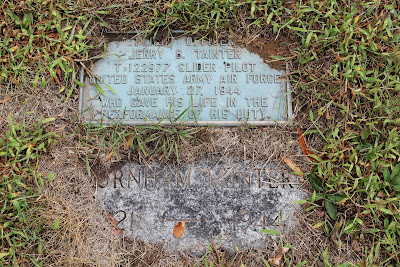 Descendants of Dr. Tainter who also served this country. 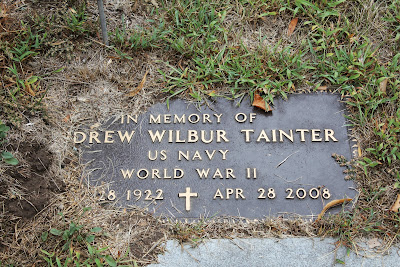 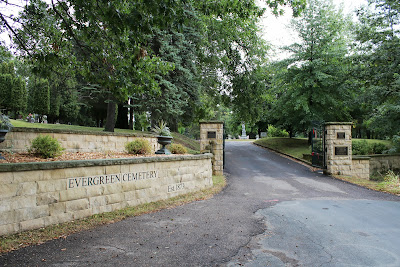 The entrance to Evergreen Cemetery, in Menomonie, Wisconsin.