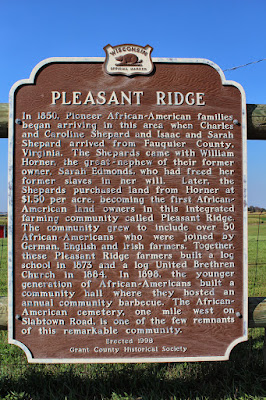 In 1850, pioneer African-American families began arriving in this area when Charles and Caroline Shepard and Isaac and Sarah Shepard arrived from Fauquier County, Virginia. The Shepards came with William Horner, the great-nephew of their former owner, Sarah Edmonds, who had freed her former slaves in her will. Later the Shepards purchased land from Horner for $1.50 per acre, becoming the first African-American landowners in this integrated farming community called Pleasant Ridge. The community grew to include over 50 African-Americans, who were joined by German, English and Irish farmers. Together these Pleasant Ridge farmers built a log school in 1873 and a log United Brethren Church in 1884. In 1898, the younger generation of African-Americans built a community hall where they hosted an annual community barbecue. The African-American cemetery, one mile west on Slabtown Road, is one of the few remnants of this remarkable community.

The marker is located on Slab Town Road, at its intersection with Wisconsin Route 35/81, Lancaster, Wisconsin 53813. 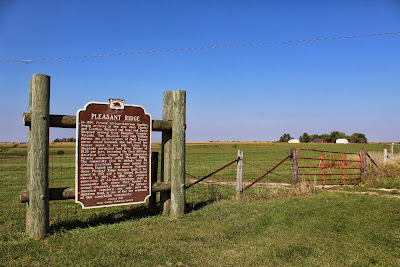 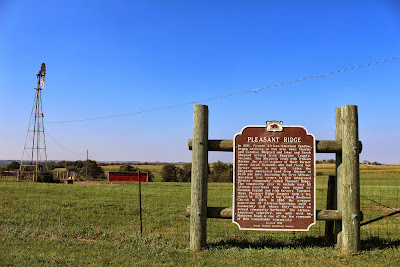 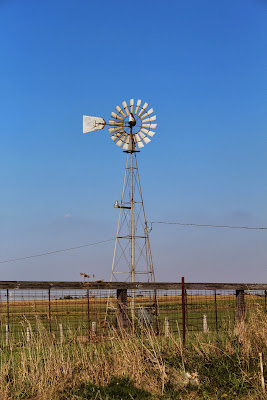