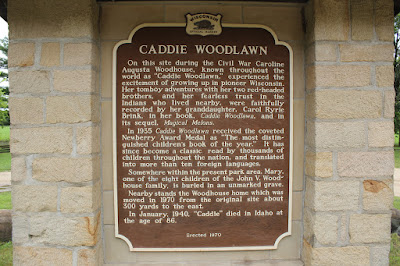 On this site during the Civil War Caroline Augusta Woodhouse, known throughout the world as "Caddie Woodlawn," experienced the excitement of growing up in pioneer Wisconsin. Her tomboy adventures with her two red-headed brothers, and her fearless trust in the Indians who lived nearby, were faithfully recorded by her grand-daughter, Carol Ryrie Brink, in her book, Caddie Woodlawn, and in its sequel, Magical Melons.

In 1935 Caddie Woodlawn received the coveted Newbery Award Medal as "The most distinguished children's book of the year." It has since become a classic, read by thousands of children throughout the nation, and trans­lated into more than ten foreign languages.

Somewhere within the present park area, Mary, one of the eight children of the John V. Woodhouse family, is buried in an unmarked grave.

Nearby stands the Woodhouse home, which was moved in 1970 from the original site about 300 yards to the east.

The marker is located at Caddie Woodlawn Memorial Park on northbound Highway 25, between 440th Street (to the north) and County Highway Y (to the south), Downsville, Wisconsin 54835. 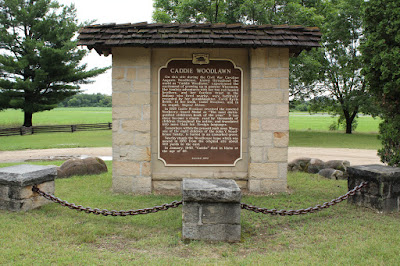 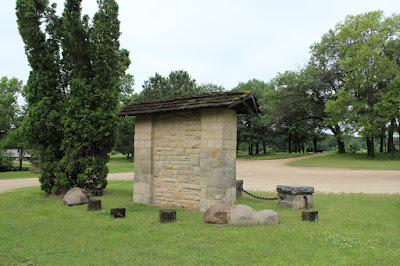 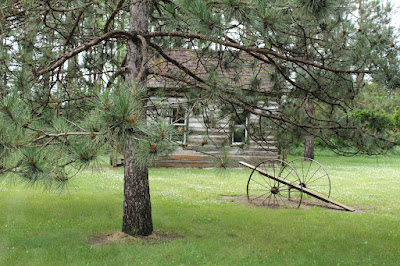 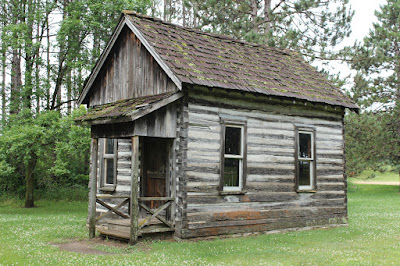 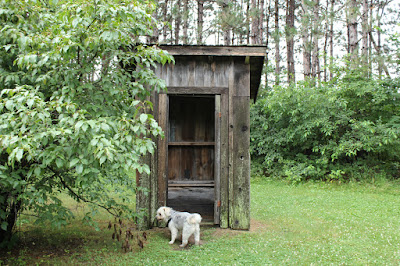 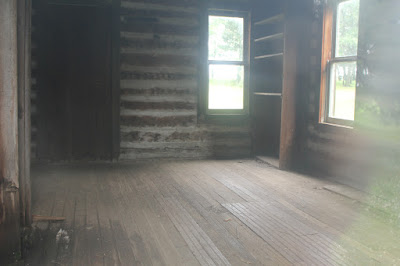 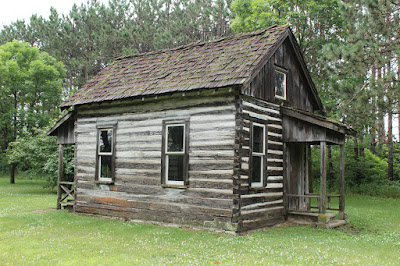 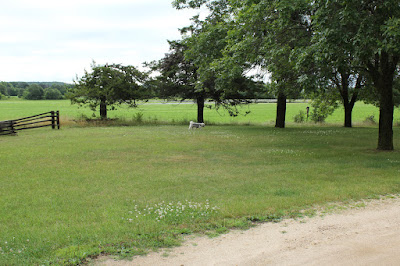 Dexter had a wonderful time exploring. 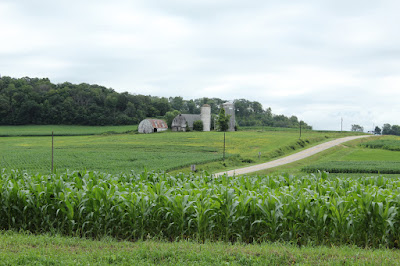 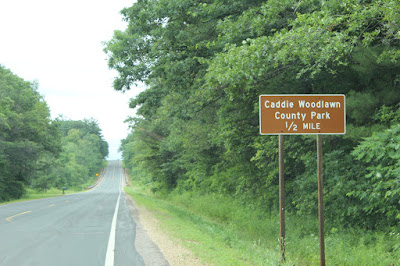 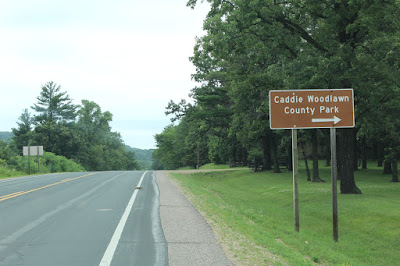 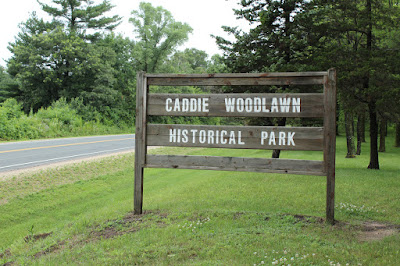 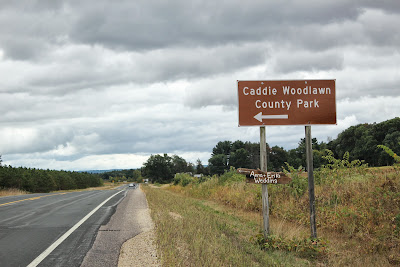