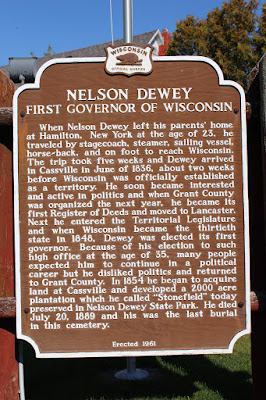 When Nelson Dewey left his parents' home at Hamilton, New York, at the age of 23, he traveled by stage coach, steamer, sailing vessel, horse-back, and on foot to reach Wisconsin. The trip took five weeks, and Dewey arrived in Cassville in June of 1836, about two weeks before Wisconsin was officially established as a territory. He soon became interested and active in politics and when Grant County was organized the next year, he became its first Register of Deeds and moved to Lancaster. Next he entered the Territorial Legislature, and when Wisconsin became the 30th state in 1848, Dewey was elected its first governor. Because of his election to such a high office at the age of 35, many people expected him to continue in a political career but he disliked politics and returned to Grant County. In 1854 he began to acquire land at Cassville and developed a 2,000 acre plantation, which he called "Stonefield," today preserved in Nelson Dewey State Park. He died July 20, 1889 and his was the last burial in this cemetery. 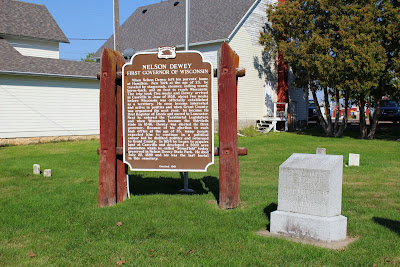 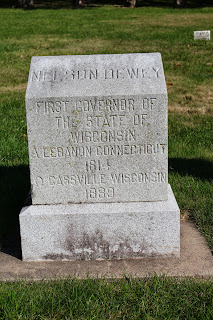 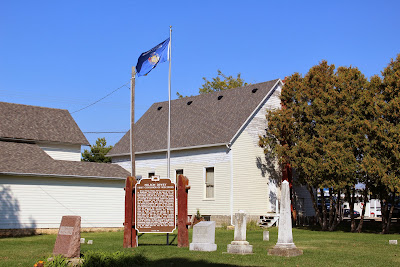 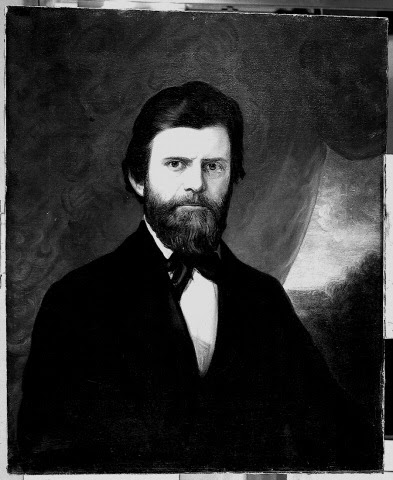 Nelson Dewey
This image (or other media file) is in the public domain
because its copyright has expired.
This applies to Australia, the European Union
and those countries with a copyright term of life of the author plus 70 years.
You must also include a United States public domain tag to indicate why this work is in the public domain in the United States. Note that a few countries have copyright terms longer than 70 years: Mexico has 100 years, Colombia has 80 years, and Guatemala and Samoa have 75 years, Russia has 74 years for some authors. This image may not be in the public domain in these countries, which moreover do not implement the rule of the shorter term. Côte d'Ivoire has a general copyright term of 99 years and Honduras has 75 years, but they do implement the rule of the shorter term. 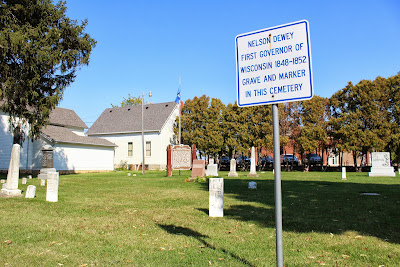 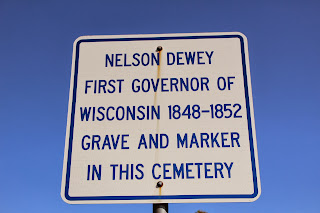 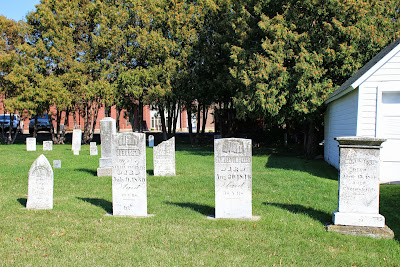 Some of the very old headstones at the cemetery.