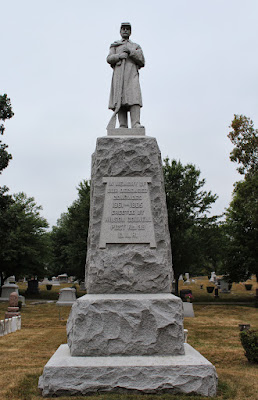 NOTE: Oak Grove Cemetery is huge. The GPS coordinates will take you directly to the marker location.

The memorial is included in the Oak Grove Cemetery Walking Tour:

This gray granite structure, also referred to as the G.A.R. (Grand Army of the Republic) Monument, is a memorial to La Crosse area veterans of the Civil War. It features a granite statue of a Union soldier. Inside the monument, an airtight box contains the names of all who contributed to the memorial and the names of the members of the Wilson Colwel Post that promoted the idea. The monument was dedicated Memorial Day 1913.

Flanking the monument are two 12-pound solid brass Civil War era cannons that were placed on the site in 1916. Each cannon weighs 1,200 pounds and had a range of about one mile. Four types of projectiles could be fired by this cannon and it was used by both sides in every major battle of the Civil War.

To obtain a copy of the Self-Guided Walking Tour Brochure that "leads you on a walking tour of the cemetery and to some of the important historic graves and sites" and/or to plan your visit to Oak Grove Cemetery, click here.

These memorials / markers are also at this location: 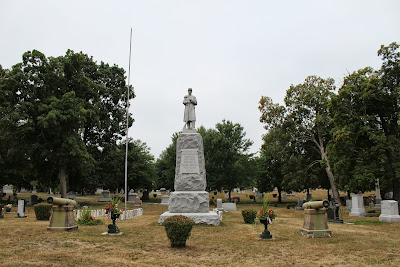 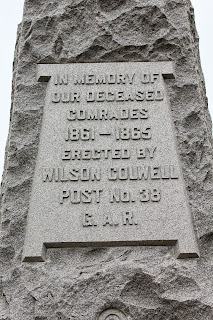 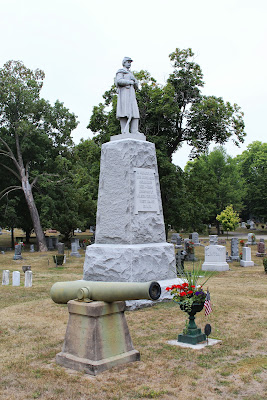 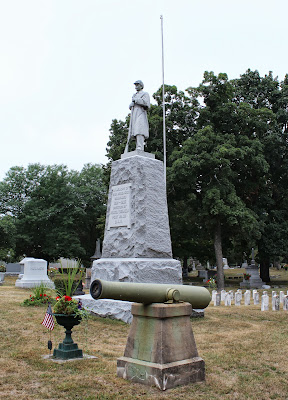 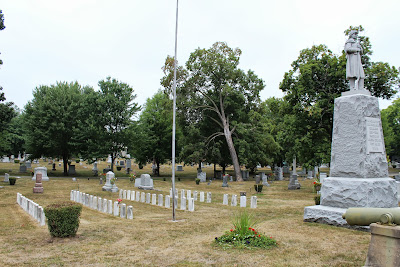 Nearby graves of Civil War soldiers. 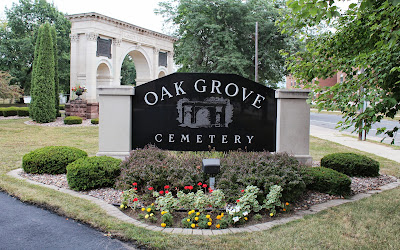 The Civil War memorial and cannons
are located at historic Oak Grove Cemetery,
which is a City of La Crosse Historic Site.