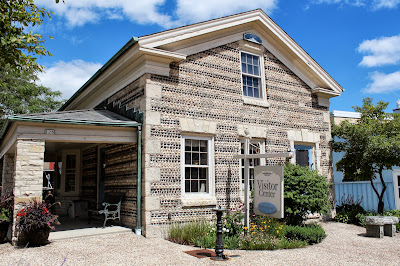 The Pebble House is now used at the Port Washington Visitor Center, and was previously used as a gate house at the Wisconsin Electric Power Company plant. However, it was built as a home, and housed generations of Port Washingtonians. Edward Dodge, a blacksmith, and his wife, Elizabeth, spent many weeks gathering stones used in its construction along the shore of Lake Michigan. They carried them to the site in baskets and hods. Many hours were spent shorting them as to size and color. The smooth stones range from the size of an egg to a fist, and colors vary from gray and brown to a subdued pink.

The home was originally built in 1848, the year Wisconsin achieved statehood, on the south bank of Sauk Creek. The water-washed cobbles and pebbles have a fine eggshell surface, making them unusually smooth. It has been suggested that they are of glacial origin.

The walls for the story and half house, one of the finest examples of beach stone construction in Wisconsin, are 20 inches thick, with an inner structure of rubble stone wall. This was built up several feet or more before the facing was added. A wooden framework was then built on the outside of the wall, and a plank was set up horizontally. After the course of stones was laid, the plank was raised for the next row. Every few feet it became necessary to allow the wall to dry, as too much pressure from above would cause the round stones to slip out.

The pattern involves two adjoining courses of black basalt pebbles, then a single course of granites of pink and gray cast, then two courses of buff, pink, and white flints and quartzites.

This method of construction was originally used in central and northern New York State and was brought to Wisconsin by settlers. It is similar to 16 and 17th century English flintwork, where colorful flint and chalk fragments were alternately coursed, often with curious effects. The lime and sand used for mortar dried very slowly, but was most durable.

The house was purchased by the Milwaukee Electric Railway and Light Company in March 1930, when the company acquired the land for a  power plant. The company decided to pereserve the house as a historical building and moved it to that location in 1935. In 1985, it was moved by the city to its present location, to be used as a Visitor Center. Today the Pebble House houses the Tourism and Chamber of Commerce offices.

Used with permission of the Port Washington Chamber of Commerce Tourism Center.

See also, The "Pebble" House, also at this location. 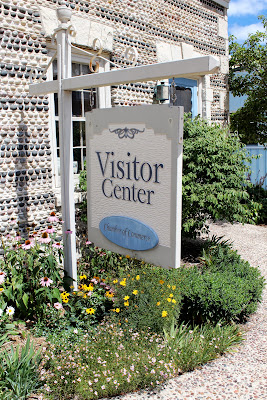 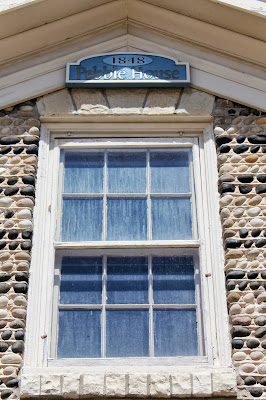 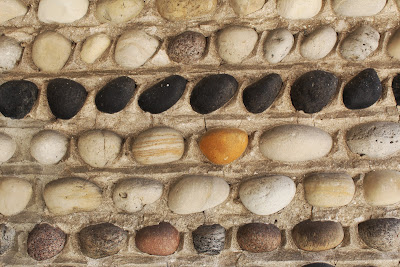 The Pebble House is located in Port Washington, Wisconsin.