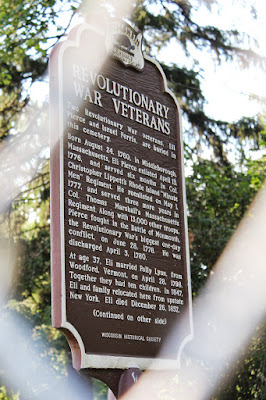 Born August 24, 1760, in Middleborough, Massachusetts, Eli Pierce enlisted April 13, 1776, and served six months in Col. Christopher Lippett's Rhode Island "Minute Men" Regiment. He reenlisted on May 1, 1777, and served three more years in Col. Thomas Marshall's Massachusetts Regiment. Along with 13,000 other troops, Pierce fought in the Battle of Monmouth, the Revolutionary War's biggest one-day conflict, on June 28, 1778. He was discharged April 3, 1780.

In 1774, Ferris married Ruth Mead, born March 27, 1757, in Greenwich, Connecticut. Together they had thirteen children. Ruth died in 1827 in Milo, New York. Afterwards, Ferris moved to Whitewater with his second wife, Mary, and his son Thompson. Israel died January 2, 1844.

The marker is located in Oak Grove Cemetery on East Main Street, at its intersection with North Wakely Street, Whitewater, Wisconsin 53190.

NOTE: The marker/cemetery is no longer accessible; it is now behind a locked fence. To access cemetery, one must contact Hillside Cemetery Association, 418 South Wisconsin Street, Whitewater, Wisconsin 53190; (414) 473-2565. Otherwise, it's not that difficult to take photos through the fence, which is what I did. 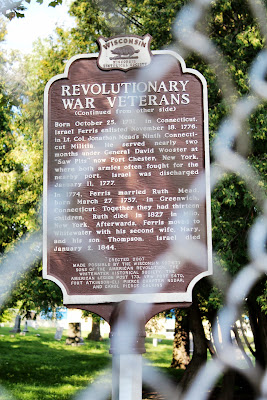 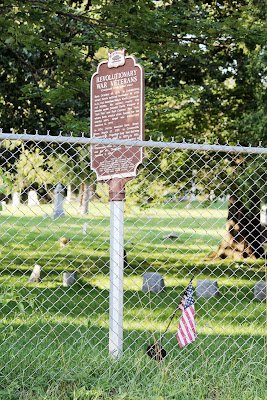 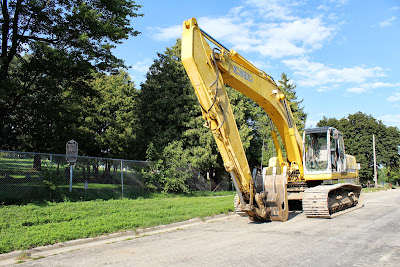 The road was closed the day of my visit,
but it was still easy to access the marker to this point. 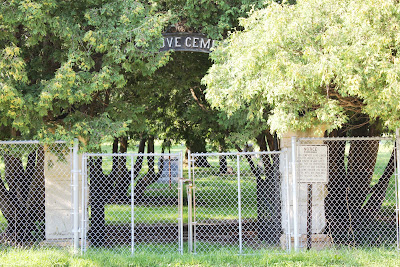 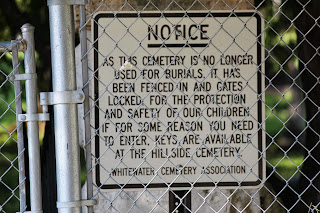 Unfortunately, I arrived too late in the day to be able to get the keys. 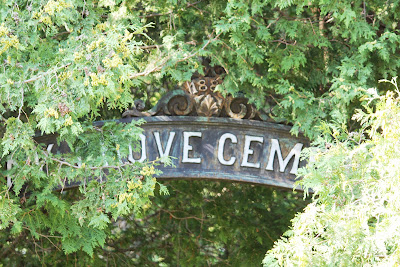 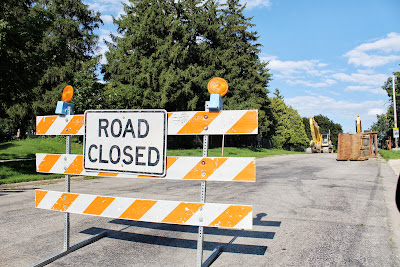 Summer construction the day of my visit.