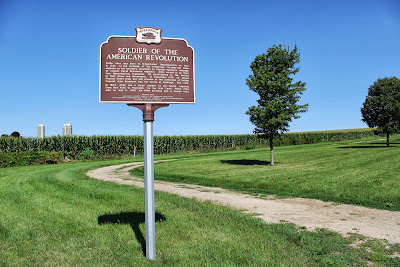 SOLDIER OF THE
AMERICAN REVOLUTION

Philip Allen was born in Bridgewater, Massachusetts on July 9, 1757. At the outbreak of the revolution, 18-year-old Allen enlisted as his brother’s substitute in Captain Packard’s company of Colonel David Brewster’s regiment. Allen served in at least five Massachusetts regiments. He participated in the battles of Half Moon and Bennington. In September 1777, he joined General Gate’s army and was present at the surrender of British General John Burgoyne and his forces at Saratoga, New York.

In 1844, Allen and a large number of his family migrated from New York to Wisconsin, via the Erie Canal. Philip Allen died on July 9, 1845, his 88th birthday and is buried here.

The marker is located at Mount Phillips Cemetery on East Bradford-Clinton Townline Road, east of its intersection with O'Riley Road, Clinton, Wisconsin 53525. The cemetery and marker are in the middle of miles of cornfields; it's also very easy to locate.


This marker is included in the Wisconsin Society Sons of the American Revolution (WISSAR) Revolutionary War Graves Project. 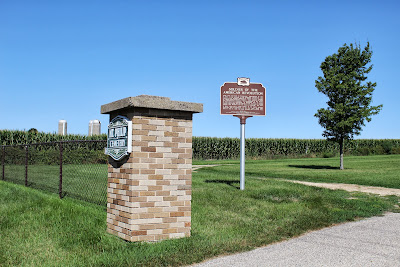 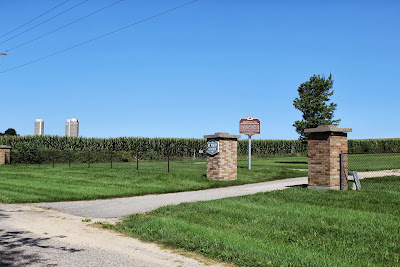 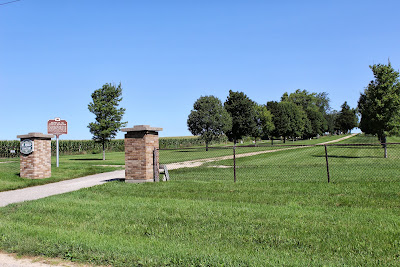 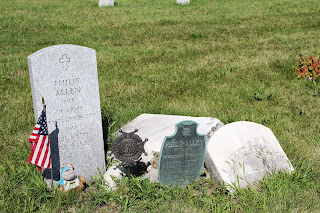 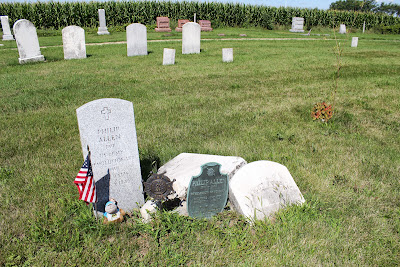 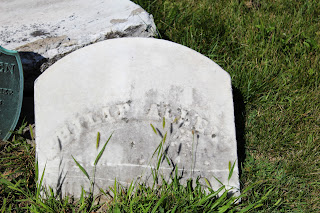 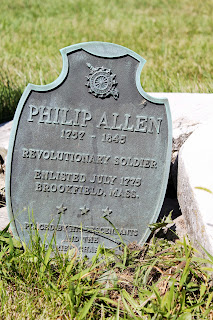 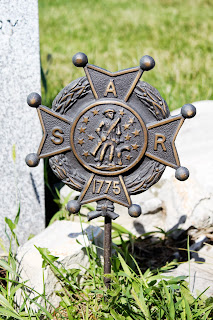 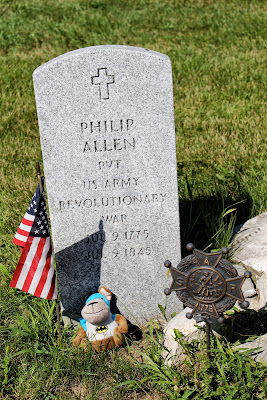 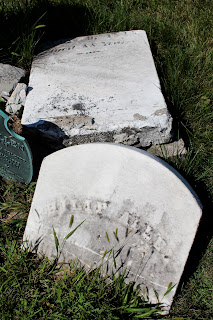 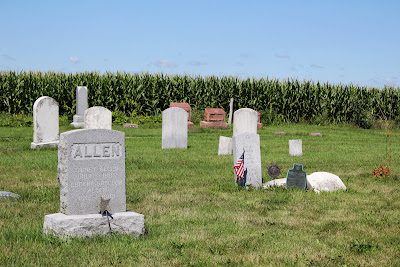 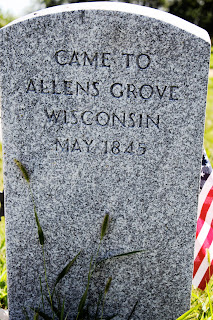 Back of Philip Allen's gravestone. 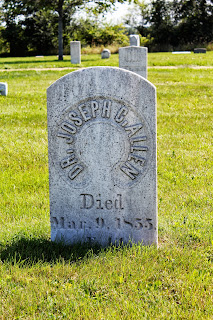 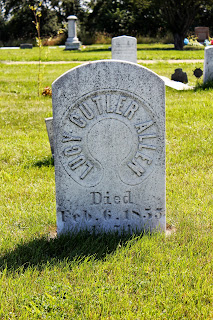 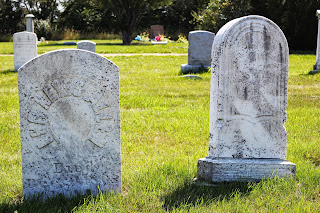 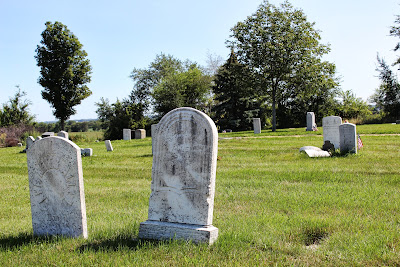