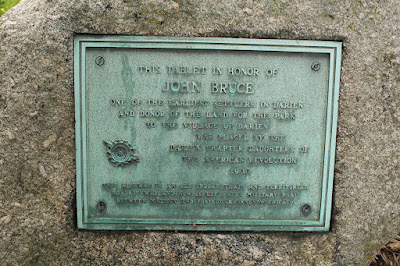 This tablet in honor of
John Bruce
One of the earliest settlers in Darien
and donor of the land for this park
to the Village of Darien
This highway is an old Indian Trail
and Territorial Road. It was, and now is,
used as a military road between Madison
and Fort Dearborn, now Chicago.

The marker is located at Bruce Park located between West Beloit Street (to the north), Park Street (to the east), and South Walworth Street / U.S. Route 14 (to the west), Darien, Wisconsin 53114. 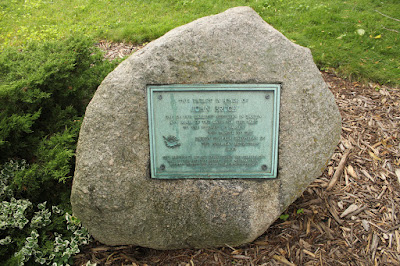 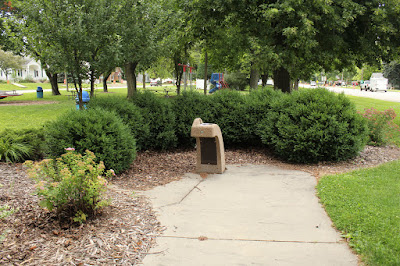 The marker is completely hidden behind this row of shrubs! 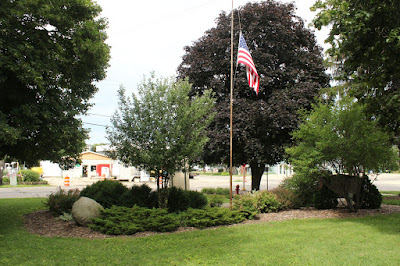 The marker is on the front of the boulder to the left, very easy to miss! 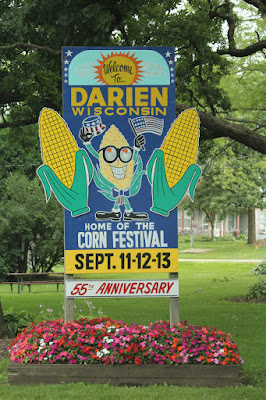 This corn festival sign is also at the park . . . 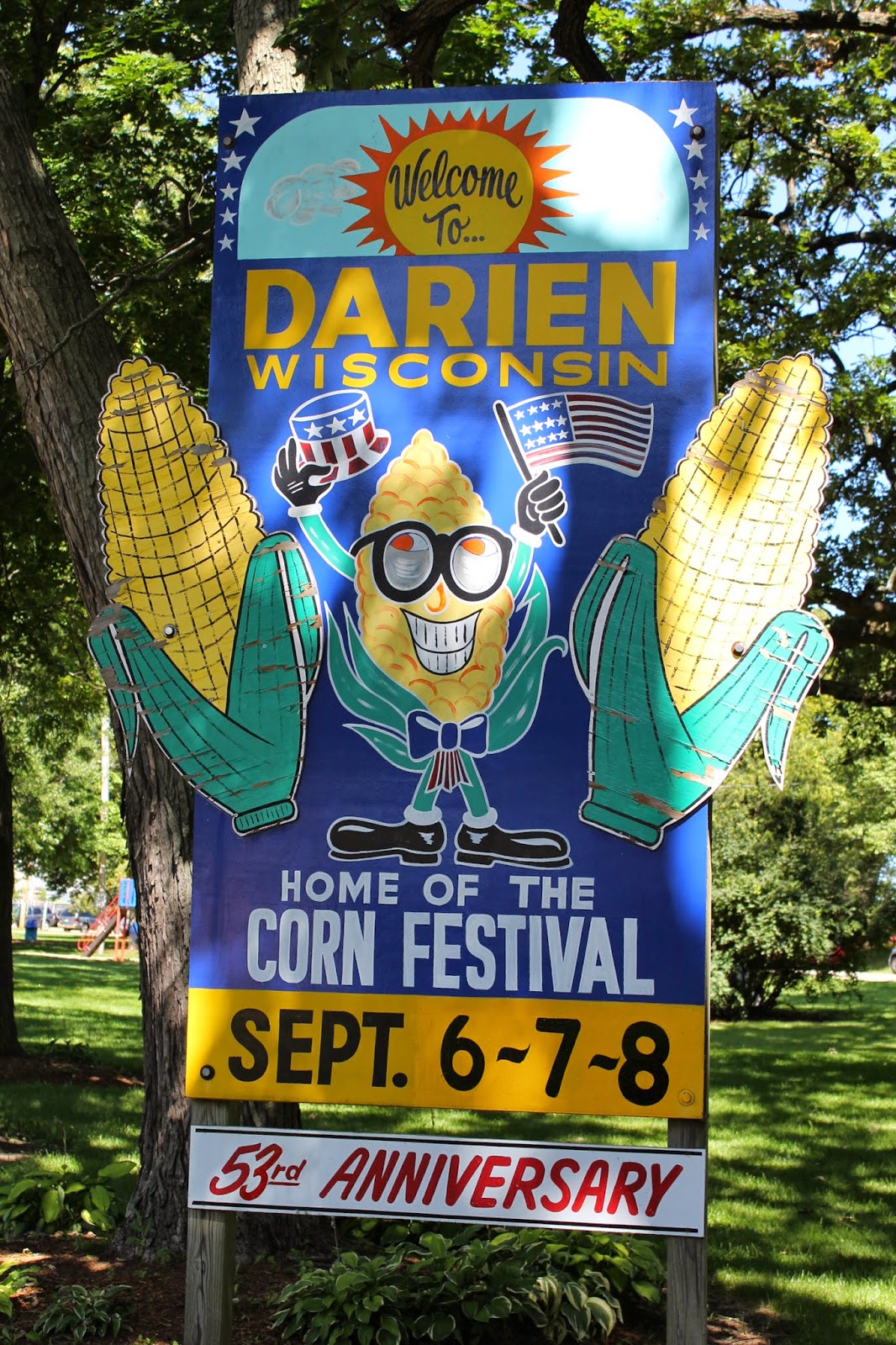 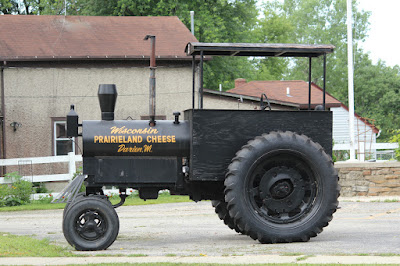 The marker is located in Darien, Wisconsin.