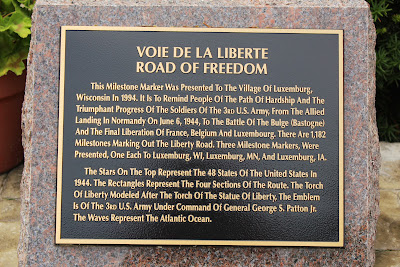 This Milestone Marker was presented to the village of Luxemburg, Wisconsin in 1994. Is is to remind people of the path of hardship and the triumphant progress of the soldiers of the 3rd U.S. Army, from the Allied landing in Normandy on June 6, 1944. to the Battle of the Bulge (Bastogne) and the final liberation of France, Belgium and Luxumbourg. There are 1,182 milestones marking out the Liberty Road. Three Milestone Markers, were presented, one each to Luxemburg, WI, Luxemburg, MN, and Luxemburg, IA.

The stars on the top represent the 48 states of the United States in 1944. The rectangles represent the four sections of the route. The Torch of Liberty modeled after the torch of the Statue of Liberty, the emblem is of the 3rd U.S. Army under the command of General George S. Patton Jr. The waves represent the Atlantic Ocean. 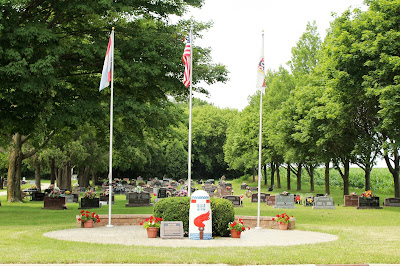 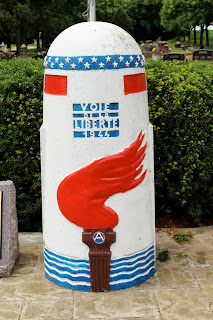 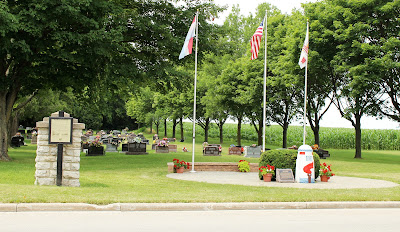 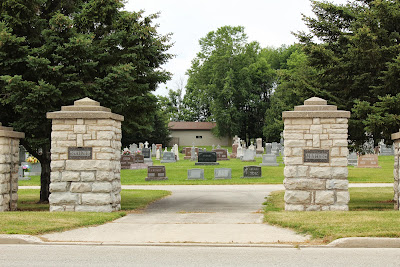