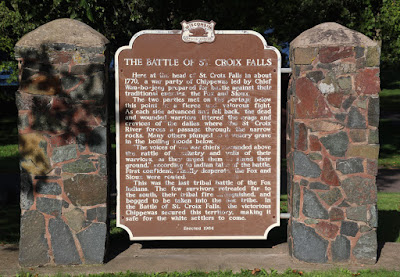 THE BATTLE OF ST. CROIX FALLS

Here at the head of St. Croix Falls in about 1770, a war party of Chippewas led by Chief Wau-bo-jeeg prepared for battle against their traditional enemies, the Fox and Sioux.

The two parties met on the portage below this point in a fierce and valor­ous fight. As each side advanced and fell back, the dead and wounded warriors lit­tered the crags and crevices of the dalles where the St. Croix River forces a passage through the narrow rocks. Many others plunged to a watery grave in the boiling floods below.

"The voices of the war chiefs resounded above the rattle of musketry and yells of their warriors, as they urged them to stand their ground," according to Indian tales of the battle. First confident, finally desperate, the Fox and Sioux were routed.

This was the last tribal battle of the Fox Indians. The few survivors retreat­ed far to the south, their tribal fire extinguished, and begged to be taken into the Sac tribe. In the Battle of St. Croix Falls, the victorious Chippewas secured this ter­ritory, making it safe for the white settlers to come. 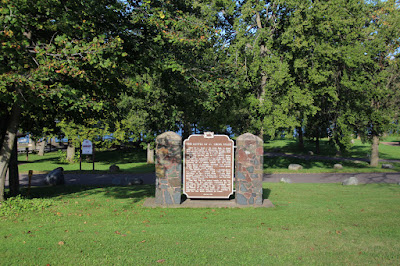 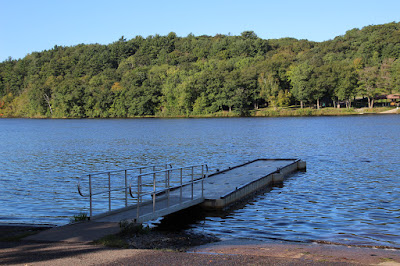 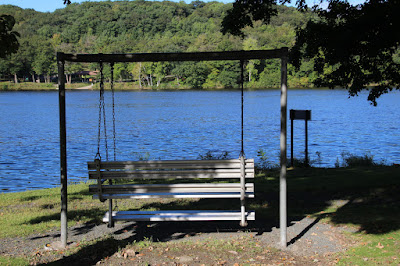 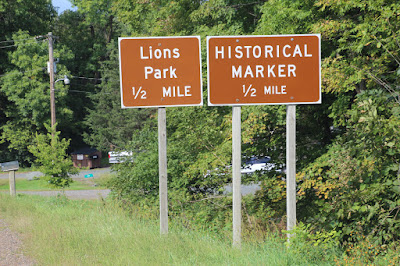 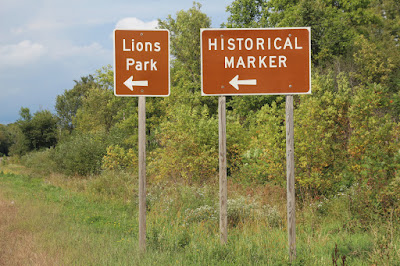 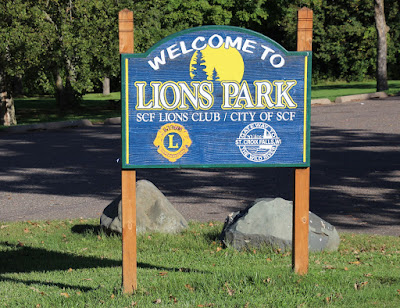 The marker is located at Lions Park. 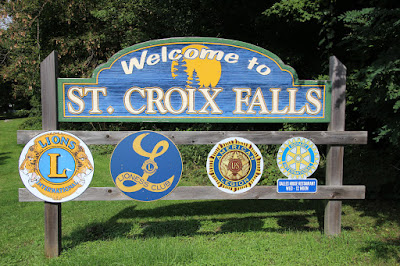