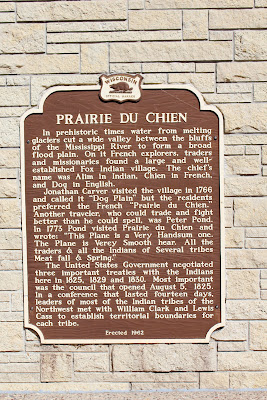 In prehistoric times water from melting glaciers cut a wide valley between the bluffs of the Mississippi River to form a broad flood plain. On it French explorers, traders and missionaries found a large and well-established Fox Indian village. The chief's name was Alim in Indian, Chien in French, and Dog in English.

Jonathan Carver visited the village in 1766 and called it "Dog Plain" but the residents preferred the French "Prairie du Chien." Another traveler, who could trade and fight better than he could spell, was Peter Pond. In 1773 Pond visited Prairie du Chien and wrote: "This Plane is a Very Handsum one. The Plane is Verey Smooth hear. All the traders & all the Indians of Several tribes Meat fall & Spring."

The United States Government negotiated three important treaties with the Indians here in 1825, 1829 and 1830. Most important was the council that opened August 5, 1825. In a conference that lasted fourteen days, leaders of most of the Indian tribes of the Northwest met with William Clark and Lewis Cass to establish territorial boundaries for each tribe. 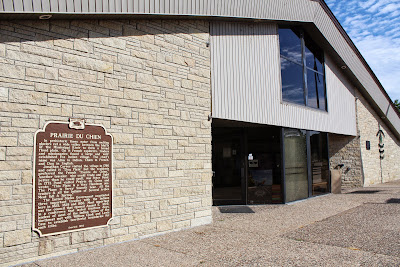 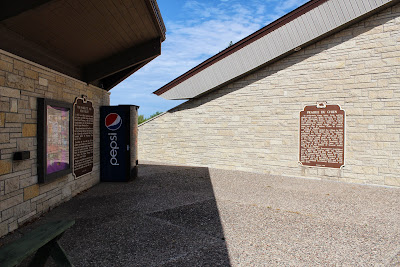 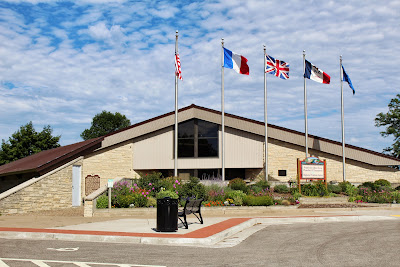 The marker can be seen on the wall
to the left of the entrance to the Visitor Center. 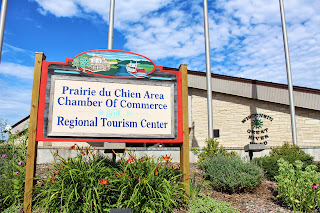 The marker is located at the
Prairie du Chien Chamber of Commerce Visitor Center.