WRL-77: The City of Montreal: Site of the World's Deepest Iron Mine 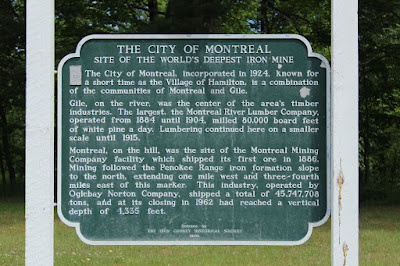 THE CITY OF MONTREAL
SITE OF THE WORLD'S DEEPEST IRON MINE

The City of Montreal, incorporated in 1924, known for a short time as the Village of Hamilton, is a combination of the communities of Montreal and Gile.

Gile, on the river, was the center of the area’s timber industries. The largest, the Montreal River Lumber Company, operated from 1884 until 1904, milled 80,000 board feet of white pine a day. Lumbering continued here on a smaller scale until 1915.

Montreal, on the hill, was the site of the Montreal Mining Company facility which shipped its first ore in 1886. Mining followed the Penokee Range iron formation slope to the north, extending one mile west and three-fourth miles east of this marker. This industry, operated by Oglebay Norton Company, shipped a total of 45,747,708 tons, and at its closing in 1962 had reached a vertical depth of 4,335 feet.

The marker is located at a highway turnout on westbound Plant Street at its intersection with Wisconsin Avenue / Wisconsin Route 77, Montreal, Wisconsin 54550. 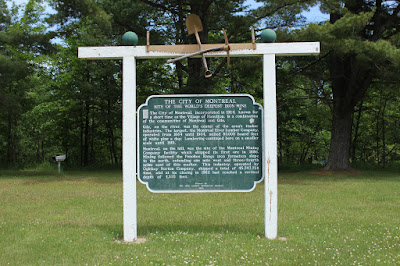 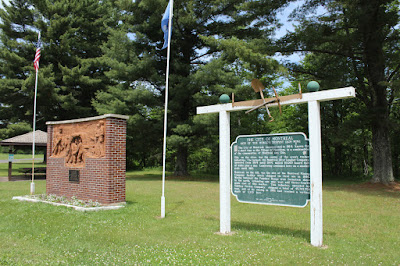 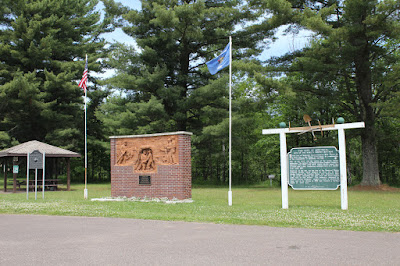 The marker is to the right of the Miners and Loggers Memorial.