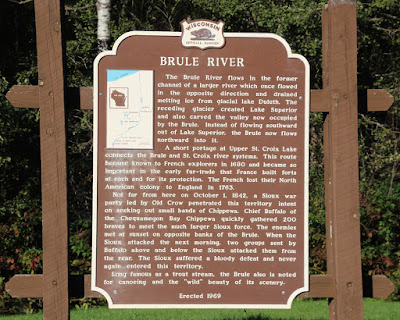 The Brule River flows in the former channel of a larger river which once flowed in the opposite direction and drained melting ice from glacial lake Duluth. The receding glacier created Lake Superior and also carved the valley now occupied by the Brule. Instead of flowing southward out of Lake Superior, the Brule now flows northward into it.

A short portage at Upper St. Croix Lake connects the Brule and St. Croix river systems. This route became known to French explorers in 1680 and became so important in the early fur-trade that France built forts at each end for its protection. The French lost their North American colony to England in 1763.

Not far from here on October 1, 1842, a Sioux war party led by Old Crow penetrated this territory intent on seeking out small bands of Chippewa. Chief Buffalo of the Chequamegon Bay Chippewa quickly gathered 200 braves to meet the much larger Sioux force. The enemies met at sunset on opposite banks of the Brule. When the Sioux attacked the next morning, two groups sent by Buffalo above and below the Sioux attacked them from the rear. The Sioux suffered a bloody defeat and never again entered this territory.

Long famous as a trout stream, the Brule also is noted for canoeing and the “wild” beauty of its scenery.

The marker is located on eastbound U.S. 2 at the Brule River Rest Area, at the intersection of U.S. 2 and Ranger Road, Brule, Wisconsin 54820.

Wikipedia: Battle of the Brule 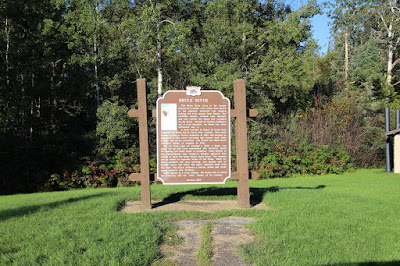 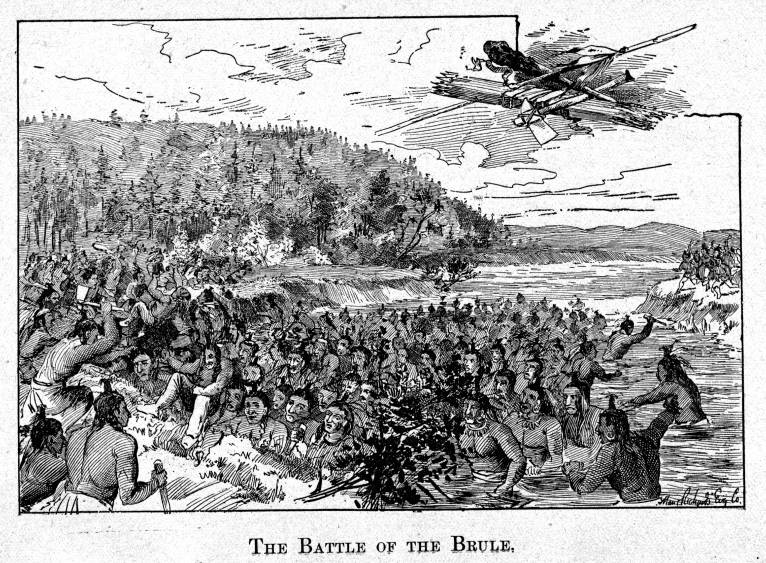 1891 depiction of The Battle of the Brule
This media file is in the public domain;
click here for more information. 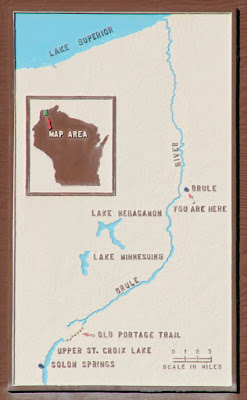 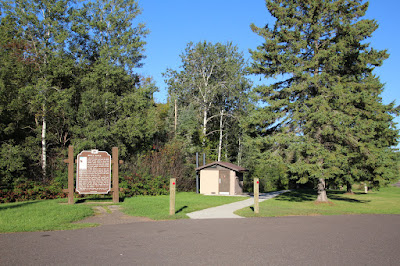 The marker is adjacent to the wayside bathrooms. 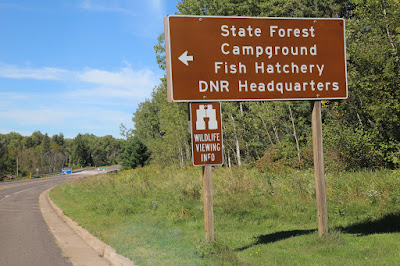 Turn left at this sign on U.S. 2 to access the wayside
where the marker is located in Brule, Wisconsin.