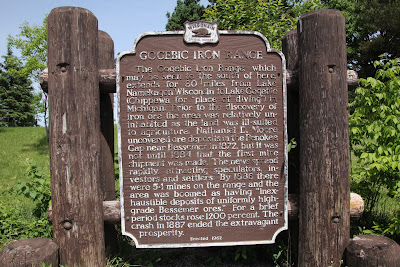 The Gogebic Iron Range, which may be seen to the south of here, extends 80 miles from Lake Namekagon, Wisconsin to Lake Gogebic (Chippewa for “place of diving”) in Michigan. Prior to the discovery of iron ore the area was relatively uninhabited as the land was ill-suited to agriculture. Nathaniel D. Moore uncovered ore deposited in the Penokee Gap near Bessemer in 1872, but it was not until 1884 that the first mine shipment was made. The news spread rapidly, attracting speculators, investors and settlers. By 1886 there were 54 mines on the range and the area was boomed as having “inexhaustible deposits of uniformly high-grade Bessemer ores.” For a brief period stocks rose 1200 percent. The crash of 1887 ended the extravagant prosperity.

The marker is located at a highway pullout on eastbound U.S. 2, just east of W County Road B, near Saxon, Wisconsin 54559. 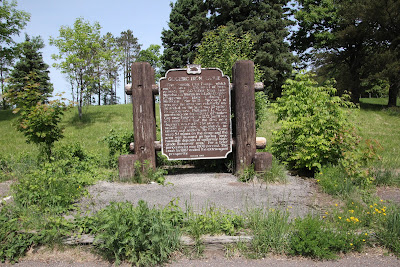 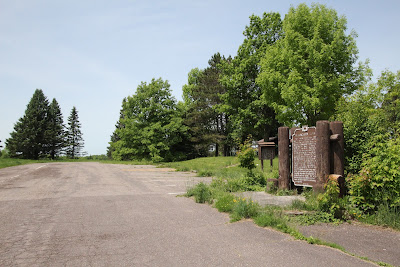 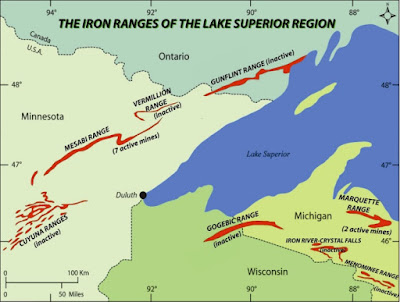 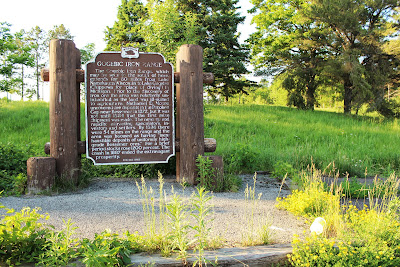 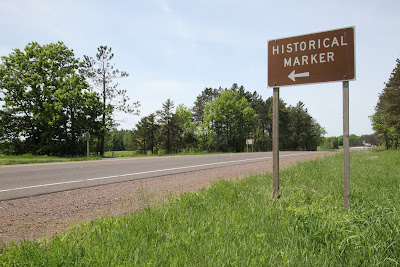 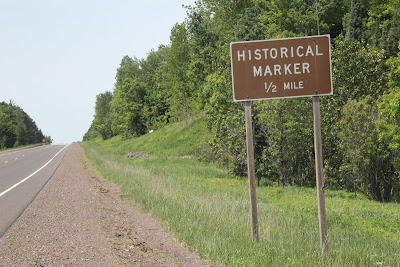 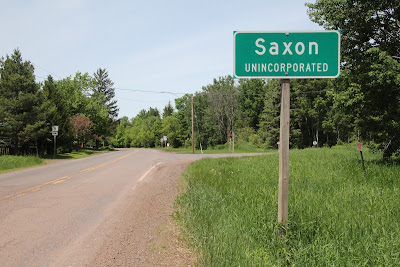 The marker is located in Saxon, Wisconsin.