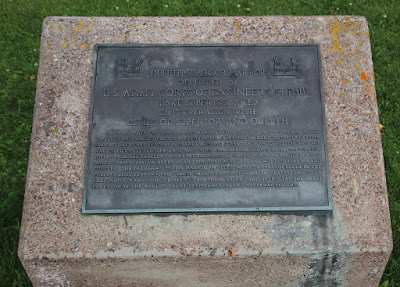 Since 1861 when Captain George C, Meade (later the victorious general at the Battle of Gettysburg) first surveyed the Duluth-Superior Harbor, the twin ports have become world leaders in Great Lakes and ocean trade. The development of the harbor piers, breakwaters, and navigation channels by the U.S. Army Corps of Engineers from the shallow 12-foot depths of 1873 has kept pace with the increasing water transportation needs of an expanding agricultural-industrial inland complex. The Duluth-Superior Harbor was deepened to a 27-foot depth by the Corps of Engineers in 1962-3. These improvements permit the latest in modern lake and ocean-going vessels to ply these waters and help make the Great Lakes one of the world's great deep-draft inland waterway systems. 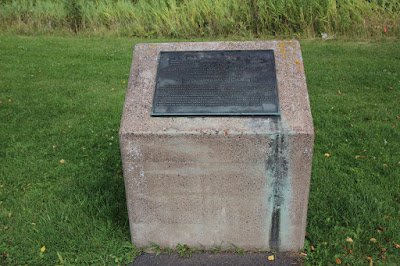 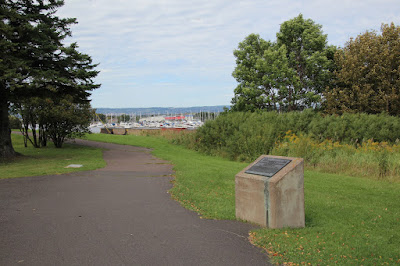 With the Superior Harbor marina in the distance. 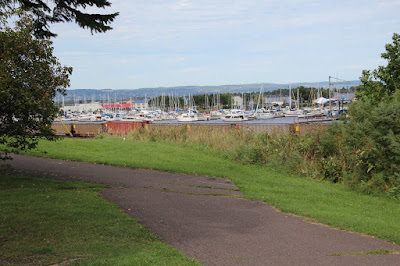 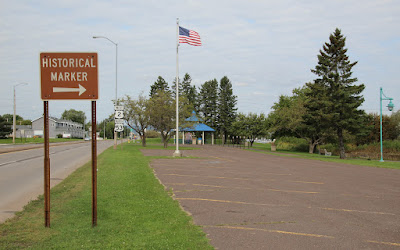 The marker is located to the right of the blue gazebo. 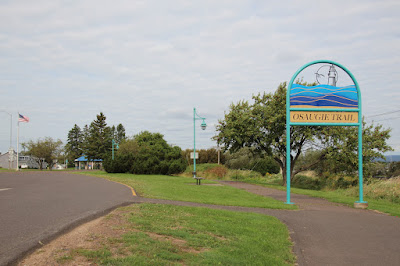 The marker, to the right of the blue gazebo in the distance,
is located adjacent to the Osaugie Trail in Superior, Wisconsin.