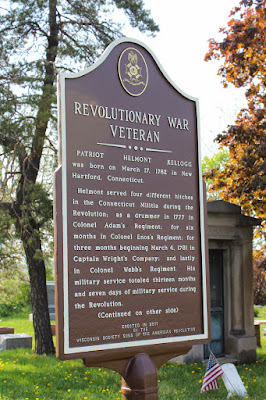 After the war, Helmont returned to Goshen, Connecticut where he met and married Susannah Moore on January 5, 1786. They reared their family of five sons and a daughter in Goshen.

In June of 1832, after his children had married, Helmont and Susannah moved to Wisconsin Territory.

This marker was made possible by a grant from the George Washington Endowment Fund (a function of the National Society, Sons of the American Revolution) and a matching grant from the Wisconsin Society SAR.

The marker is located at a Sylvania Cemetery on southbound South Sylvania Avenue, south of its intersection with Braun Road / 60th Road, Sturtevant, Wisconsin 53177. 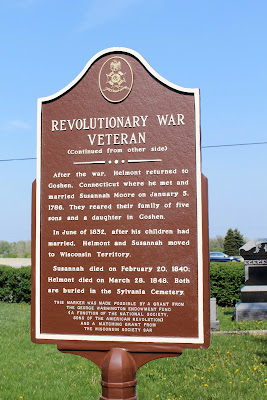 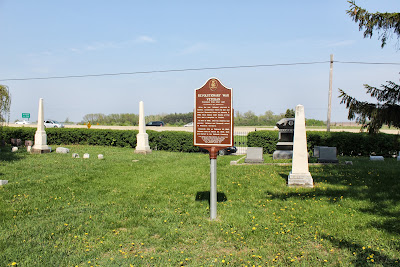 That's State Highway 41 / U.S. 94 in the distance;
the cemetery is on a frontage road alongside the highway. 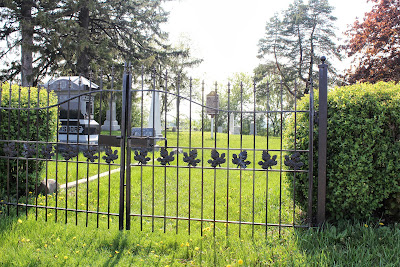 At the entrance to the cemetery
(which is in a state of great disrepair). 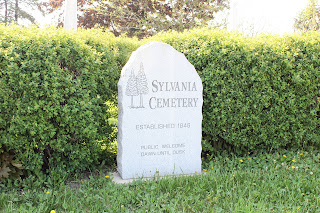 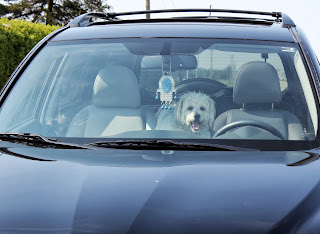