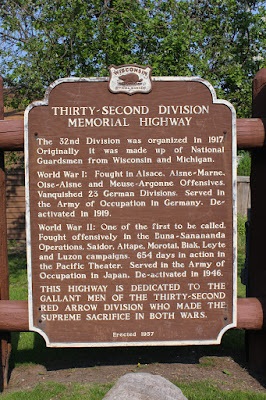 World War I: Fought in Alsace, Aisne-Marne, Olse-Aisne and Meuse-Argonne Offensives. Vanquished 23 German Divisions. Served in the Army of Occupation in Germany. Deactivated in 1919.

World War II: One of the first to be called. Fought offensively in the Buna-Sanananda Operations, Saidor, Aitape, Morotai, Biak, Leyte and Luzon campaigns. 654 days in action in the Pacific Theater. Served in the Army of Occupation in Japan. De-activated in 1946.

The marker is located at a highway pull-out on northbound Sheridan Road / Wisconsin Route 32, north of its intersection with Wisconsin Route 165, between 91st Street and 97th Street, Pleasant Prairie, Wisconsin 53158. 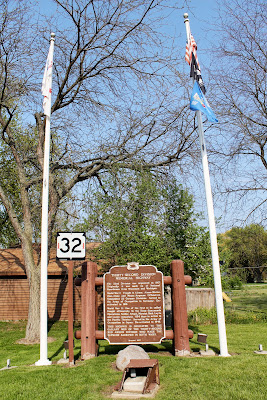 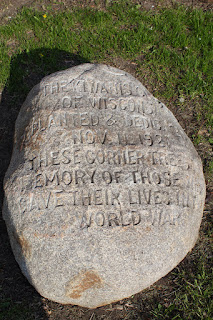 The Kiwanis Club of Wisconsin
Planted and Dedicated
Nov. 11, 1921
These corner trees in
memory of those who
gave their lives in the
World War 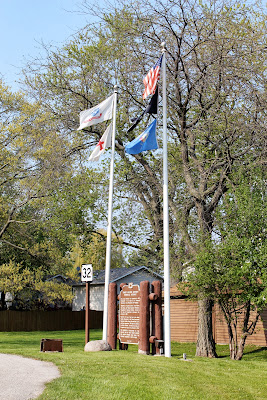 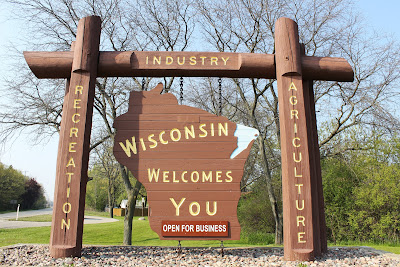 This welcome sign is next to the marker location.