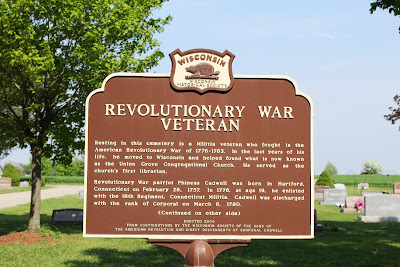 Resting in this cemetery is a Militia veteran who fought in the American Revolutionary War of 1776-1783. In the last years of his life, he moved to Wisconsin and helped found what is now known as the Union Grove Congregational Church. He served as the church’s first librarian.

Phineas Cadwell married Eleanor Heydon on Christmas Day, 1780. They lived in Harwinton, Connecticut and kept an inn. They had four children.

In 1801, they moved to New York where he farmed and taught school until, at age 70, he became blind. Eleanor died in 1841 and nine years later, at age 93, Phineas moved to the Town of Yorkville in Wisconsin.

In 1856, Cadwell was given a government land grant of 160 acres in recognition of his war service. He died the next year on February 11th, just 17 days short of his 100th birthday. 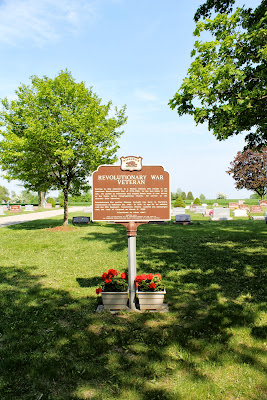 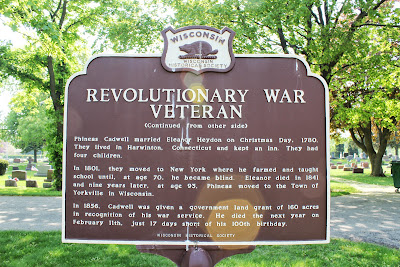