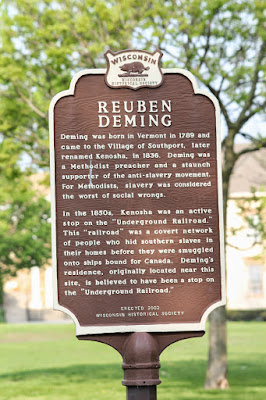 Deming was born in Vermont in 1789 and came to the Village of Southport, later renamed Kenosha, in 1836. Deming was a Methodist preacher and a staunch supporter of the anti-slavery movement. For Methodists, slavery was considered the worst of social wrongs. In the 1850s, Kenosha was an active stop on the “Underground Railroad.” This “railroad” was a covert network of people who hid southern slaves in their homes before they were smuggled onto ships bound for Canada. Deming’s residence, originally located near this site, is believed to have been a stop on the “Underground Railroad.”

NOTE: The contents of this marker conflict with the contents of Rev. Deming's headstone which lists his birth year as 1798 (not 1789) and the spelling of his name as "Rheuben" (not Reuben) (see photo below).

The marker is located on 7th Avenue, between 61st Street and 60th Street, near the southeast corner of Simmons Library Park, near the east side of the Gilbert M. Simmons Memorial Library, Kenosha, Wisconsin 53140. 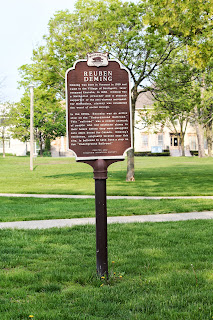 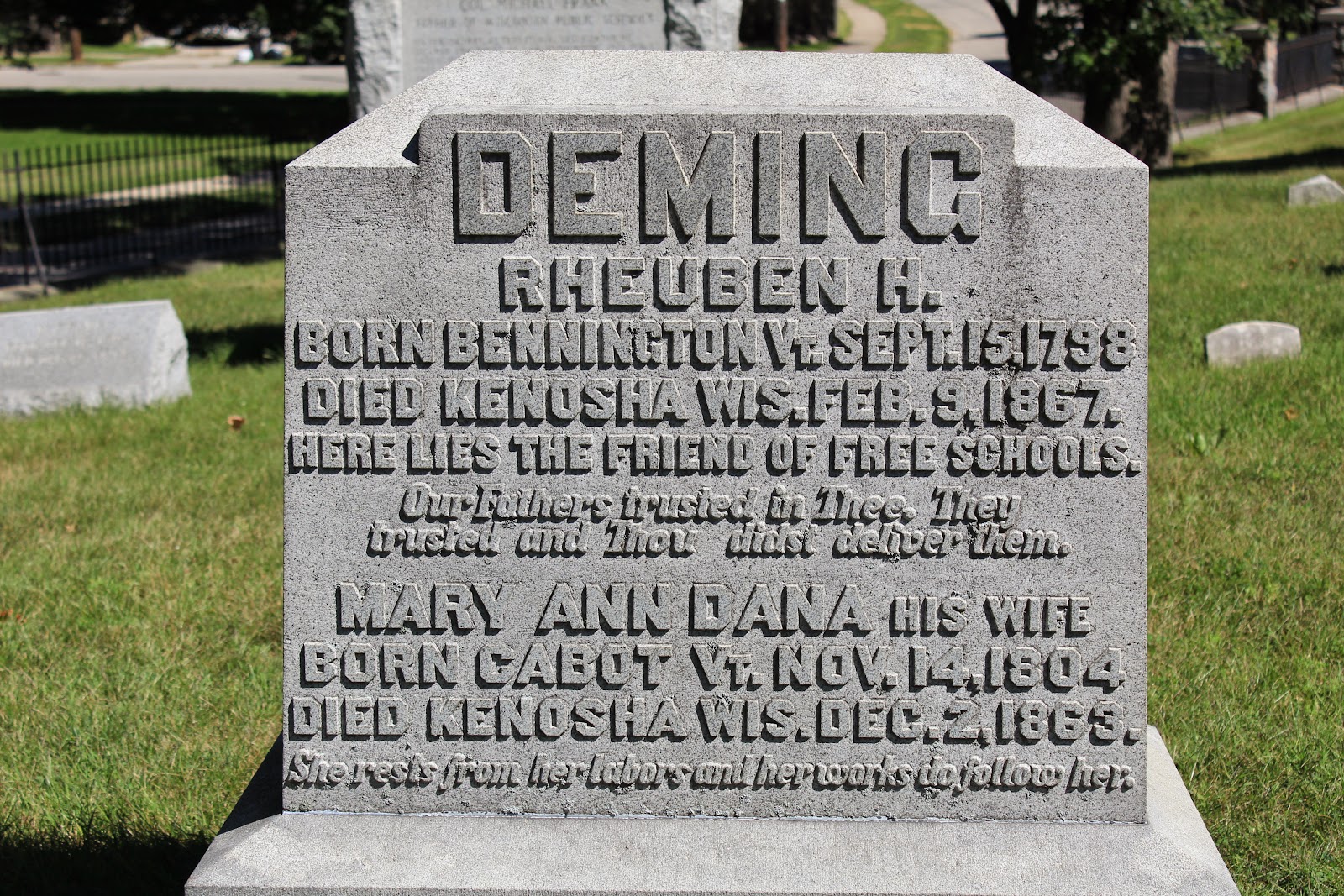 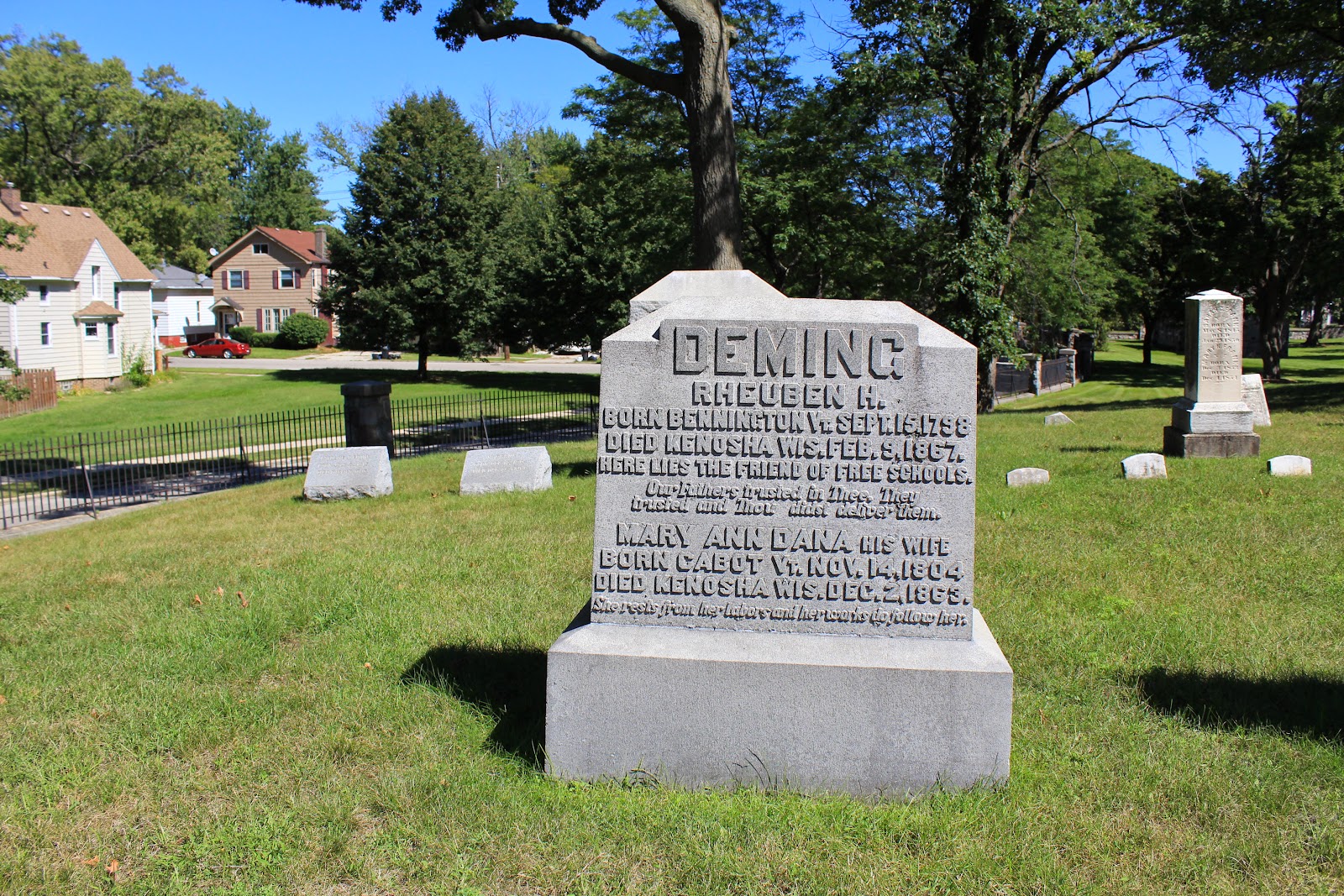