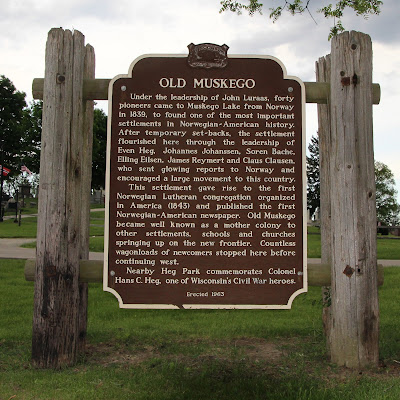 Under the leadership of John Luraas, forty pioneers came to Muskego Lake from Norway in 1839, to found one of the most important settlements in Norwegian-American history. After temporary set-backs, the settlement flourished here through the leadership of Even Heg, Johannes Johanssen, Soren Bache, Elling Eilsen, James Reymert and Claus Clausen, who sent glowing reports to Norway and encouraged a large movement to this country.

This settlement gave rise to the first Norwegian Lutheran congregation organized in America (1843) and published the first Norwegian-American newspaper. Old Muskego became well known as a mother colony to other settlements, schools and churches springing up on the new frontier. Countless wagonloads of newcomers stopped here before continuing west.

The marker is located on northbound Heg Park Road, at its intersection with Norway Hill Road, at a parking lot at the bottom of a hill at the historic Norway Evangelical Lutheran Church, Wind Lake, Wisconsin 53185. 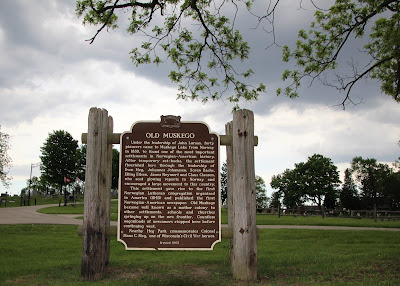 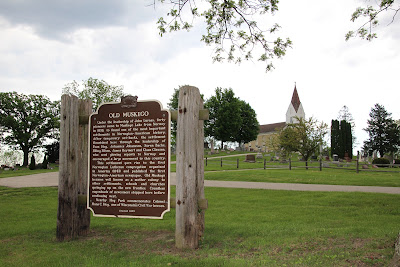 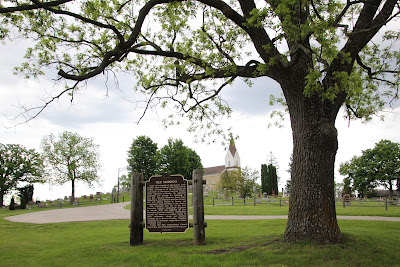 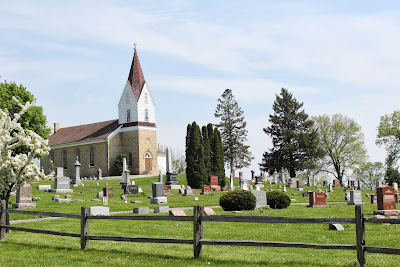 The  marker is on the grounds of the
Norwegian Evangelical Lutheran Church and Cemetery. 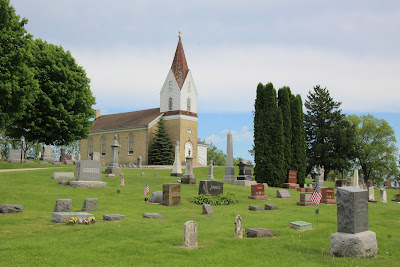 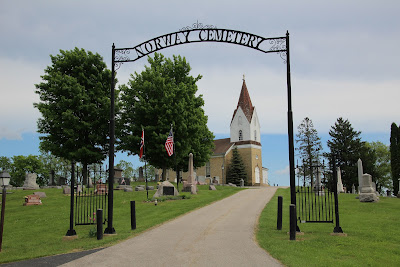 The marker is located on the grounds of Norway Cemetery
(to the left of this entrance) in Wind Lake, Wisconsin.