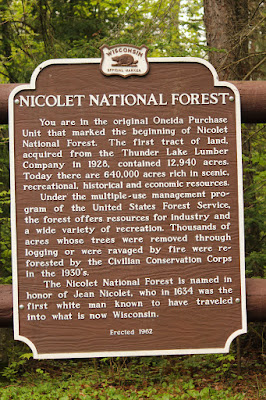 You are in the original Oneida Purchase Unit that marked the beginning of Nicolet National Forest. The first tract of land, acquired from the Thunder Lake Lumber Company in 1928, contained 12,940 acres. Today there are 640,000 acres rich in scenic, recreational, historical and economic resources.

Under the multiple-use management program of the United States Forest Service, the forest offers resources for industry and a wide variety of recreation. Thousands of acres whose trees were removed through logging or were ravaged by fire were reforested by the Civilian Conservation Corps in the 1930's.

The Nicolet National Forest is named in honor of Jean Nicolet, who in 1634 was the first white man known to have traveled into what is now Wisconsin.

The marker is located inside the Nicolet National Forest at the intersection of northbound Military Road (Road 2178) and Hay Meadow Road (Road 2435), Three Lakes, Wisconsin 54562.

US Department of Agriculture / Forest Service: Welcome to the Chequamegon-Nicolet National Forest! 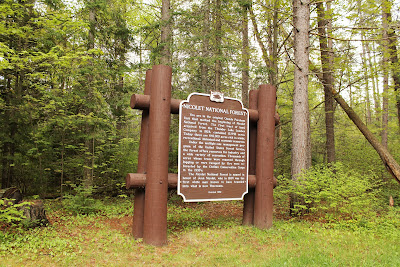 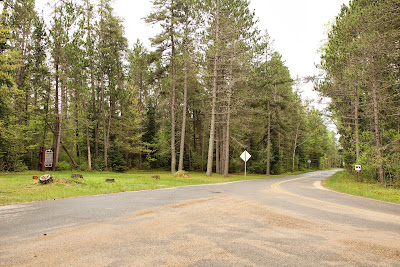 Marker can be seen to the left of center of this photo
This marker is in the boonies!!! 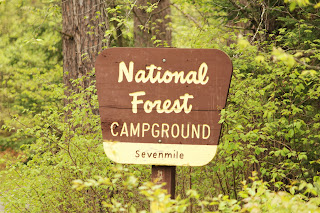 Entrance to campground near the marker 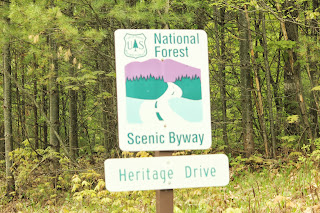 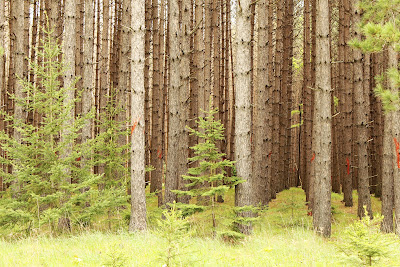 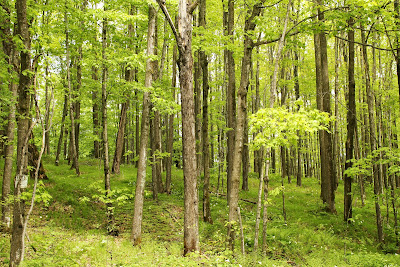