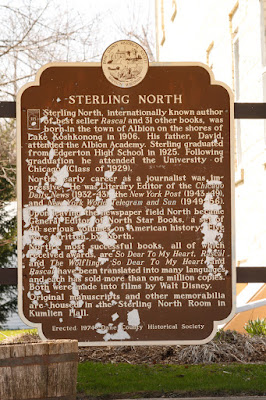 Sterling North, internationally known author of best seller Rascal and 31 other books, was born in the town of Albion on the shores of Lake Koshkonong in 1906. His father, David, attended the Albion Academy. Sterling graduated from Edgerton High School in 1925. Following graduation he attended the University of Chicago (Class of 1929).

Upon leaving the newspaper field North became General Editor of North Star Books, a set of 40 serious volumes on American history. Five were written by North.

North’s most successful books, all of which received awards, are So Dear To My Heart, Rascal and The Wolfling. So Dear To My Heart and Rascal have been translated into many languages and each has sold more than one million copies. Both were made into films by Walt Disney.

Original manuscripts and other memorabilia are housed in the Sterling North Room in Kumlien Hall.

The marker is located in Albion Park, at the Albion Academy Historical Museum, near 583 Edgerton Road, between Church Street and Albion Road, Edgerton, Wisconsin 53534.

NOTE: The address is a little confusing. The marker is in a park just off Edgerton Road. The building is easy to spot. Use the above GPS coordinates to take you directly to the marker location.

This marker is No. 16 in the Dane County Historical Society Markers Series. 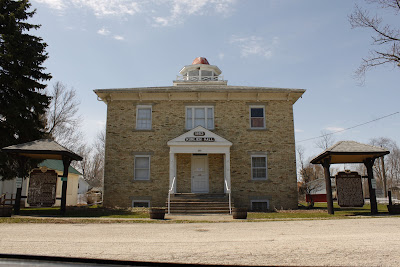 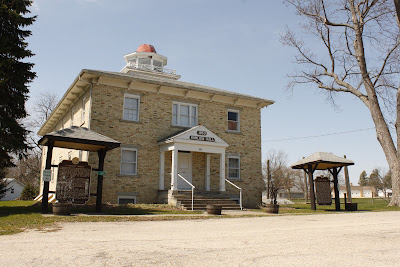