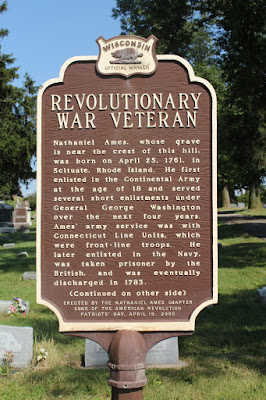 Nathaniel Ames, whose grave is near the crest of this hill, was born on April 25, 1761, in Scituate, Rhode Island. He first enlisted in the Continental Army at the age of 18 and served several short enlistments under General George Washington over the next four years. Ames' army service was with Connecticut Line Units, which were front-line troops. He later enlisted in the Navy, was taken prisoner by the British, and was eventually discharged in 1783.

After the war, Ames moved to New York state to farm. In 1791, he became a Methodist preacher and preached for 45 years. He and his wife, Sarah Hall, raised ten children. In 1836, like many New Yorkers, he came to Wisconsin and settled briefly in Racine County. He subsequently purchased and farmed a section of land a mile from the village of Oregon. The day after his 100th birthday, he moved into the village. Ames died two years later and was buried in this cemetery, with Masonic honors, on August 30, 1863.

NOTE: This is a two-sided marker (see below)


The marker is located at the entrance to Prairie Mound Cemetery, on northbound North Main Street / County Road Mm, at its T-intersection with Braun Road, at or near 116 Braun Road, Oregon, Wisconsin 53575.

Wisconsin Society Sons of the American Revolution: Nathaniel Ames (1761-1863)
He was sixteen years old and living in Stonington, Connecticut when he enlisted in Colonel William Ledyard's Regiment, the Eighth Connecticut Militia.

See also, Graveside of Nathaniel Ames, also at this location. 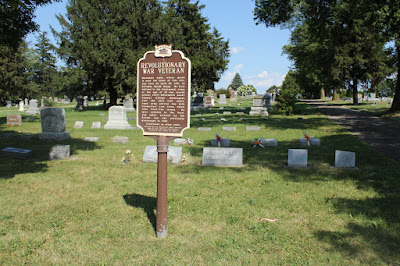 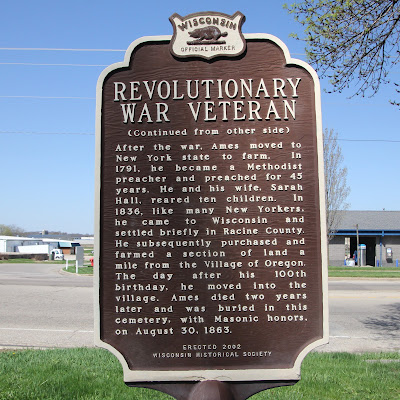 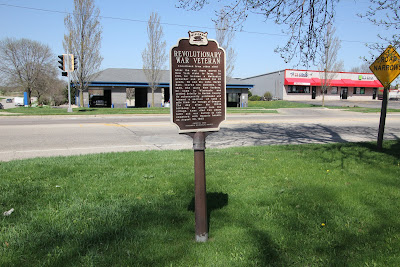 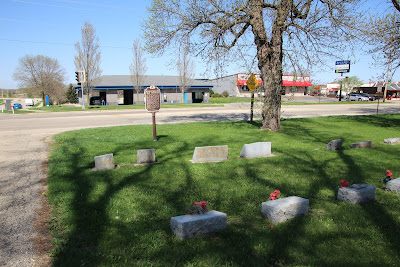 The marker is at the entrance to the cemetery. 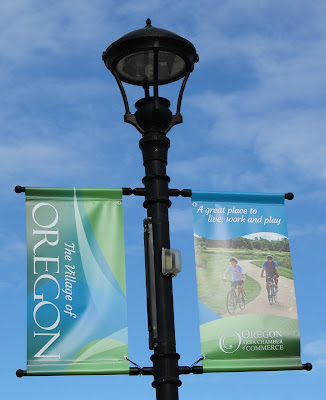 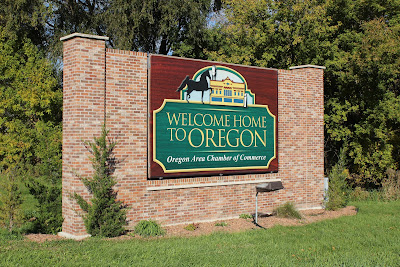