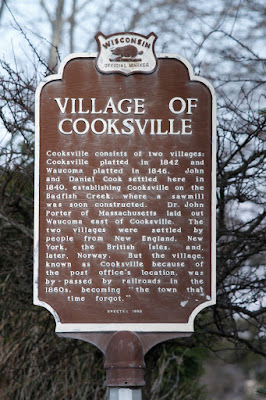 ﻿Cooksville consists of two villages: Cooksville platted in 1842 and Waucoma platted in 1846. John and Daniel Cook settled here in 1840, establishing Cooksville on the Badfish Creek, where a sawmill was soon constructed. Dr. John Porter of Massachusetts laid out Waucoma east of Cooksville. The two villages were settled by people from New England, New York, the British Isles, and, later, Norway. But the village, known as Cooksville because of the post office’s location, was by-passed by railroads in the 1860s, becoming “the town that time forgot.”

NOTE: This is a two-sided marker. See also, Marker 342: Village of Waucoma. 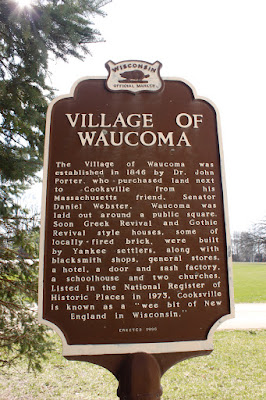 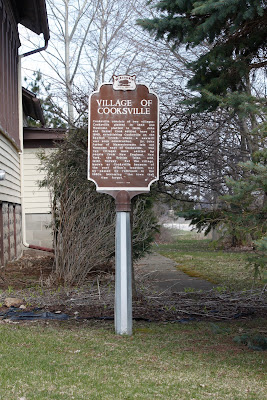 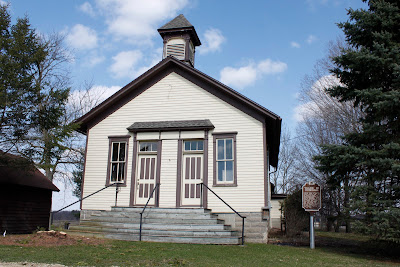