Marker 291: The Medal of Honor 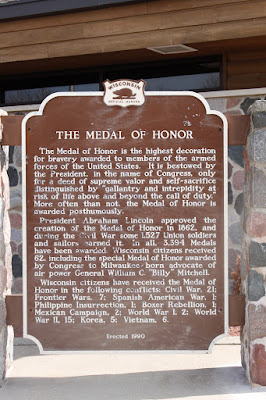 THE MEDAL OF HONOR

The Medal of Honor is the highest decoration for bravery awarded to members of the armed forces of the United States. It is bestowed by the President, in the name of Congress, only for a deed of supreme valor and self-sacrifice distinguished by "gallantry and intrepidity at risk of life above and beyond the call of duty." More often than not, the Medal of Honor is awarded posthumously.

President Abraham Lincoln approved the creation of the Medal of Honor in 1862, and during the Civil War some 1,527 Union soldiers and sailors earned it. In all, 3,394 Medals have been awarded. Wisconsin citizens received 62, including the special Medal of Honor awarded by Congress to Milwaukee-born advocate of air power General William C. "Billy" Mitchell.

See also, Marker 159: Black Hawk War and The Medal of Honor Wall, also at this location. 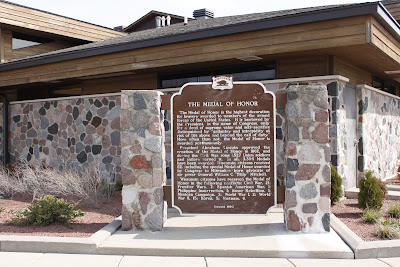 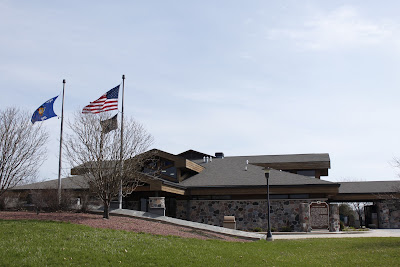 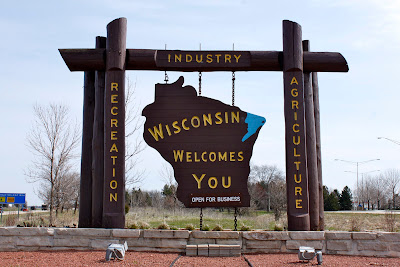