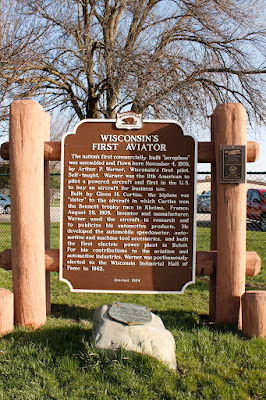 The nation’s first commercially built “aeroplane” was assembled and flown here November 4, 1909, by Arthur P. Warner, Wisconsin’s first pilot. Self-taught, Warner was the 11th American to pilot a powered aircraft and first in the U.S. to buy an aircraft for business use.

Built by Glenn H. Curtiss, the biplane was “sister” to the aircraft in which Curtiss won the Bennett trophy race in Rheims, France, August 29, 1909. Inventor and manufacturer, Warner used the aircraft in research and to publicize his automotive products. He developed the automobile speedometer, automotive and machine tool accessories, and built the first electric power plant in Beloit. For his contributions to the aviation and automotive industries, Warner was posthumously elected to the Wisconsin Industrial Hall of Fame in 1962.

The marker is located in a grassy belt on westbound Milwaukee Road / Wisconsin Route 81 at its intersection with Lee Lane, Beloit, Wisconsin 53511.

JSOnline: First state flight to be commemorated in Beloit 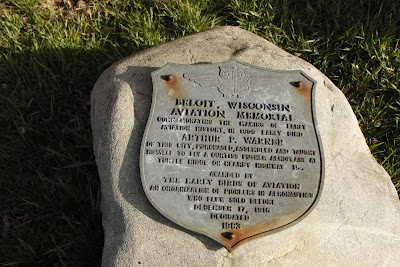 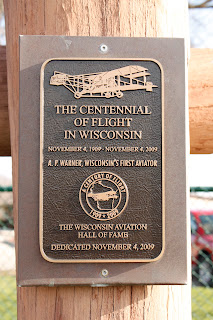 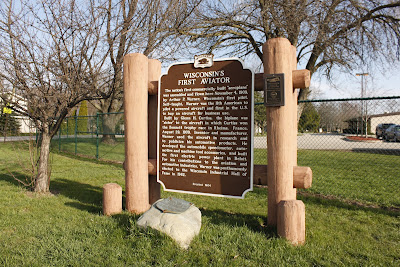 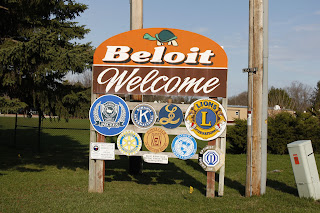