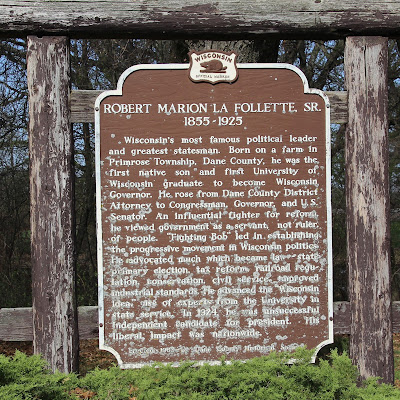 Wisconsin's most famous political leader and greatest statesman. Born on a farm in Primrose Township, Dane County, he was the first native son and first University of Wisconsin graduate to become Wisconsin Governor. He rose from Dane County District Attorney to Congressman, Governor, and U.S. Senator. An influential fighter for reform, he viewed government as a servant, not ruler, of people. "Fighting Bob" led in establishing the progressive movement in Wisconsin politics. He advocated much which became law--state primary election, tax reform, railroad regulation, conservation, civil service, improved industrial standards. He advanced the "Wisconsin Idea," use of experts from the University in state service. In 1924, he was unsuccessful Independent candidate for president. His liberal impact was nationwide.

The marker is No. 3 in the Dane County Historical Society Markers Series. 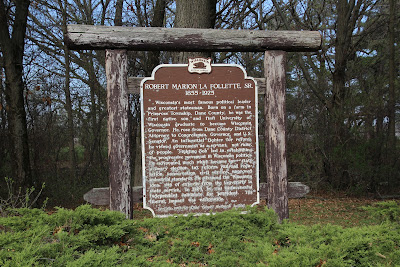 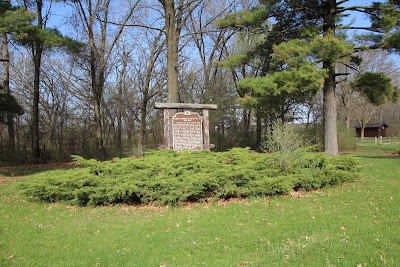 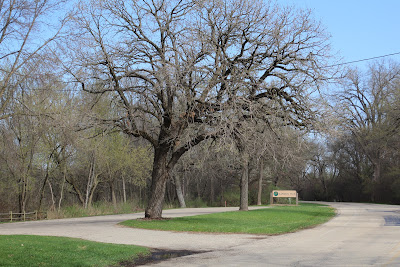 The marker is adjacent (to the right) of this parking
area for LaFollette Park. 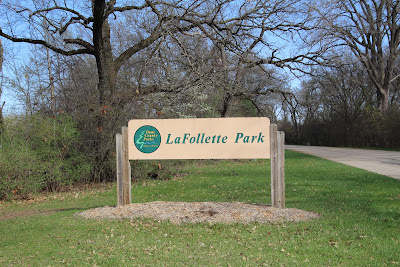 The marker is located at LaFollette Park. 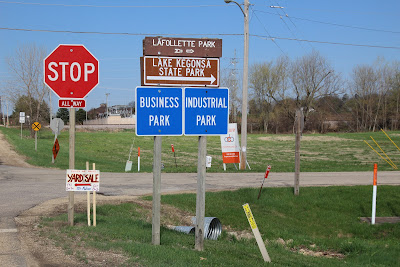 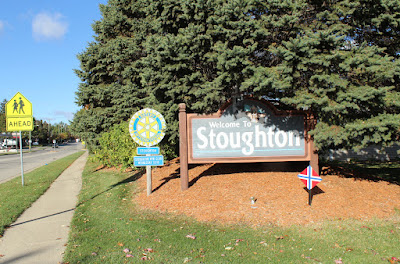