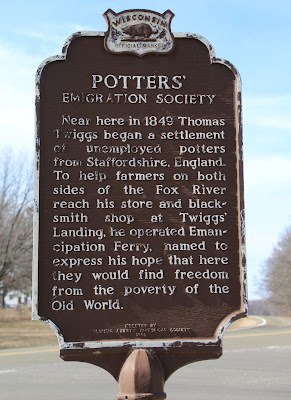 Near here in 1849 Thomas Twiggs began a settlement of unemployed potters from Staffordshire, England. To help farmers on both sides of the Fox River reach his store and blacksmith shop at Twiggs' Landing, he operated Emancipation Ferry, named to express his hope that here they would find freedom from the poverty of the Old World.

The marker is located on westbound County Road Cm, just west of its intersection with County Road T, Portage, Wisconsin 53901.

Wisconsin Magazine of History (Autumn 2010): "The road to 'Desolation Ferry' : the story of the Potters' Emigration Society"

The Road to Desolation Ferry: the Story of the Potters' Emigration Society. Author Roger Bentley explains the history of the Potter's Emigration Society, a group of artisans determined to escape the severe economic depression of England in the 1840s by starting a colony in Wisconsin. After a welcoming invitation from Governor Dodge (1782-1867), residents of the potteries traveled to Wisconsin in 1849 full of confidence and hope. Here they established the Emancipation Ferry settlement spanning over 50,000 acres several miles northeast of Portage, Columbia County. However, settlers were soon plagued with financial exhaustion and depleted supplies, resulting in mass famine and the unfortunate moniker "Desolation Ferry." (11 pages) 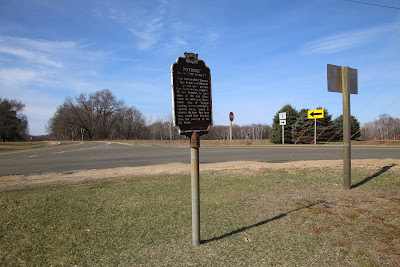 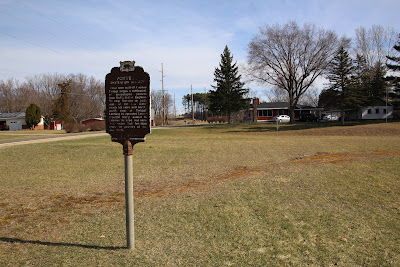 It's a two-sided marker, with the same content on both sides. 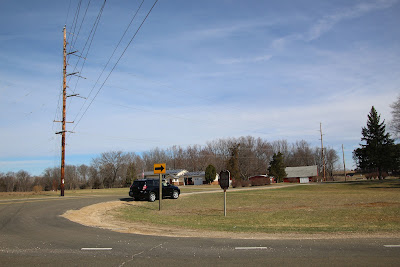 Plenty of parking at the marker location . . . 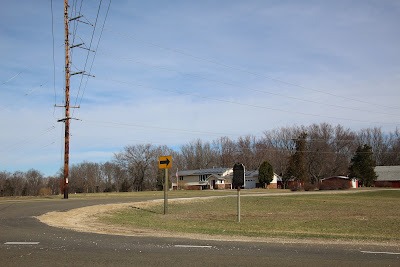 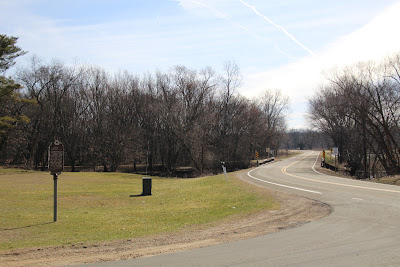 Looking east from the marker location . . . 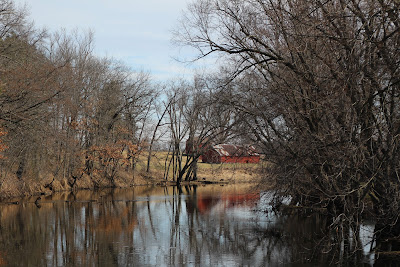 Beautiful scenery near the marker location . . . 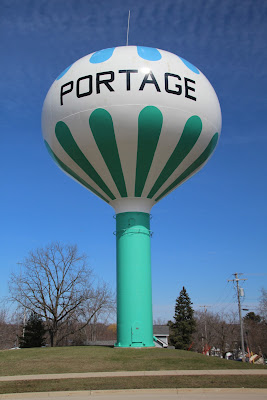 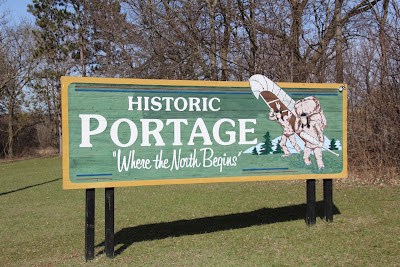 The marker is located in Portage, Wisconsin.