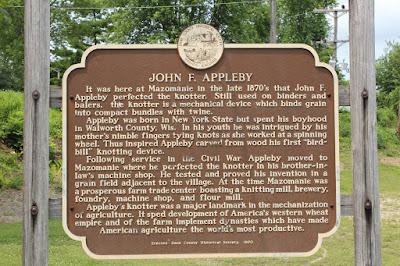 It was here at Mazomanie in the late 1870's that John F. Appleby perfected the knotter. Still used on binders and balers, the knotter is a mechanical device which binds grain into compact bundles with twine.

Appleby was born in New York State but spent his boyhood in Walworth County, Wis. In his youth he was intrigued by his mother's nimble fingers tying knots as she worked at a spinning wheel. Thus inspired Appleby carved from wood his first "bird-bill" knotting device.

Following service in the Civil War Appleby moved to Mazomanie where he perfected the knotter in his brother-in-law's machine shop. He tested and proved his invention in a grain field adjacent to the village. At the time Mazomanie was a prosperous farm trade center, boasting a knitting mill, brewery, foundry, machine shop, and flour mill.

Appleby's knotter was a major landmark in the mechanization of agriculture. It sped development of America's western wheat empire and of the farm implement dynasties which have made American agriculture the world's most productive.

The marker is located on southbound Broadhead Street next to the Mazomanie Historical Society Museum, 118 Broadhead Street, north of its intersection with West Exchange Street, Mazomanie, Wisconsin 53560.

The Early Career of John F. Appleby, by Robert O. Dodsworth, Mazomanie, Wisconsin (copyright 1995 by the Mazomanie Historical Society)
NOTE: This PDF is quite large and may load  slowly. Be patient, it's worth the wait.)

The History of Binders and Twine: John F. Appleby, inventor of the mechanical knotter that made twine binders possible.

The marker is No. 12 in the Dane County Historical Society Markers Series.

Use the "Mazomine Downtown Historic District" to identify all markers in this general location (there are several). 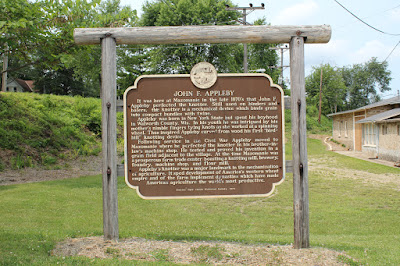 The marker is next to the Mazomanie Historical Society Museum. 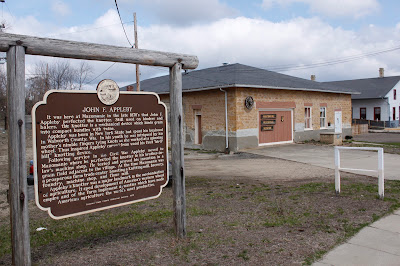 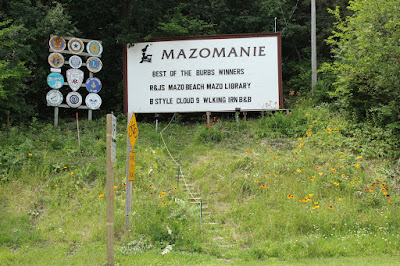