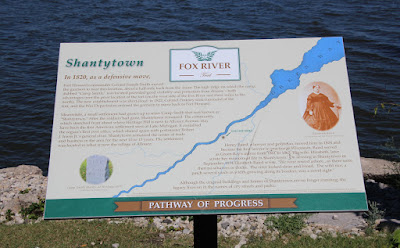 Fort Howard commander Colonel Joseph Smith moved the garrison to near this location, about a half-mile back from the shore. The high ridge on which the camp, dubbed “Camp Smith,” was located provided good visibility and protection from disease - both advantages over the prior location of the fort (on the west side of the Fox River and three miles to the north). The new establishment was short-lived: in 1822, Colonel Pinkney took command of the fort, and the War Department ordered the garrison to move back to Fort Howard.

Meanwhile, a small settlement had grown up to serve Camp Smith that was known as “Shantytown.” After the soldiers had gone, Shantytown remained. The community, which stretched from about where Heritage Hill is now to Allouez Avenue, may have been the first American settlement west of Lake Michigan. It contained the region's first post office, which shared space with postmaster Robert J. Irwin Jr.'s general store. Shantytown remained the center of trade and business in the area for for the next 10 to 15 years. The settlement was located in what is now the village of Allouez.

Henry Baird, a lawyer and politician, moved here in 1824 and became the first lawyer to practice in Wisconsin. Baird served as Green Bay's mayor from 1861 to 1862. His wife, Elizabeth, later wrote her memoirs of life in Shantytown. On arriving in Shantytown in September 1824 Elizabeth Baird wrote, “We were rowed ashore...as there were then no wharves or docks. The river looked clean and broad. The wild rice, a patch several yards in width growing along the borders, was a novel sight.”
Although the original buildings and homes of Shantytown are no longer standing, the legacy lives on in the names of city streets and parks.

The marker is located along the Fox River Trail and is easily accessible from the parking lot of  Trailmixers Bar & Grill on southbound Riverside Drive, located at 2150 Riverside Drive, Allouez, Wisconsin 54301.

Wisconsin Historical Society: Henry and Elizabeth Baird Papers Collection
The Society holds the papers of these two prominent settlers who participated in the birth and growth of Wisconsin over the course of the 19th century.


This marker is one in a series of 12 interpretative signs placed along the Fox River Trail from downtown Green Bay to the Village of Allouez. These signs feature topics related to the history of the Green Bay area associated with the Fox River and also focuses on the importance of the Port of Green Bay in our community.  Click here for a list of all markers included in the series. 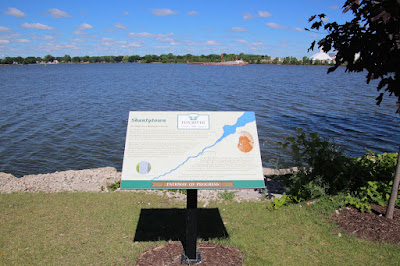 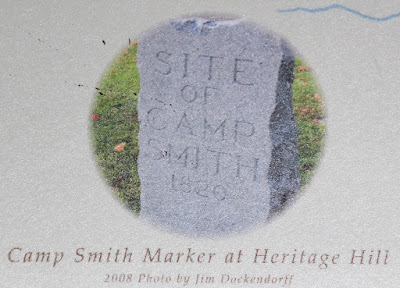 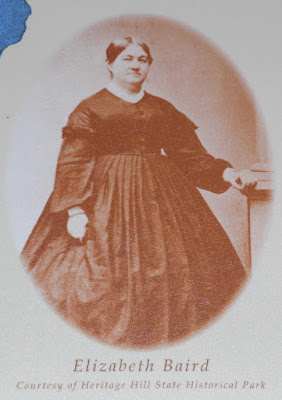 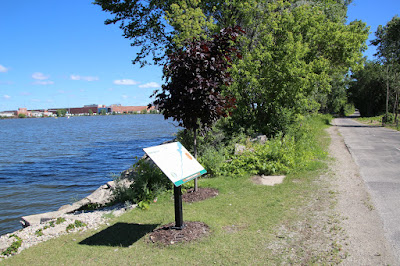 The marker is located along the Fox River Trail. 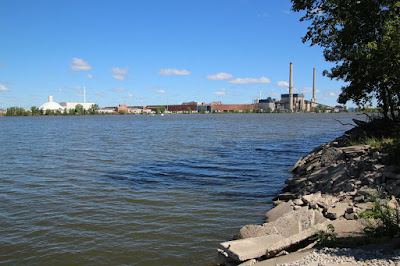 Looking northwest across the Fox River. 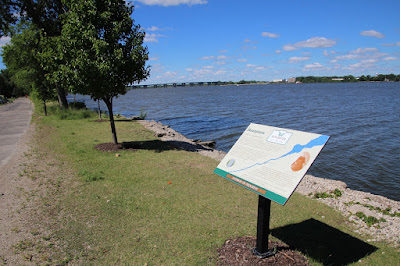 Looking south, with the Highway 187 bridge in the distance. 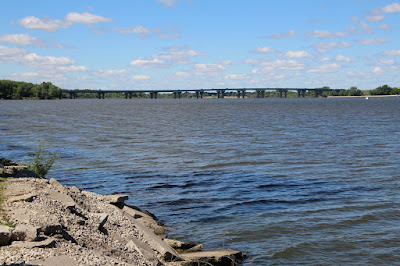 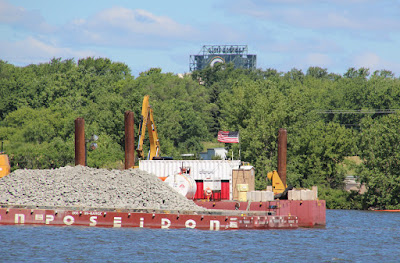 Zoom-in across to the west bank and there's Lambeau Field in the distance! 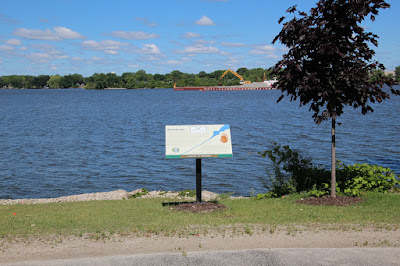 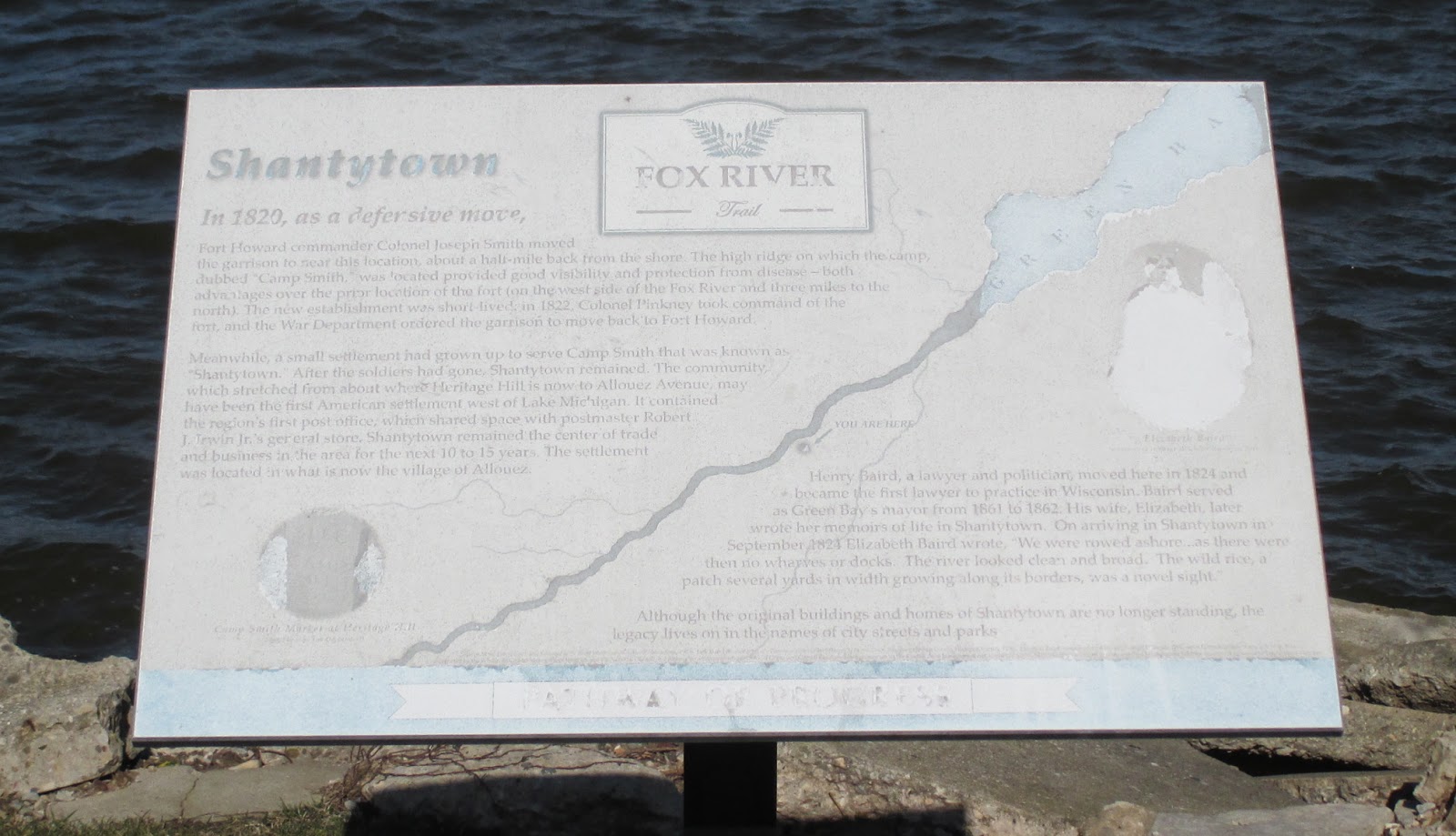 The marker was badly faded at the time of my first visit in 2013. 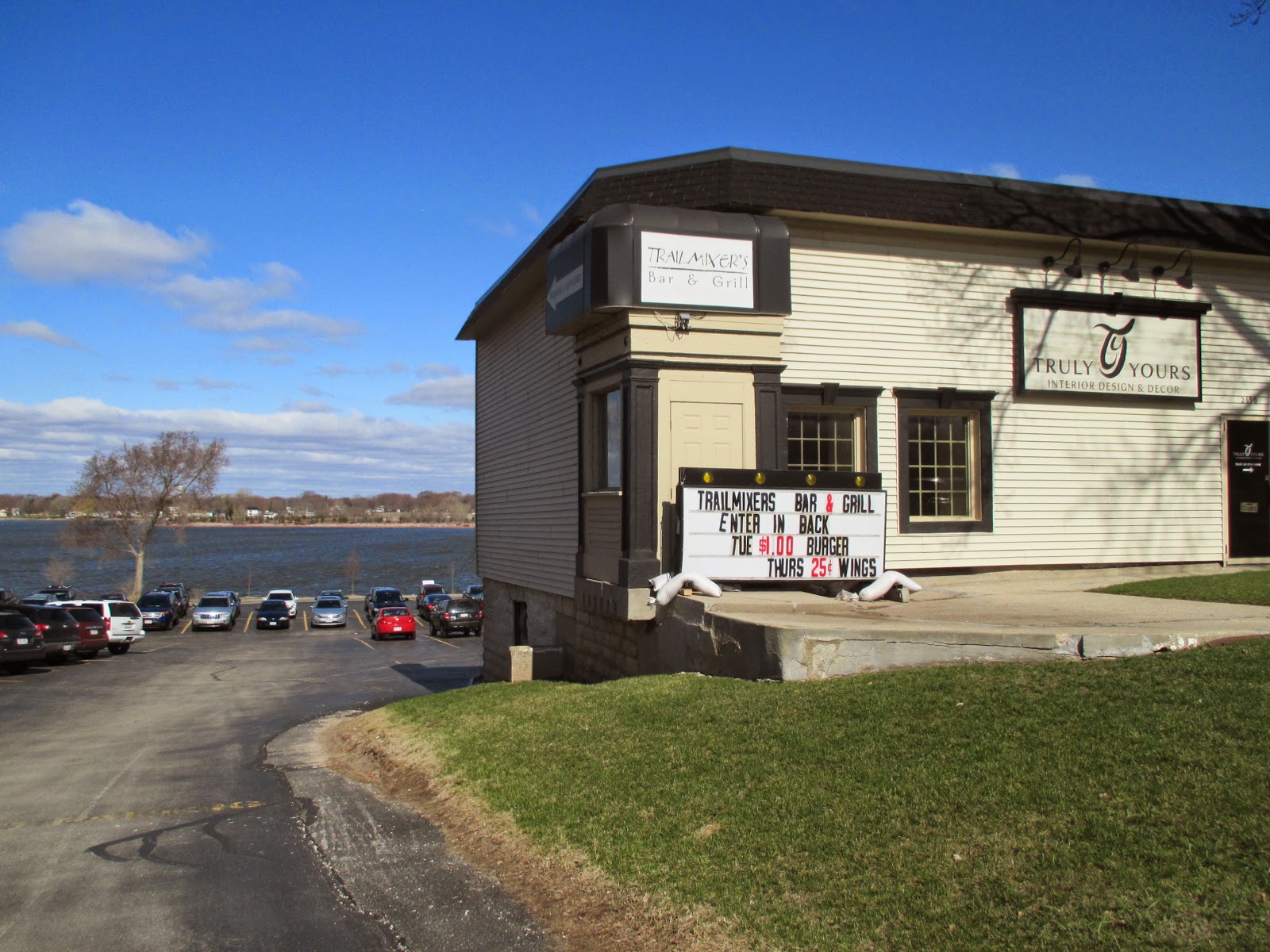 The marker is easily accessible from the parking lot
behind Trailmixers Bar & Grill.