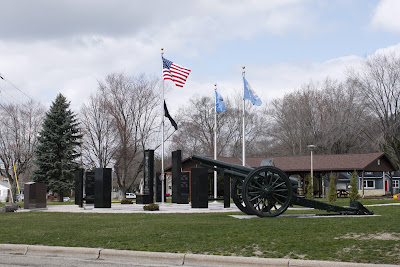 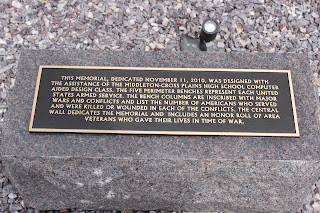 This memorial, dedicated November 11, 2010, was designed with
the assistance of the Middleton-Cross Plains High School Computer
Aided Design Class. The five perimeter benches represent each United
States Armed service. The bench columns are inscribed with major
wars and conflicts and list the number of Americans who served
and were killed or wounded in each of the conflicts. The central
wall dedicates the memorial and includes an Honor Roll of area
Veterans who gave their lives in time of war. 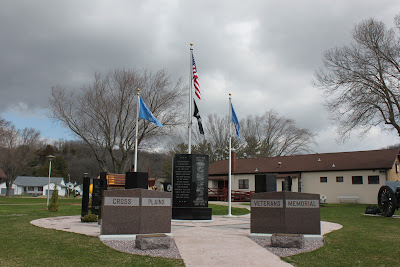 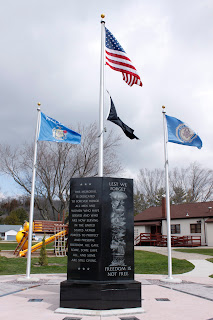 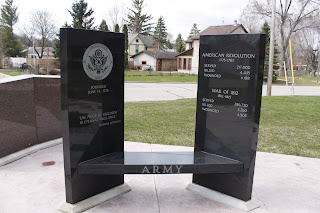 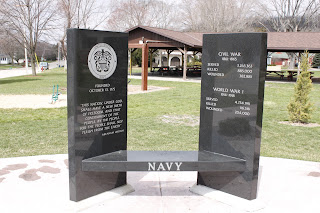 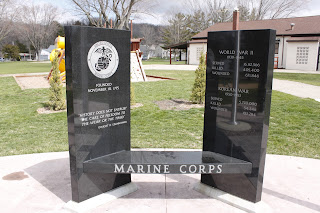 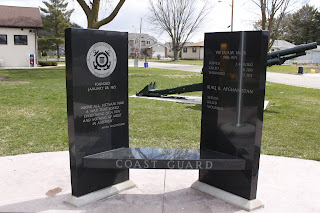 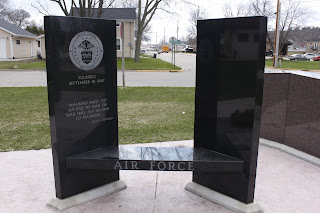 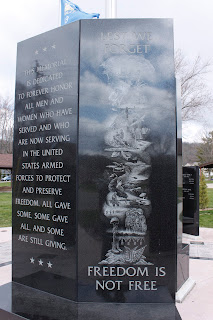 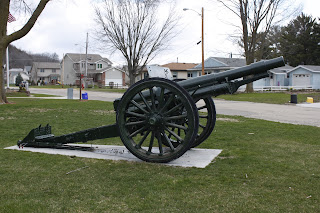 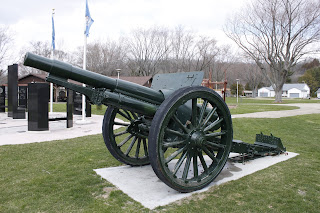 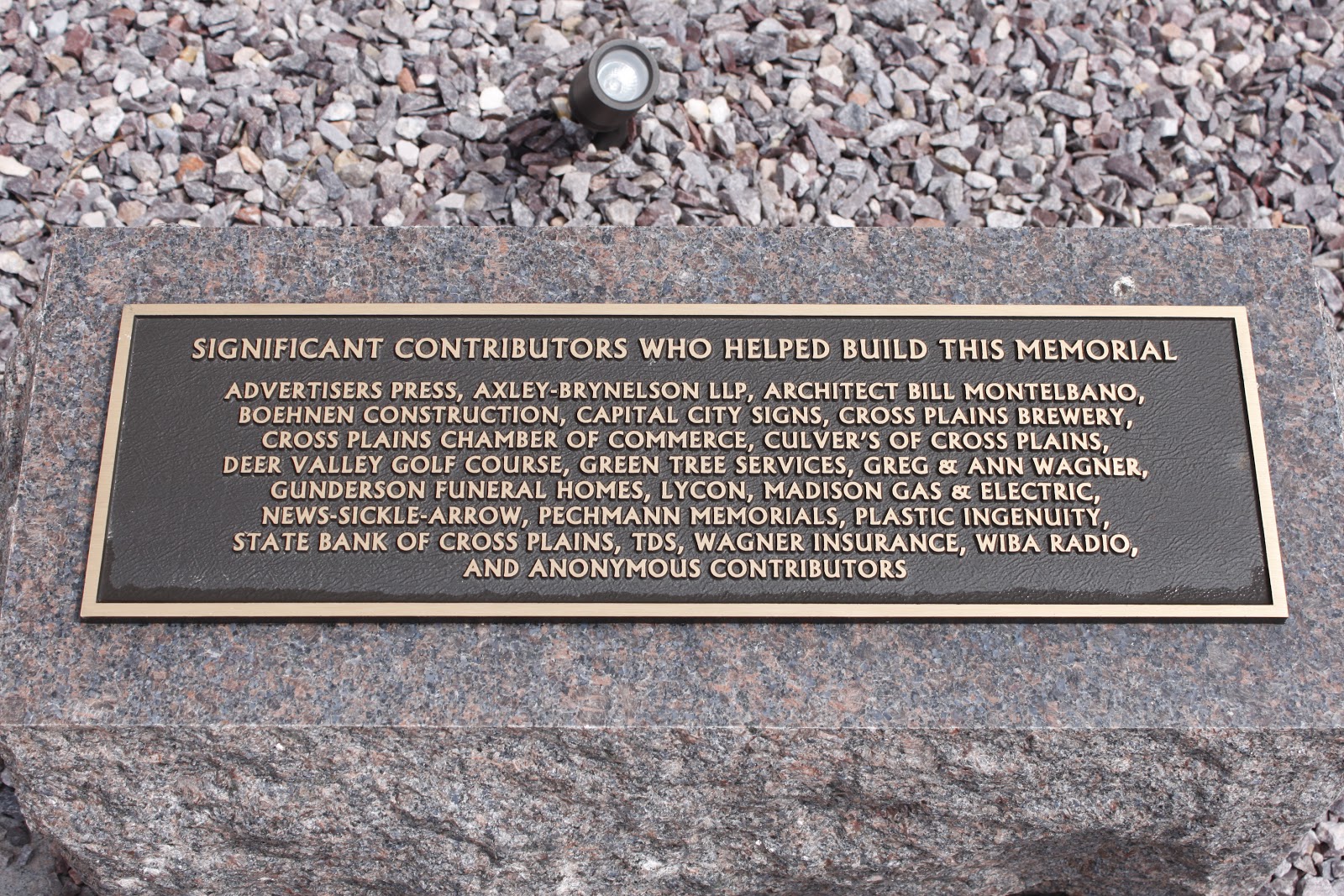 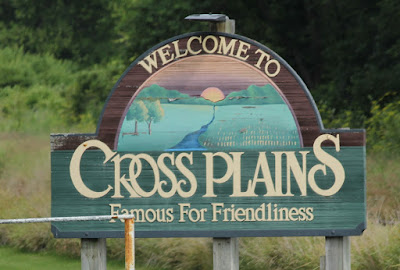 The memorial is located in Cross Plains, Wisconsin.