A Journey of 532 Markers

The Wisconsin Historical Society probably never imagined a near-death experience would be the genesis for an interest in their historical markers, but that’s how it happened for me – a diagnosis of Stage III-A colon cancer in 2011 (the day before my 55th birthday), a bleak two-year window, and a happenstance encounter with Marker 26: Dawn Manor: Site of the Lost City of Newport. I’d only recently moved to Wisconsin and knew nothing about the state, except that a football team called “the Packers” played here and that I was a long way from Westchester County, New York, where I had lived since 2005, and my native Southern California.

My first Wisconsin adventure was an overnight trip in June 2012 to visit the Man Mound in Baraboo (Sauk County). Along the way, I encountered several of the state historical markers. When I returned home, I did some research and discovered an "official list" containing 532 markers. I'd been looking for something to keep me busy (and my mind off the cancer), so I determined to spend the remaining 18 months of my two-year window visiting and photographing every marker on the list.

My journey officially began on June 28, 2012. Now, a little more than two years later, the Wisconsin Historical Markers website has posted links to more than 2,400 Wisconsin historical markers and sites, museums, lighthouses, and veterans memorials, along with nearly 25,000 photographs, and is proud to have the most comprehensive survey of its kind anywhere online.

Along the way I learned that my great-grandmother, Annetta Johnson (after whom I was given the middle name “Anne”), was a pioneer immigrant from Norway to Wautoma, Wisconsin, and that my grandmother, Ethel Peterson, was born there on 23 May 1895. I also learned that Hjalmar Rued Höland -- whose books on Norwegians arriving in America before Columbus were held as sacred as any holy scriptures in the home I grew up in -- is my great uncle (brother to "Netty", as re called her). Uncle Hjalmar was an avid historian, prolific writer, a curator with the Wisconsin Historical Society, a founding member and long-time president of the Door County Historical Society, and is the namesake of the Door County Chapter of the Sons of Norway . . . and I have landed just an hour’s drive from where he settled in Ephraim in the late 1800’s.

I am humbled and honored to carry on the legacy of my Uncle Hjalmar – a man I never knew in person, but whom (along with my grandmother) I absolutely believe is with me every step of my journey to visit, photograph, and document the historical markers and sites of Wisconsin. 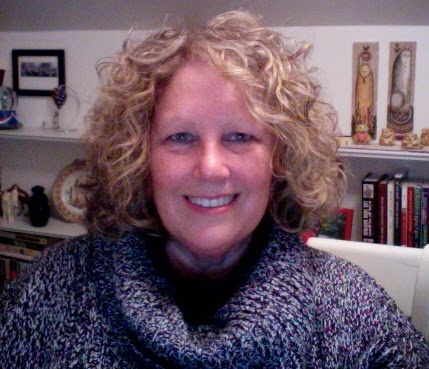 I was asked in 2013 to write an article about my journey for the Brown County Historical Society quarterly newsletter. Here's the article as it appeared in the June 2013 issue along with some of my photos.

Fantastic website. I'll be using this one often. Thank you and good luck (fellow cancer combatant)

Thank you! And best to you, too, with your cancer.

Melinda one of my hobbies is numbers - specifically prime numbers. I just posted a comment - anonymously - awaiting moderation on market # 89.

I sure hope you are able to overcome your cancer. I, too, am 55 years young. Born 2/5/58. Thanks for creating this blog/site and good luck to you!

Thank you for your comments, and your encouragement. I've really enjoyed this journey. It's given me the impetus to keep moving forward, and keeping that cancer moment behind me!

Thanks for writing about your experiences! This is such a unique and wonderful way to share the history of our wonderful Wisconsin!

You're awesome! What a wonderful story and undertaking!!!

Hmm it seems like your site ate my first comment (it
was super long) so I guess I'll just sum it up what I submitted
and say, I'm thoroughly enjoying your blog. I too am an aspiring blog blogger but I'm still new to the whole thing.
Do you have any recommendations for novice blog writers?
I'd definitely appreciate it.

I don't even know how I stopped up here, but I believed this submit used
to be good. I don't recognize who you are but definitely you're going to a
well-known blogger should you are not already. Cheers!

Would you believe I was searching for the Tisch Mills Forst Inn to see if it was still open and possibly serving food. What a bit of serendipity that I found this site. I am co-editor of the Two Rivers Historical Society and truly admire the info found here. I have bookmarked it, and will be back many times to learn more. Thank you for your wonderful site, and I hope you are doing well.

Hey there, looking for Finnish community to support a filmmaker from Finland when I ran into this site on The Little Finland Cultural Center Marker. Knew it was you! :) How have you been? Miss ya! Miss leader of GBFF!