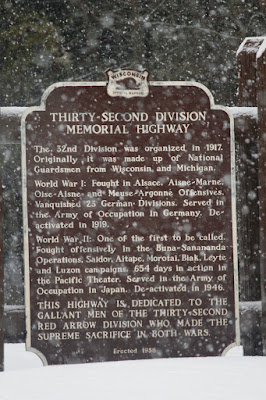 World War I: Fought in Alsace, Aisne-Marne, Oise-Aisne, and Meuse-Argonne Offensives. Vanquished 23 German Divisions. Served in the Army of Occupation in Germany. De-activated in 1919.

World War II: One of the first to be called. Fought offensively in the Buna-Sanananda Operations. Saidor, Aitape, Morotai, Biak, Leyte and Luzon campaigns. 654 days in action in the Pacific Theater. Served in the Army of Occupation in Japan. De-activated in 1946.

The marker is located at a highway pull-off on Wisconsin Highway 32 / U.S. 45, just north of its intersection with Wisconsin River Road, just south of the Wisconsin / Michigan state lines, Land O' Lakes, Wisconsin 54540.

NOTE: I first visited this marker on Easter Sunday 2013, and was caught in an unexpected blizzard. I returned to the area May 31, 2013, and took the opportunity to rephotograph the marker. The "blizzard-less" photos are posted below. 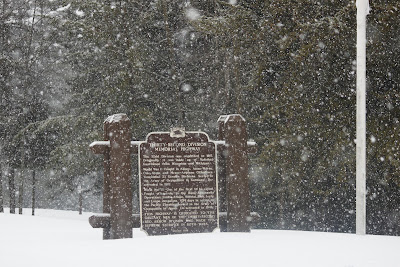 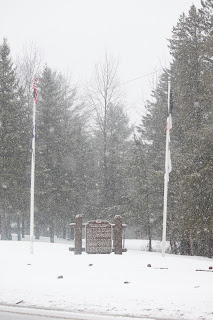 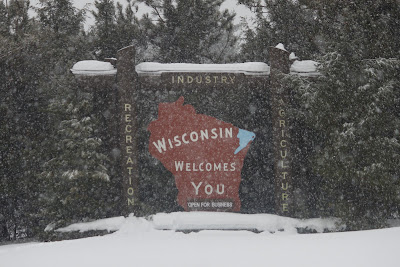 Welcome sign near marker,
which is located near the Wisconsin / Michigan state line. 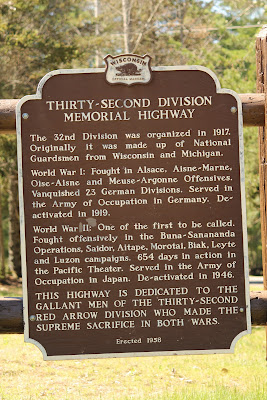 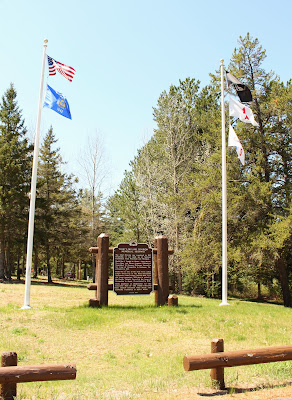 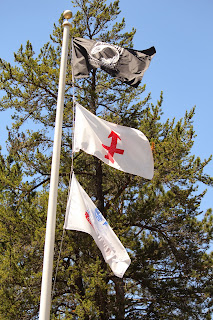 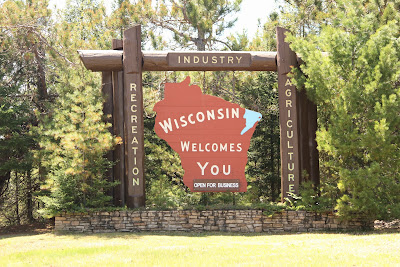 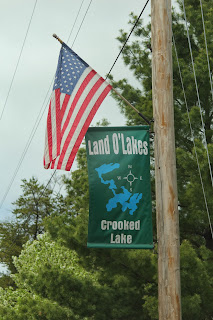