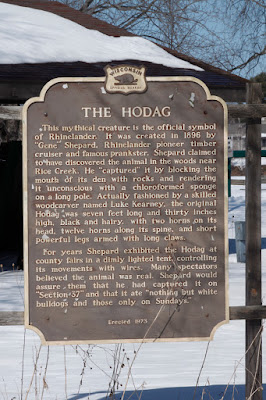 This mythical creature is the official symbol of Rhinelander. It was created in 1896 by "Gene" Shepard, Rhinelander pioneer timber cruiser and famous prankster. Shepard claimed to have discovered the animal in the woods near Rice Creek. He "captured" it by blocking the mouth of its den with rocks and rendering it unconscious with a chloroformed sponge on a long pole. Actually fashioned by a skilled woodcarver named Luke Kearney, the original Hodag was seven feet long and thirty inches high, black and hairy, with two horns on its head, twelve horns along its spine, and short powerful legs armed with long claws.

For years Shepard exhibited the Hodag at county fairs in a dimly lighted tent, controlling its movements with wires. Many spectators believed the animal was real. Shepard would assure them that he had captured it on "Section 37" and that it ate "nothing but white bulldogs and those only on Sundays."

The marker is located at Hodag Park on southbound Hodag Beach Drive, north of its intersection with Madison Street, Rhinelander, Wisconsin 54501.

See also, The Hodag, related to this marker, at a nearby location. 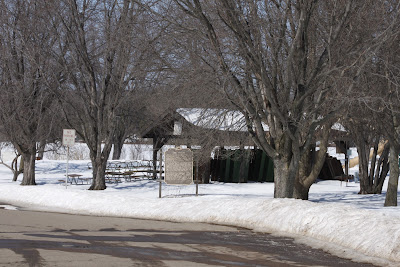 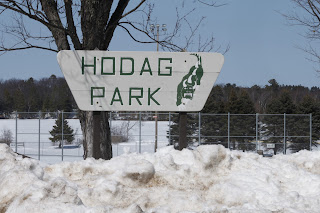 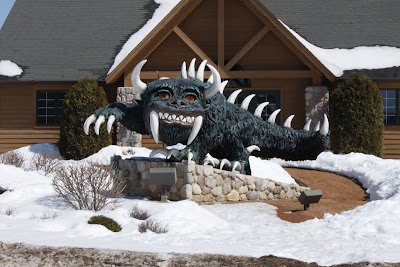 See also, The Hodag, at a nearby location. 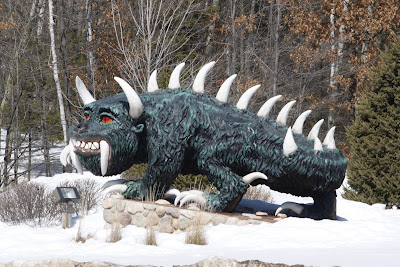 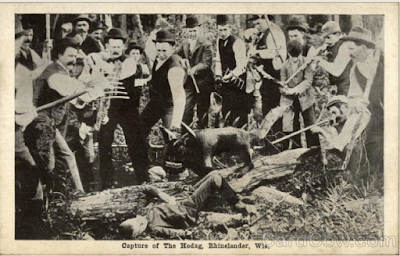 Screenshot of vintage postcard provided by CardCow.com
Capture of The Hodag, Rhinelander, Wis. 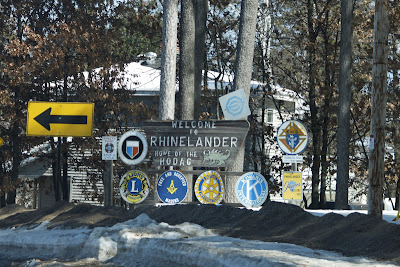 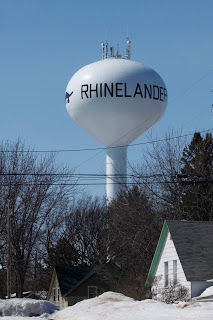 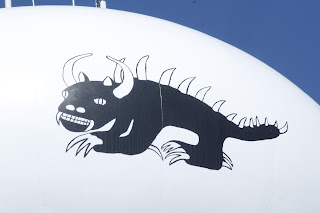 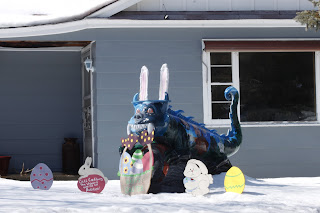