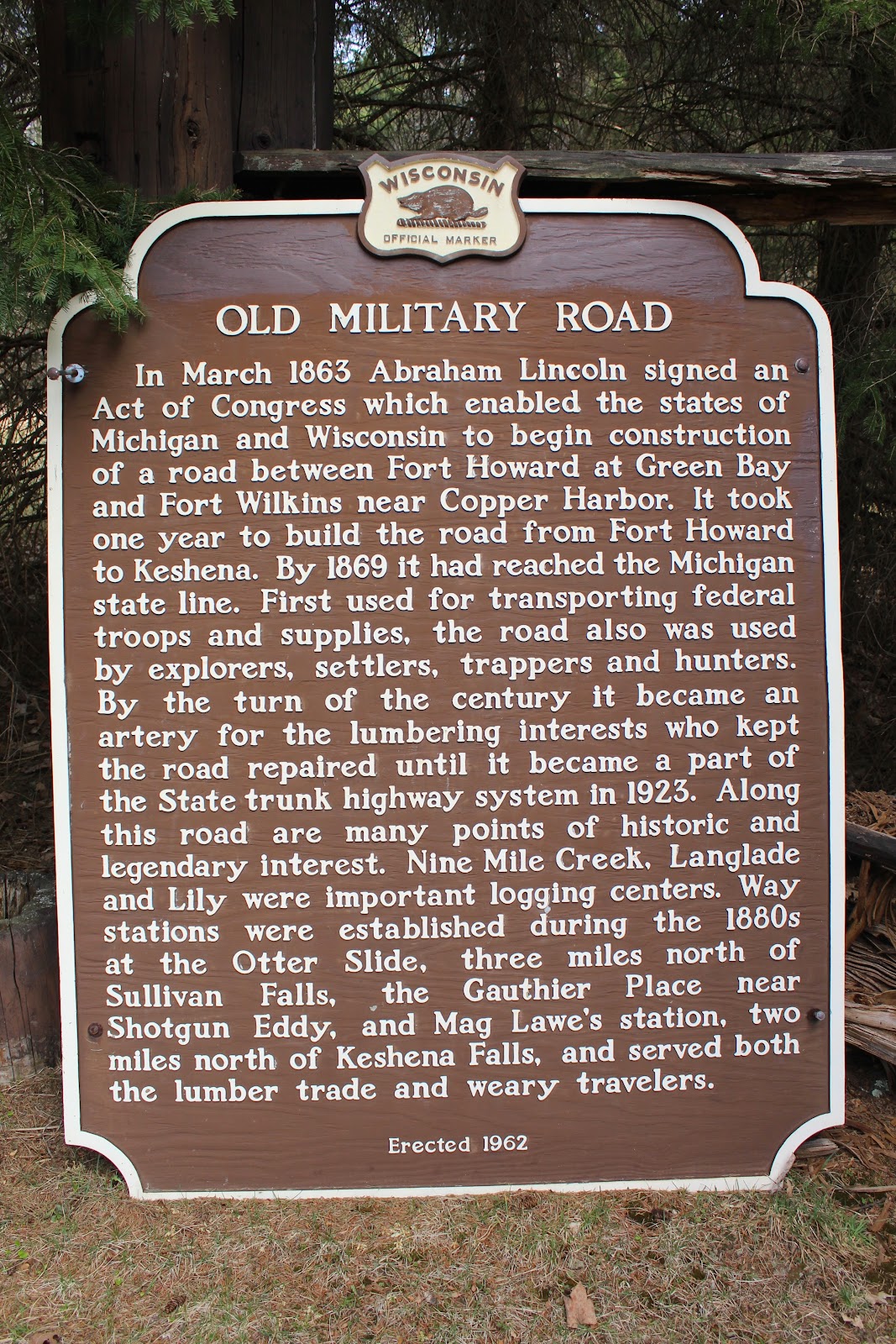 In March 1863 Abraham Lincoln signed an Act of Congress which enabled the states of Michigan and Wisconsin to begin construction of a road between Fort Howard at Green Bay and Fort Wilkins near Copper Harbor. It took one year to build the road from Fort Howard to Keshena. By 1869 it had reached the Michigan state line. First used for transporting federal troops and supplies, the road also was used by explorers, settlers, trappers and hunters. By the turn of the century it became an artery for the lumbering interests who kept the road repaired until it became a part of the State trunk highway system in 1923. Along this road are many points of historic and legendary interest. Nine Mile Creek, Langlade and Lily were important logging centers. Way stations were established during the 1880s at the Otter Slide, three miles north of Sullivan Falls, the Gauthier Place near Shotgun Eddy, and Mag Lawe's station, two miles north of Keshena Falls, and served both the lumber trade and weary travelers.

The marker is located inside Military Park on southbound Wisconsin Highway 55, about a mile south of its intersection with County Highway A, Pickerel, Wiscosnin 54491.

NOTE: This marker is not easily accessible when snow is on the ground. 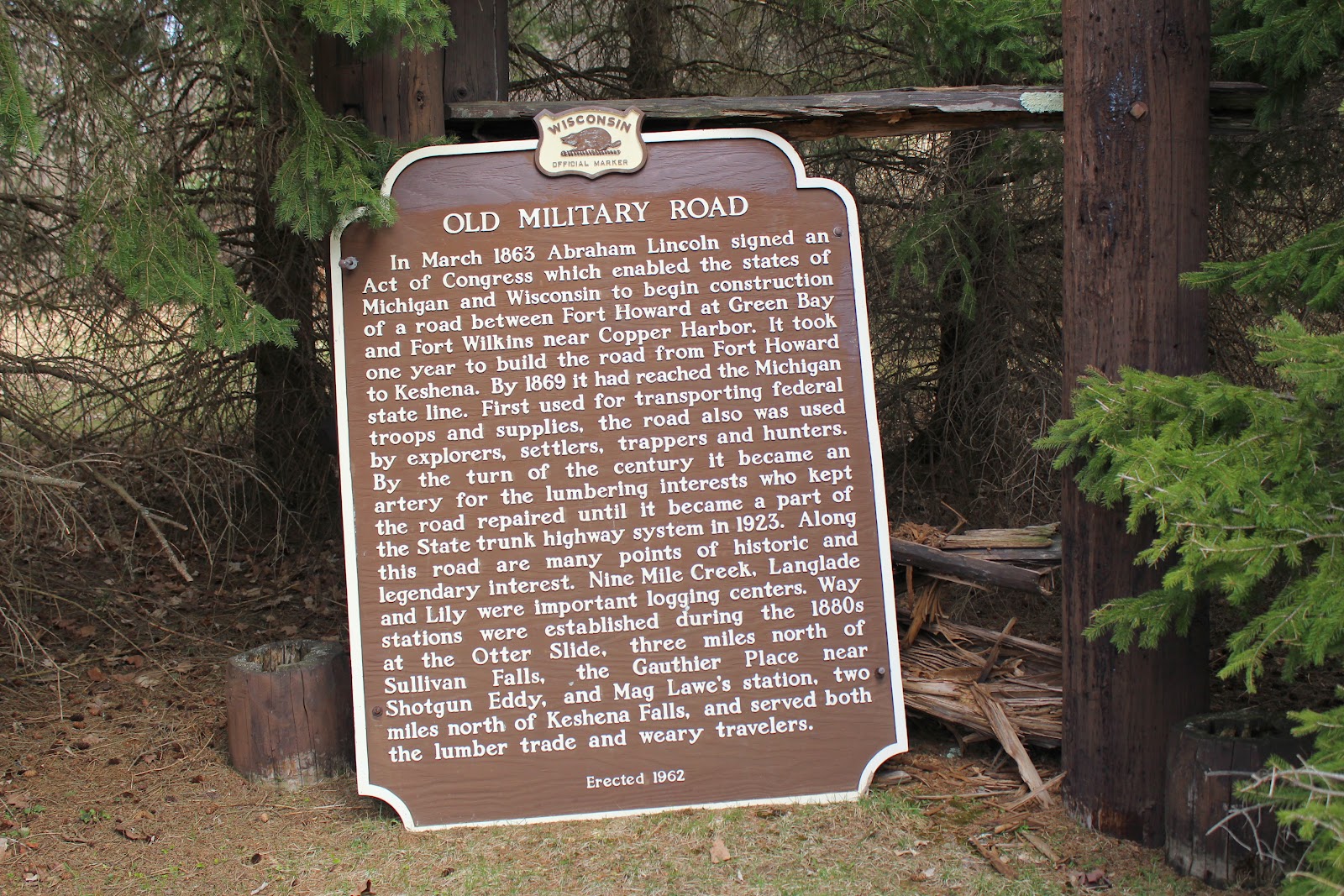 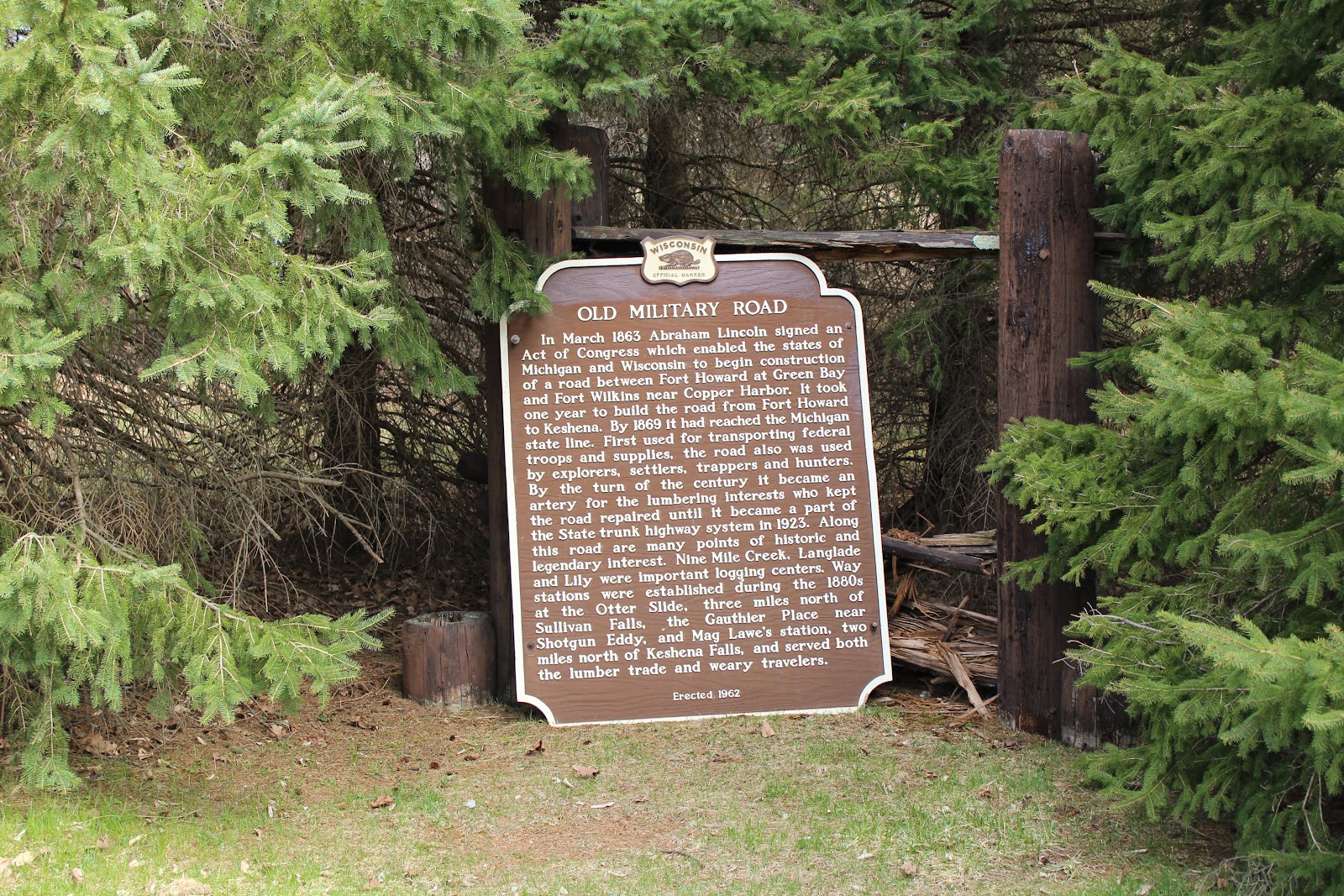 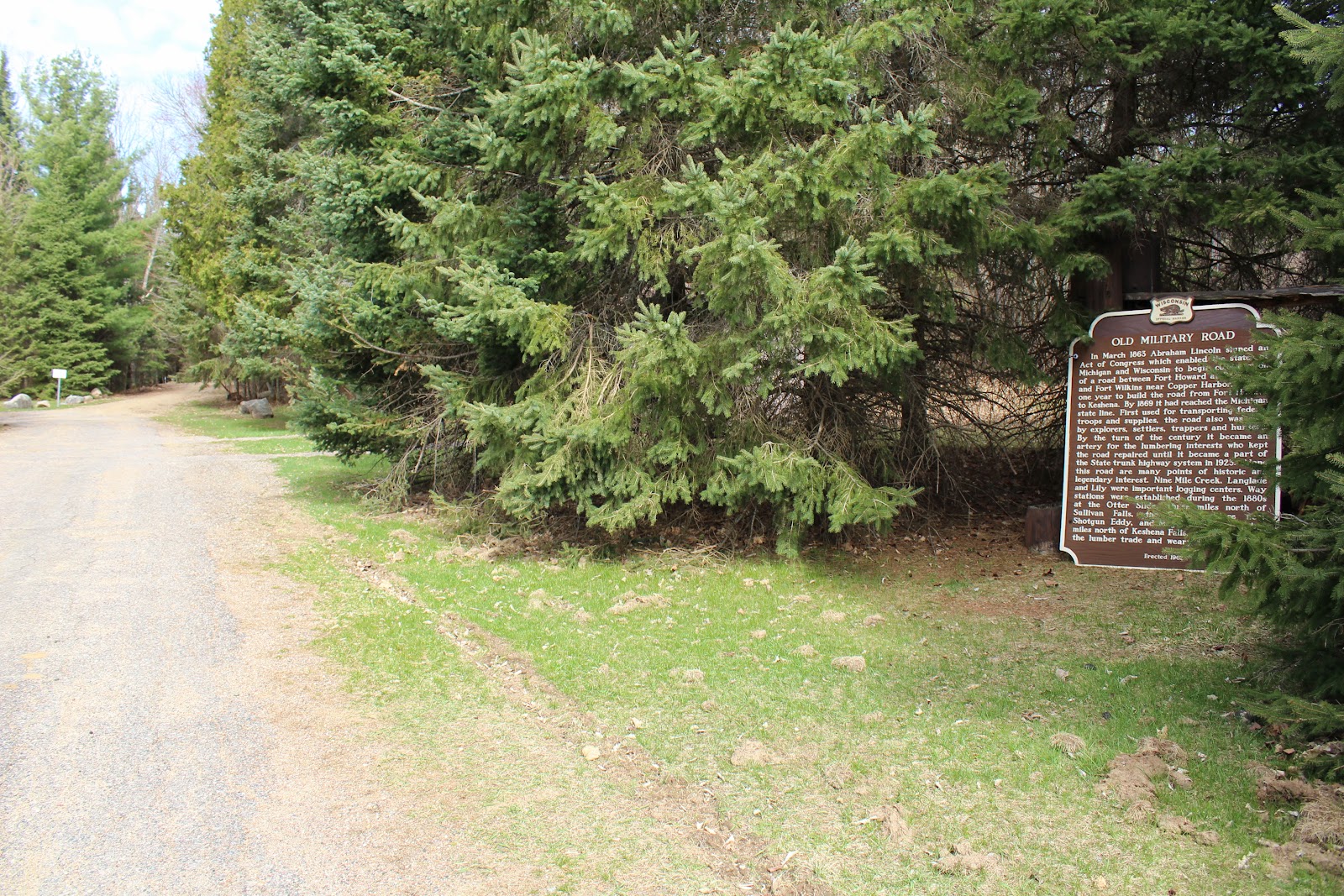 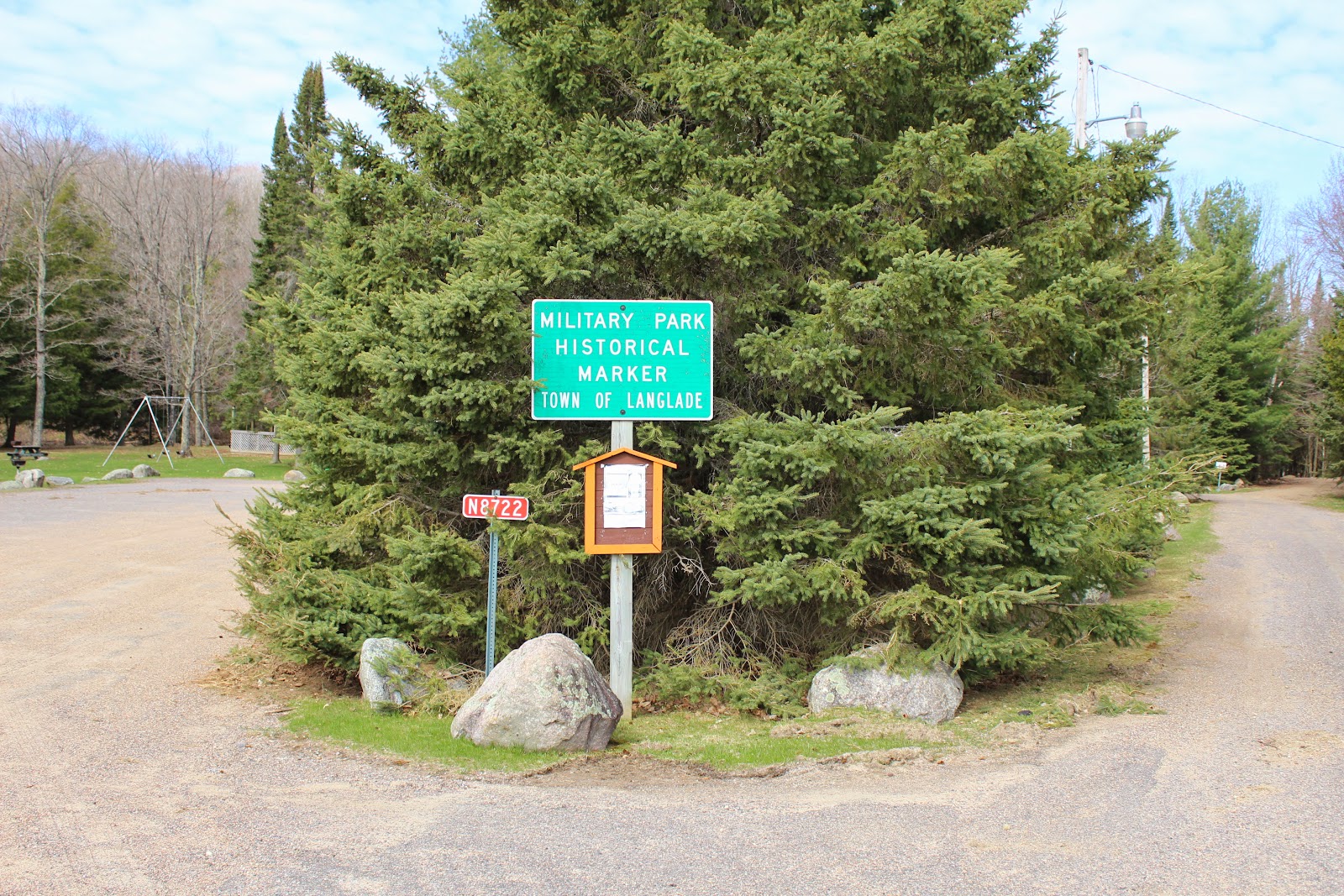 Follow this road to the right -- the marker will be on your right,
hidden amongst the trees. 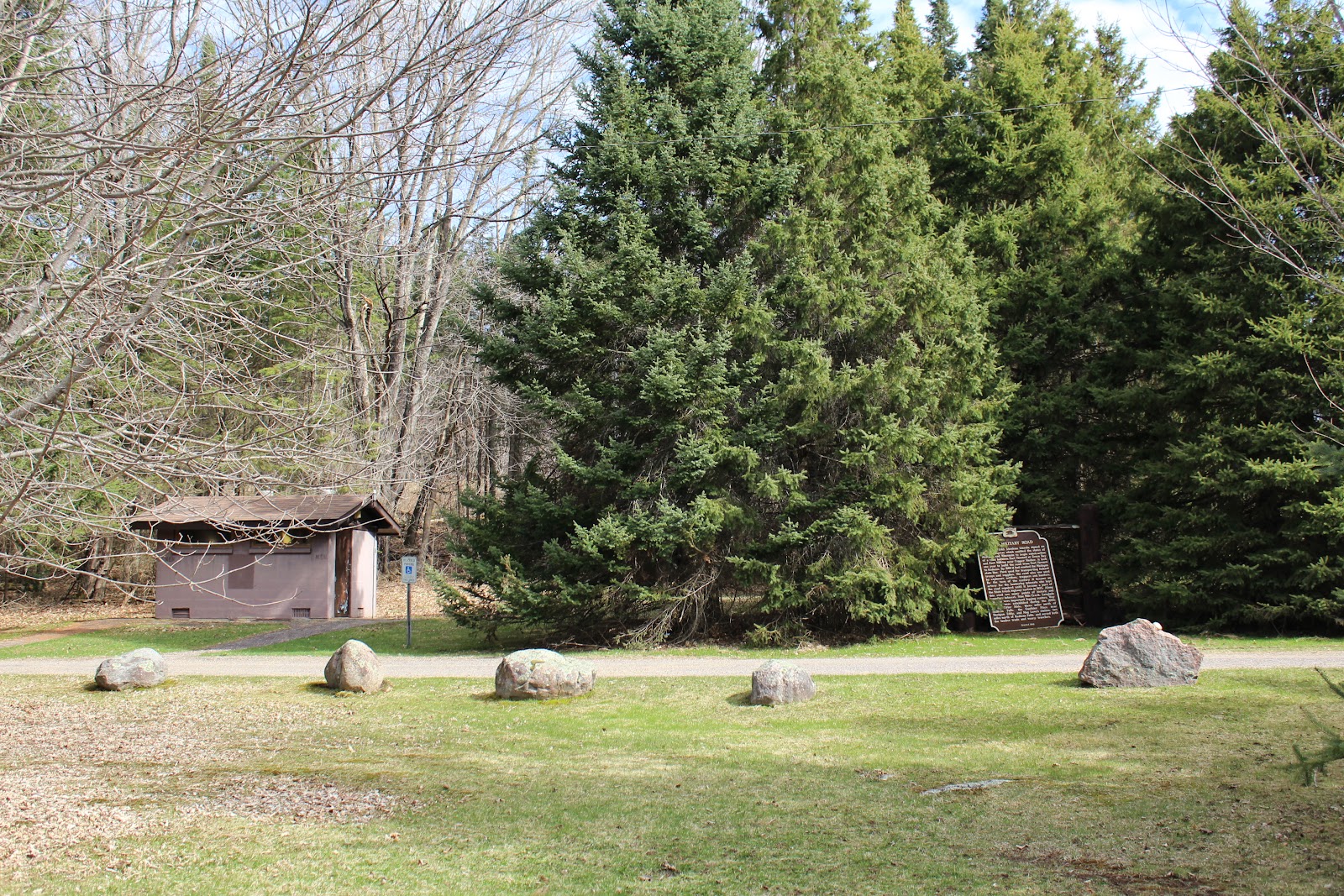 View from across the park roadway. 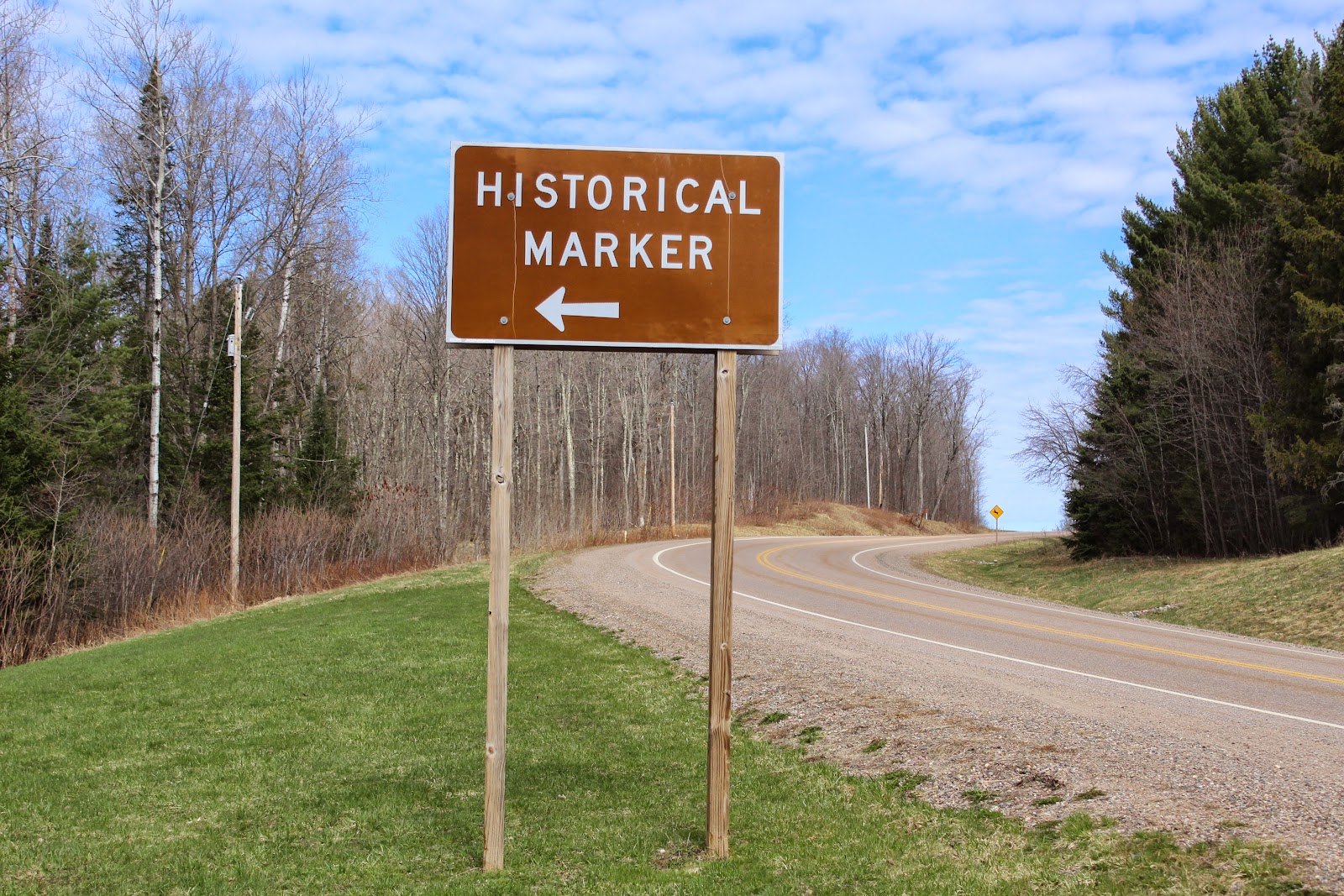 At the entrance to the park. 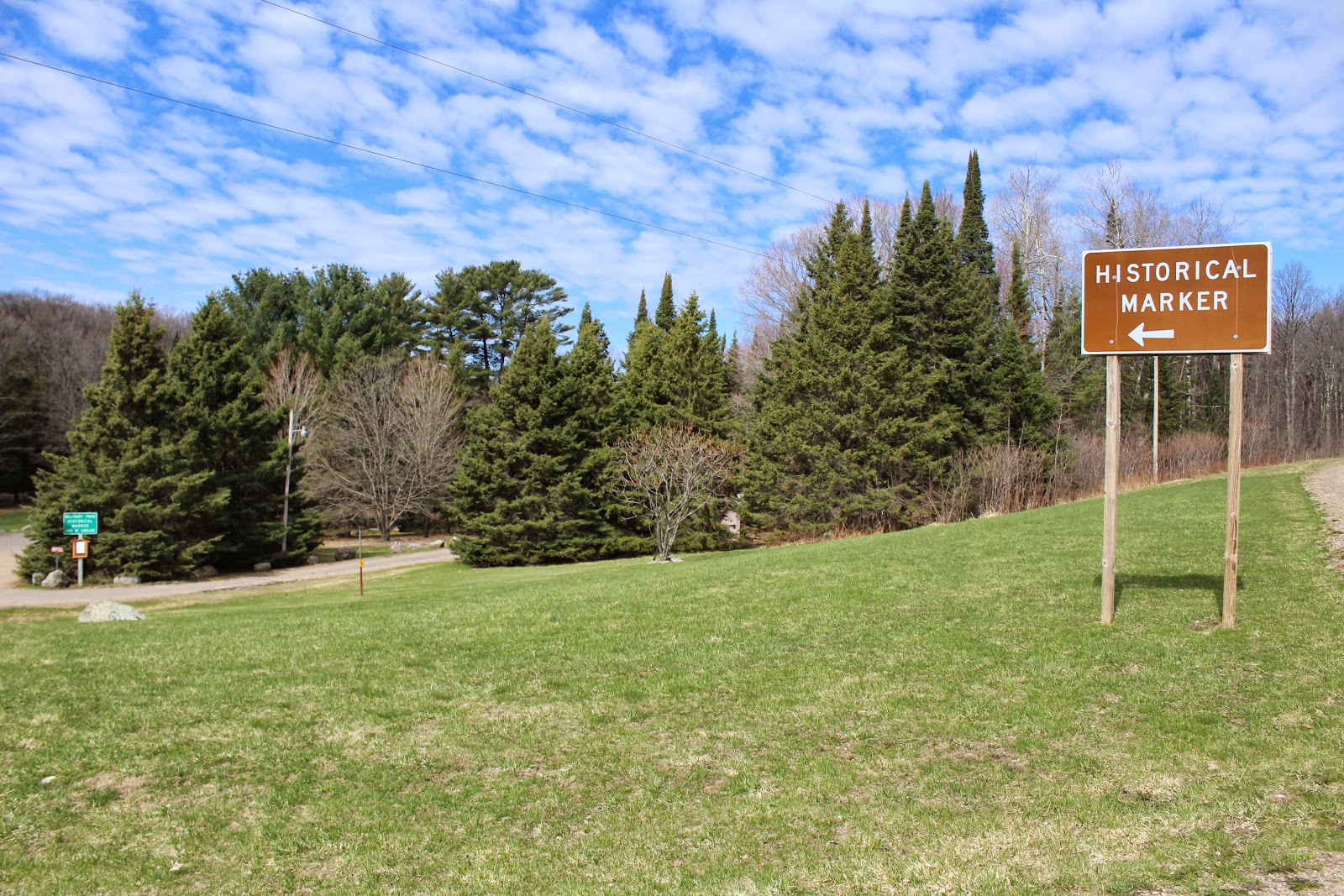 The marker is at the bottom of the hill, hidden in the pine trees
across the roadway and to the right of the green sign in the distance. 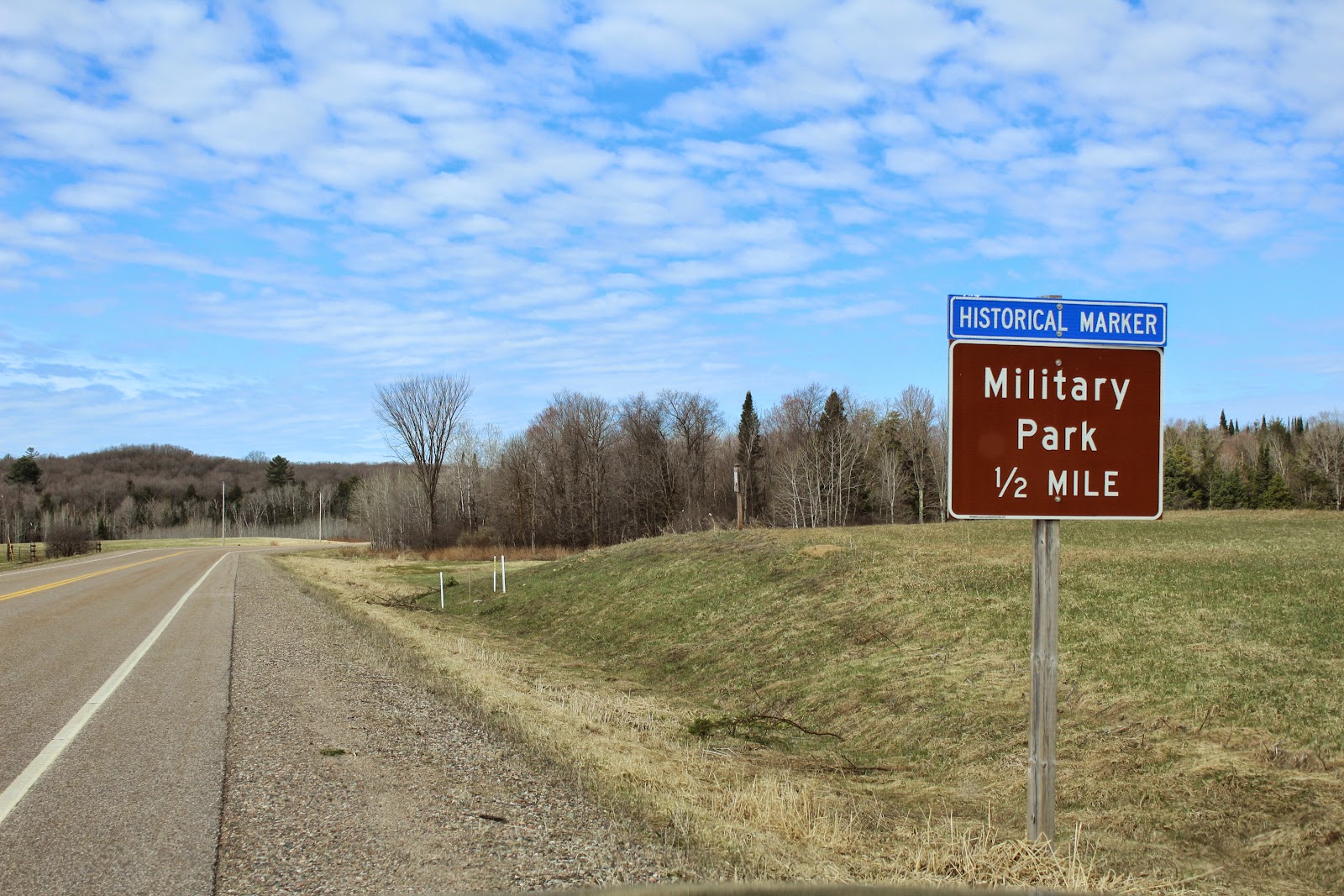 The marker is located in Military Park in White Lake, Wisconsin. 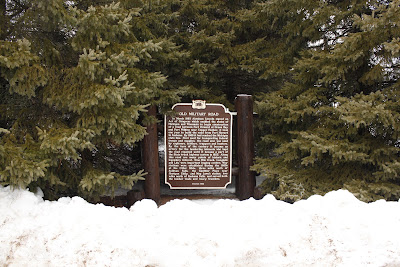 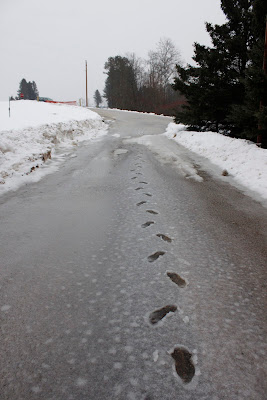 My treacherous, slippery trek in the ice and snow
from the top of the hill to the marker location
(the park was closed for the season when I arrived).