Twelve new interpretive signs have been added on the Fox River Trail from downtown Green Bay to the Village of Allouez. These signs feature topics related to the history of the Green Bay area associated with the Fox River and also focuses on the importance of the Port of Green Bay in our community. This project, initiated by the Green Bay Chamber of Commerce's Leadership Green Bay Program, was a great example of community partnership. Leadership Green Bay developed the sign design concept by enlisting the services of a NWTC student and performed historical research in conjunction with the Brown County Library, Neville Public Museum and Brown County Historical Society. The Leadership group also raised funds from a number of local businesses to help with the project costs. The City of Green Bay allowed placement of four signs along the city-operated section of the trail north of Porlier Street and Brown County Parks hosts the other eight signs south of Porlier. The Brown County Port Department also provided sign development needs as well as partial funding for the project and a Wisconsin Coastal Management grant funded 50% of the total project. What a fantastic example of community cooperation! 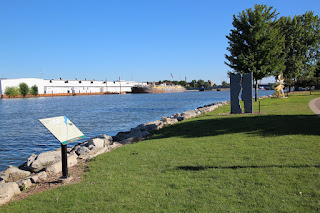 Influence of the Fur Trade

Minahan’s Tomb
(this marker has been confirmed missing) 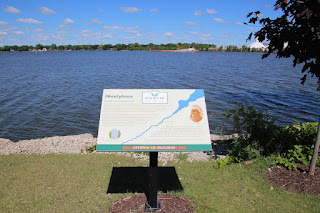 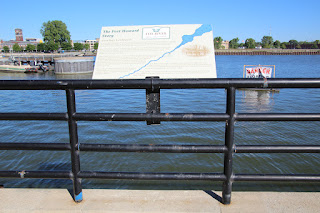 The Little House with a Big History 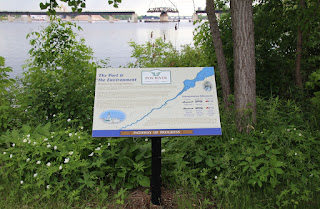 The Port & the Environment 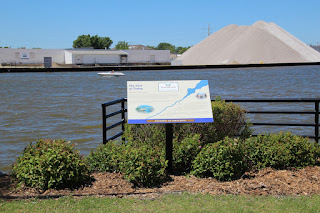 The Port of Today 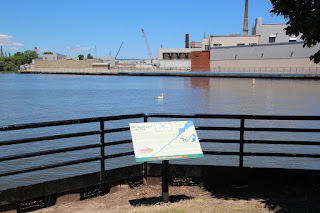 The Significance of the Port