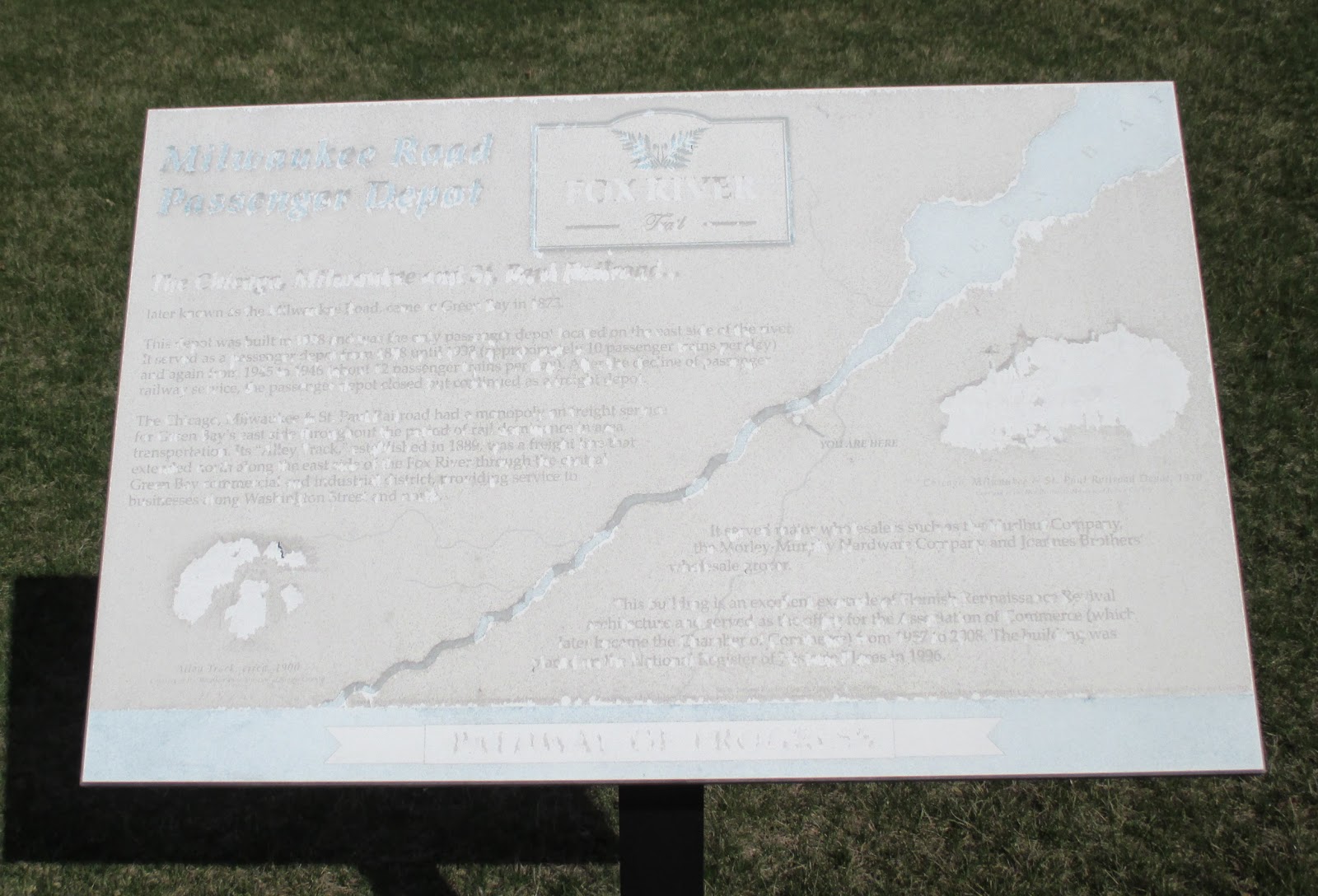 later known as the Milwaukee Road came to Green Bay in 1873.

The Chicago, Milwaukee & St. Paul Railroad had a monopoly on freight service for Green Bay's east side throughout the period of rail dominance in area transportation. Its "Alley Track," established in 1889 was a freight line that extended north along the east side of the Fox River through the central Green Bay commercial and industrial district, providing service to businesses along Washington Street and north.

It served major wholesalers such as the Hurlbut Company, the Morley-Murphy Hardware Company and Joannes Brothers' wholesale grocer.

The building is an excellent example of Flemish Renaissance Revival architecture and served as the office for the Association of Commerce (which later became the Chamber of Commerce) from 1957 to 2008. The building placed on the National Register of Historic Places in 1996.

NOTE: There is plenty of parking on South Washington Street; then a short walk to the Fox River Trail to the marker's location. 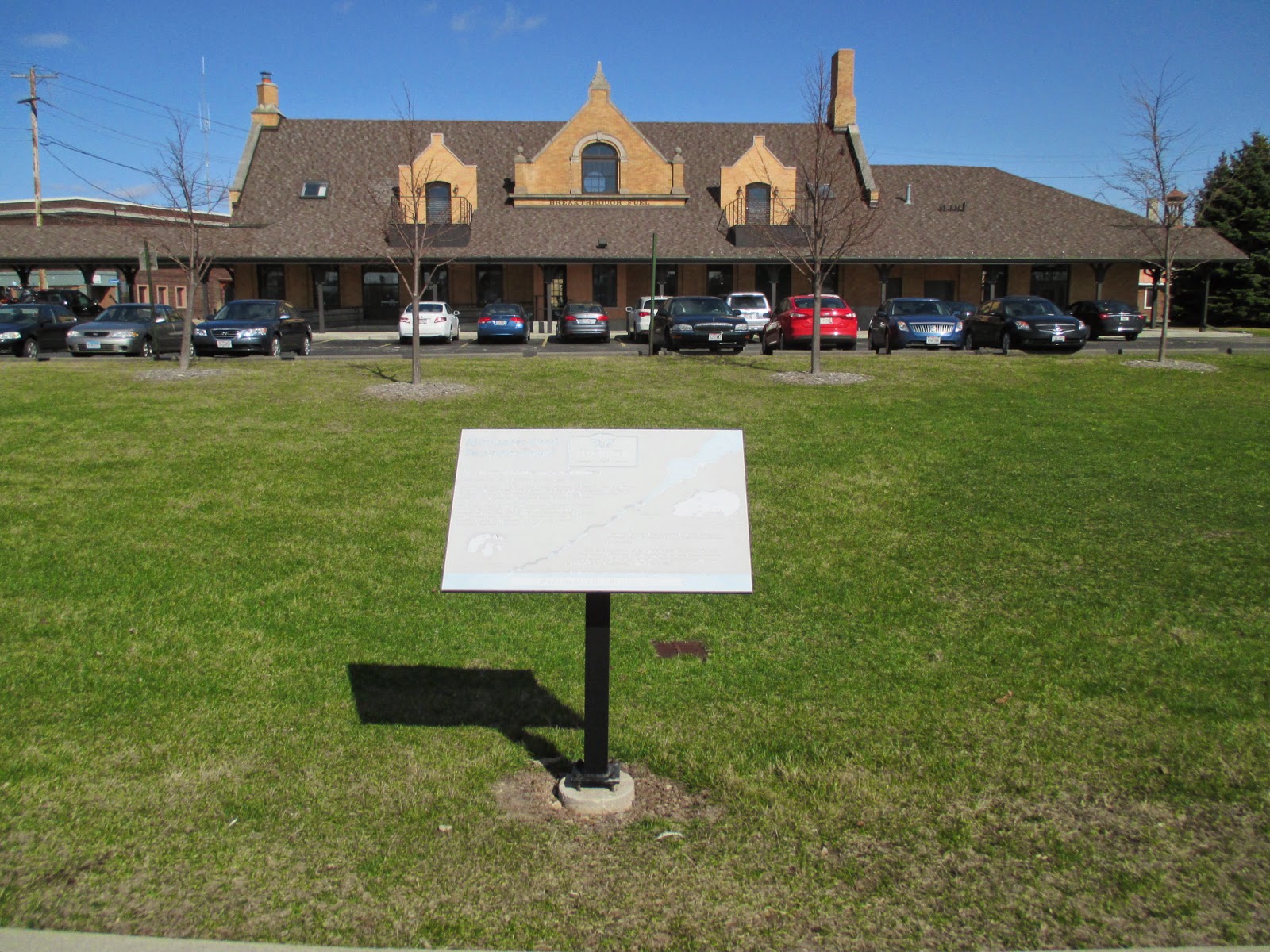 With the depot in the background. 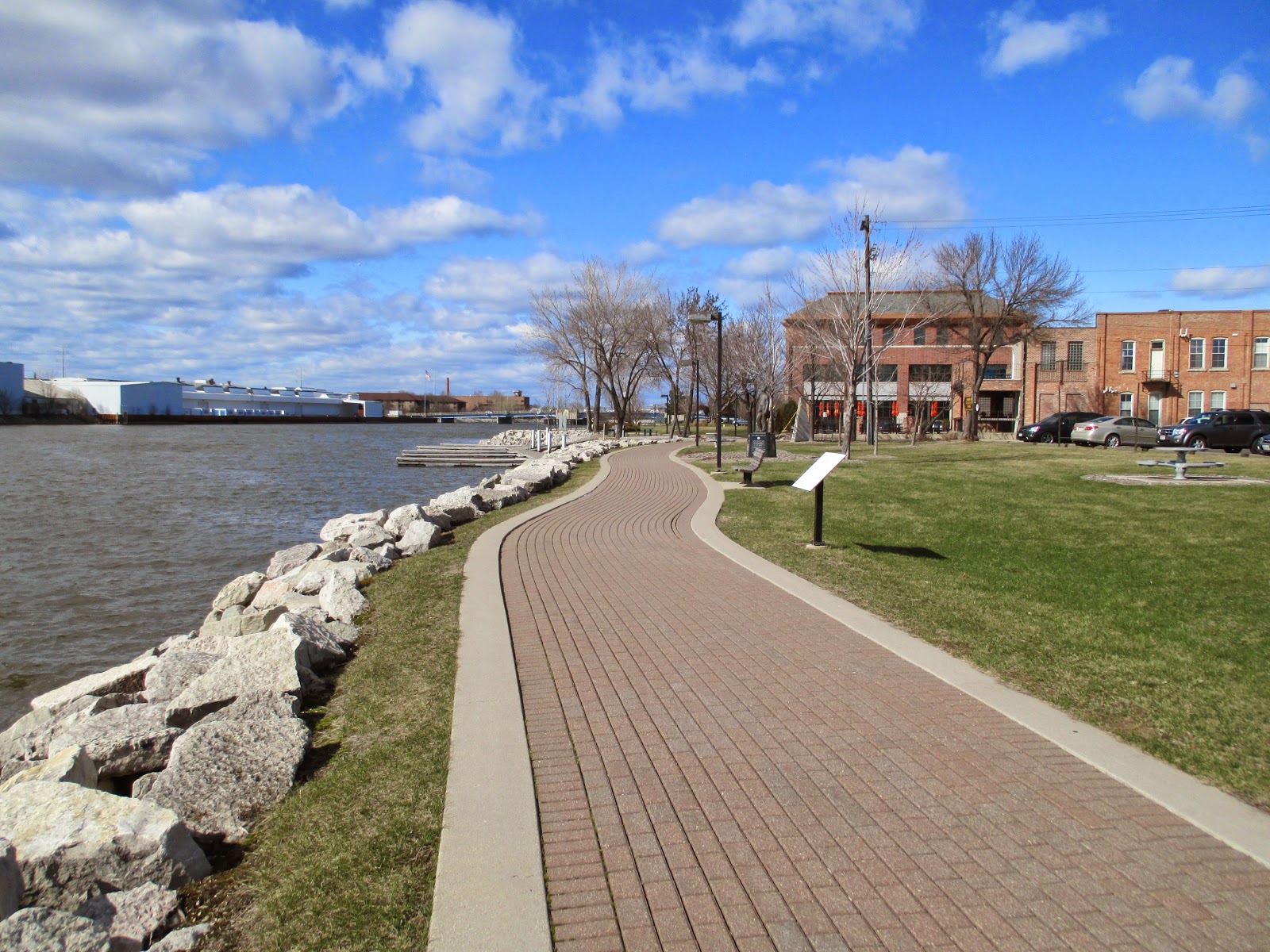 Looking north up the Fox River (marker is at center right). 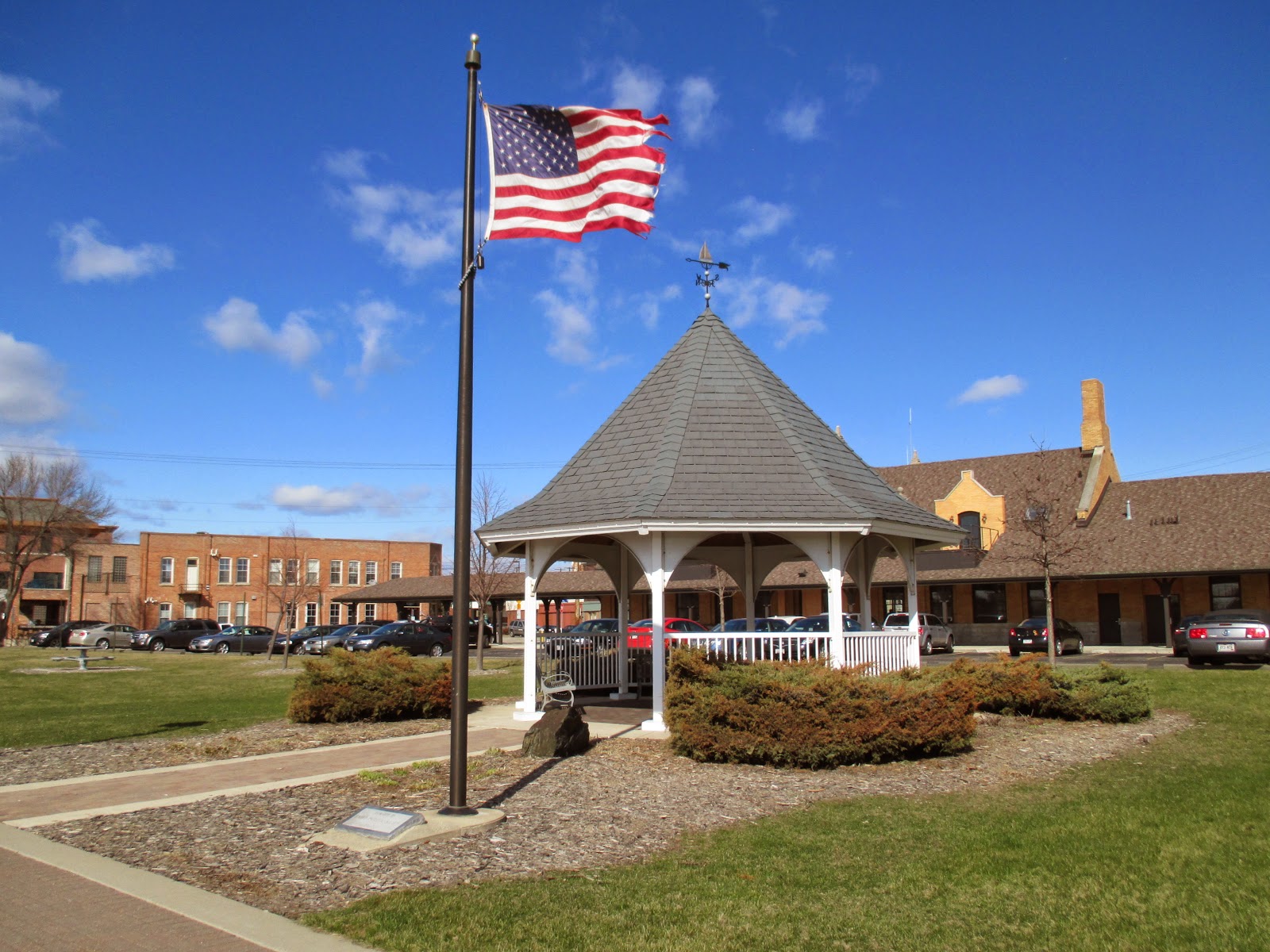 The marker is just to the left of this flag and gazebo. 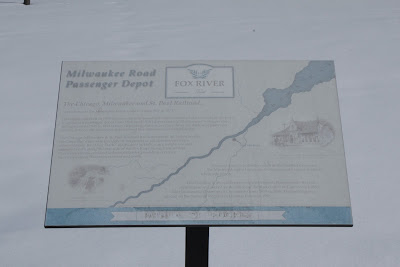 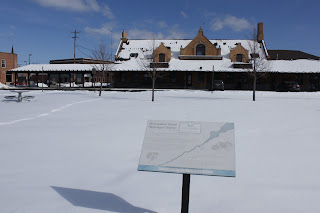 With the depot in the background . . . 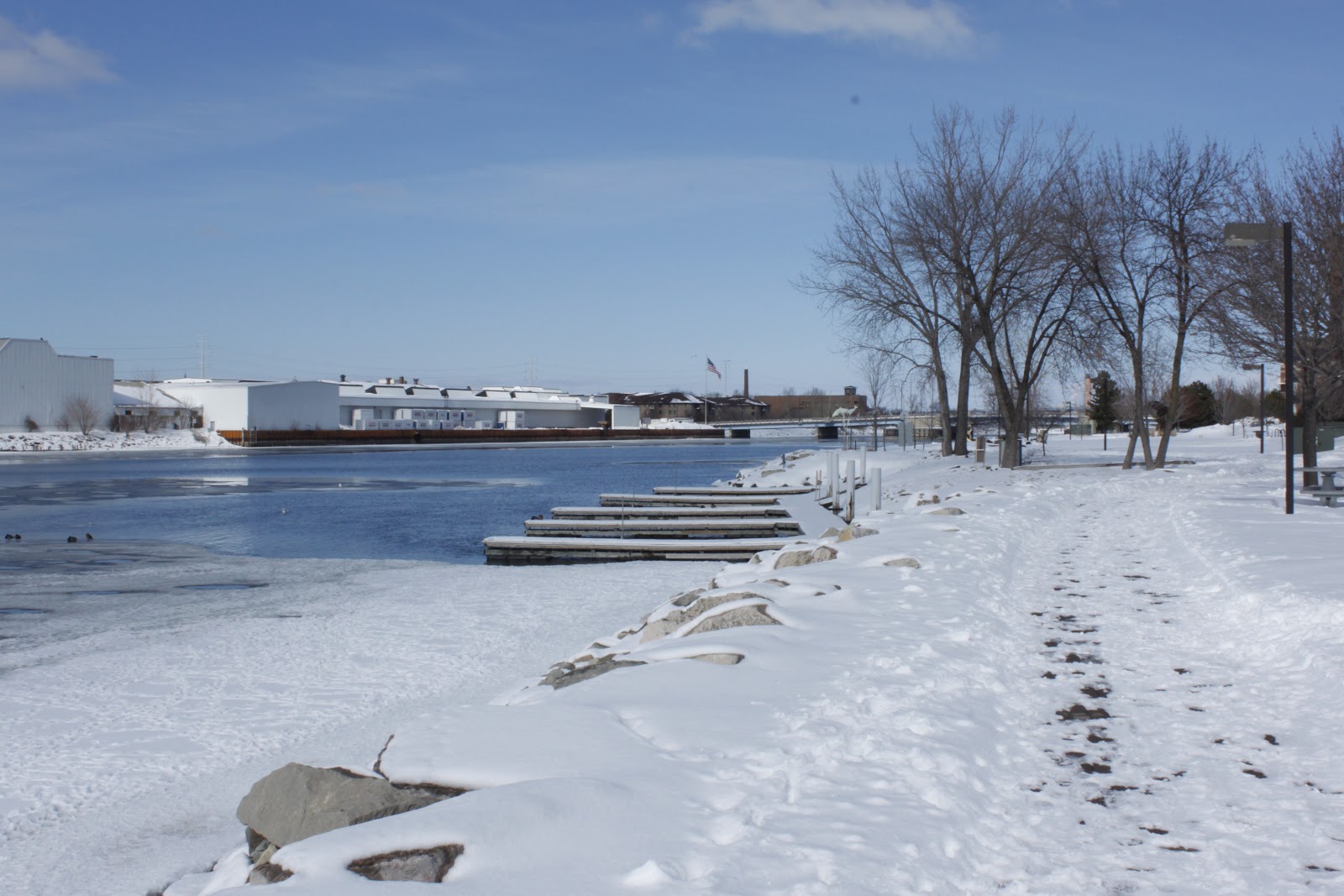 A view of the Fox River from the marker location.