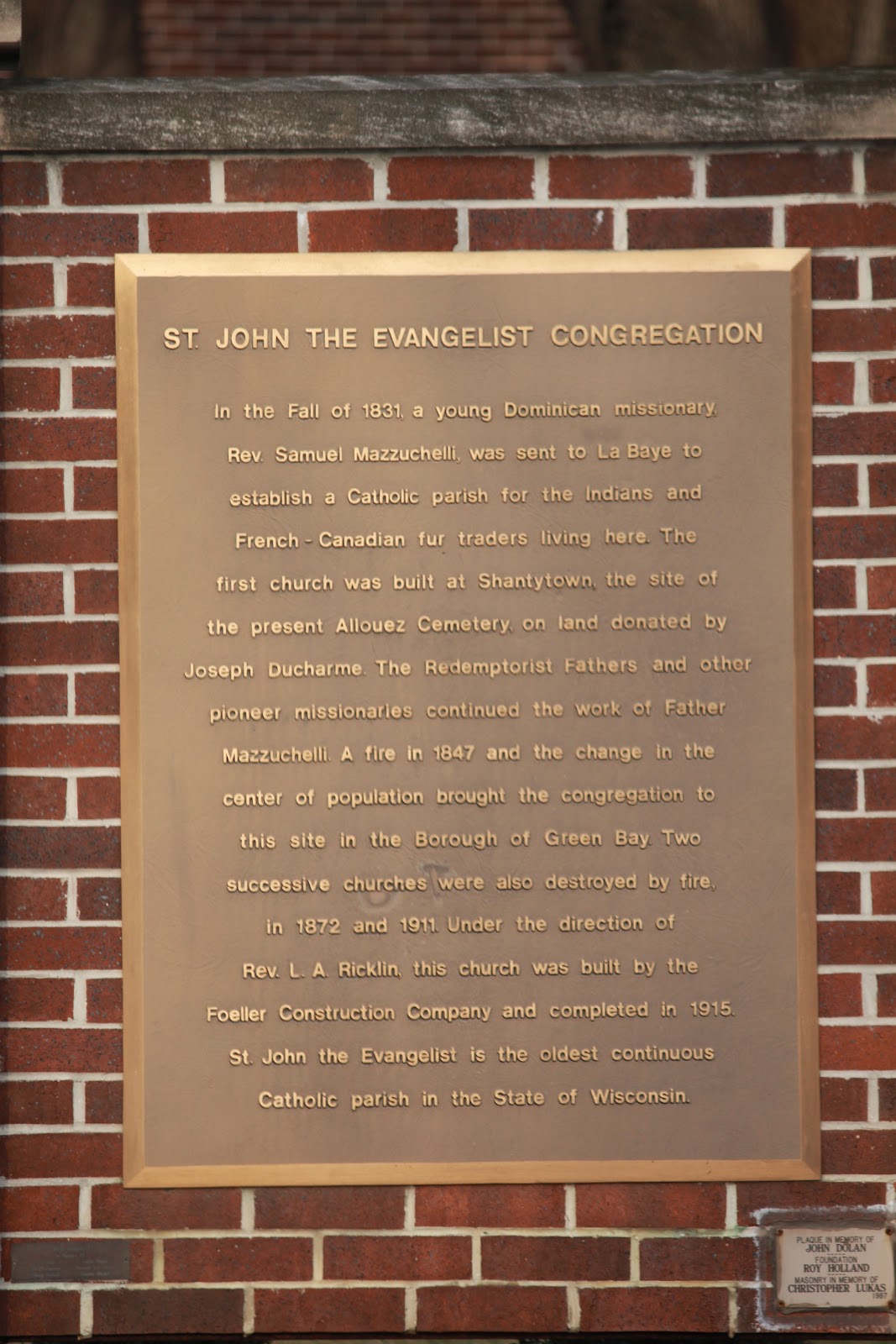 In the Fall of 1831, a young Dominican missionary, Rev. Samuel Mazzuchelli, was sent to La Baye to establish a Catholic parish for the Indians and French-Canadian fur traders living here. The first church was built at Shantytown, the site of the present Allouez Cemetery, on land donated by Joseph Ducharme. The Redemptorist Fathers and other pioneer missionaries continued the work of Father Mazzzuchelli. A fire in 1847 and the change of the center of population brought the congregation to this site in the Borough of Green Bay. Two successive churches were also destroyed by fire. In 1872 and 1911, under the direction of Rev. L. A. Ricking, this church was built by the Foeller Construction Company and completed in 1915. St. John the Evangelist is the oldest continuous Catholic parish in the State of Wisconsin.

The church and marker are located at 413 Saint John Street, at its intersection with South Jefferson, Street, Green Bay, Wisconsin 54301. 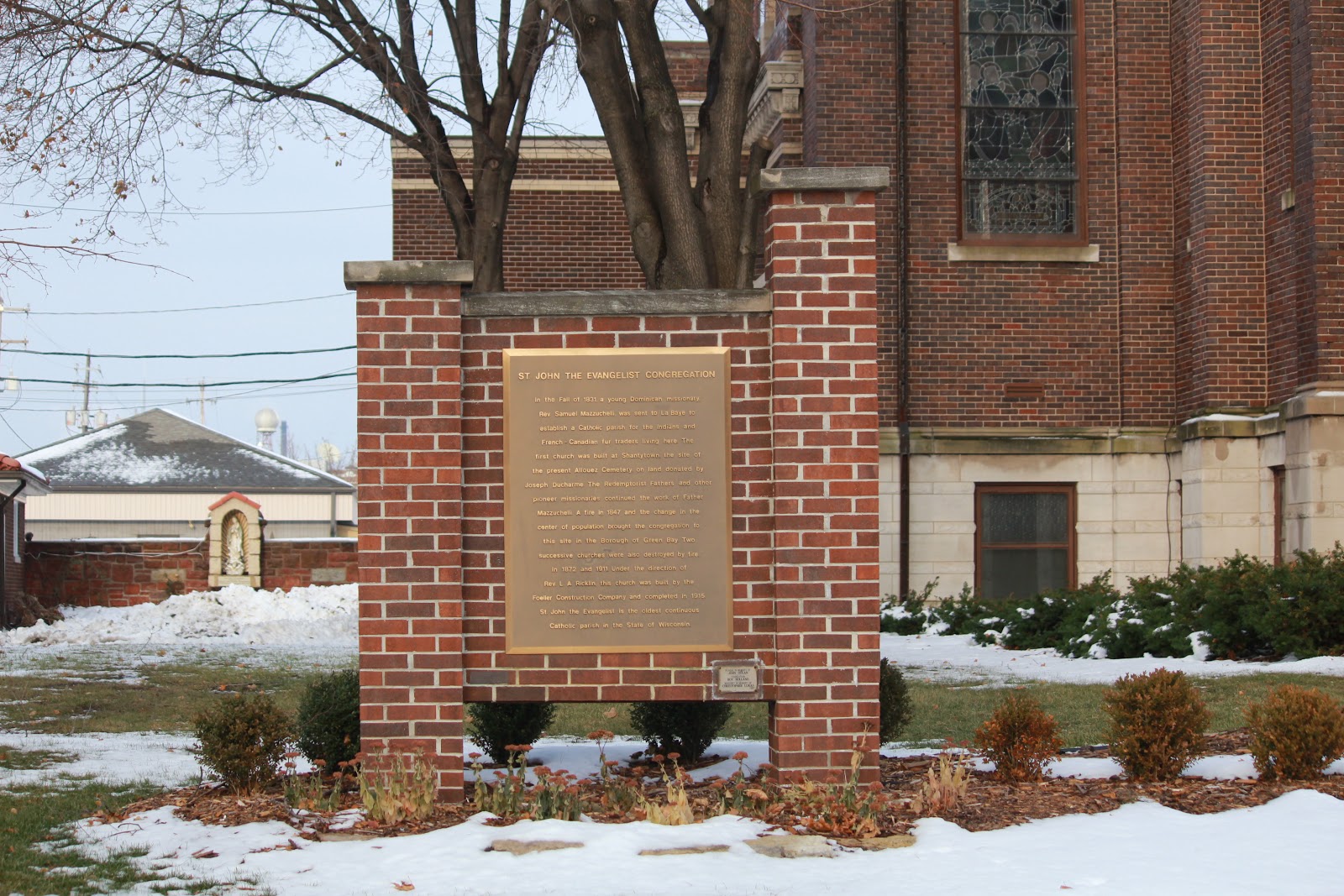 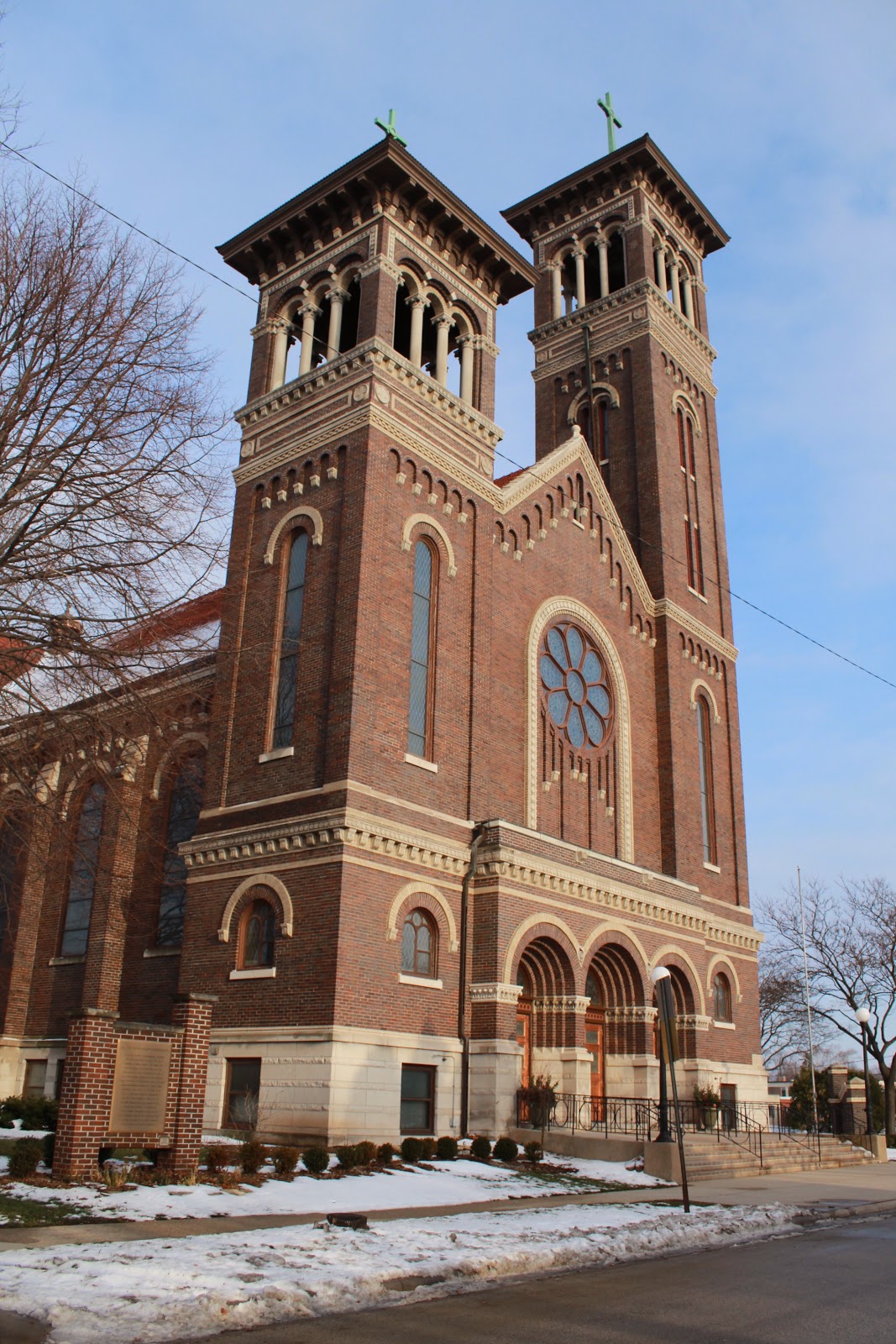 The marker is visible in the left corner of this photo. 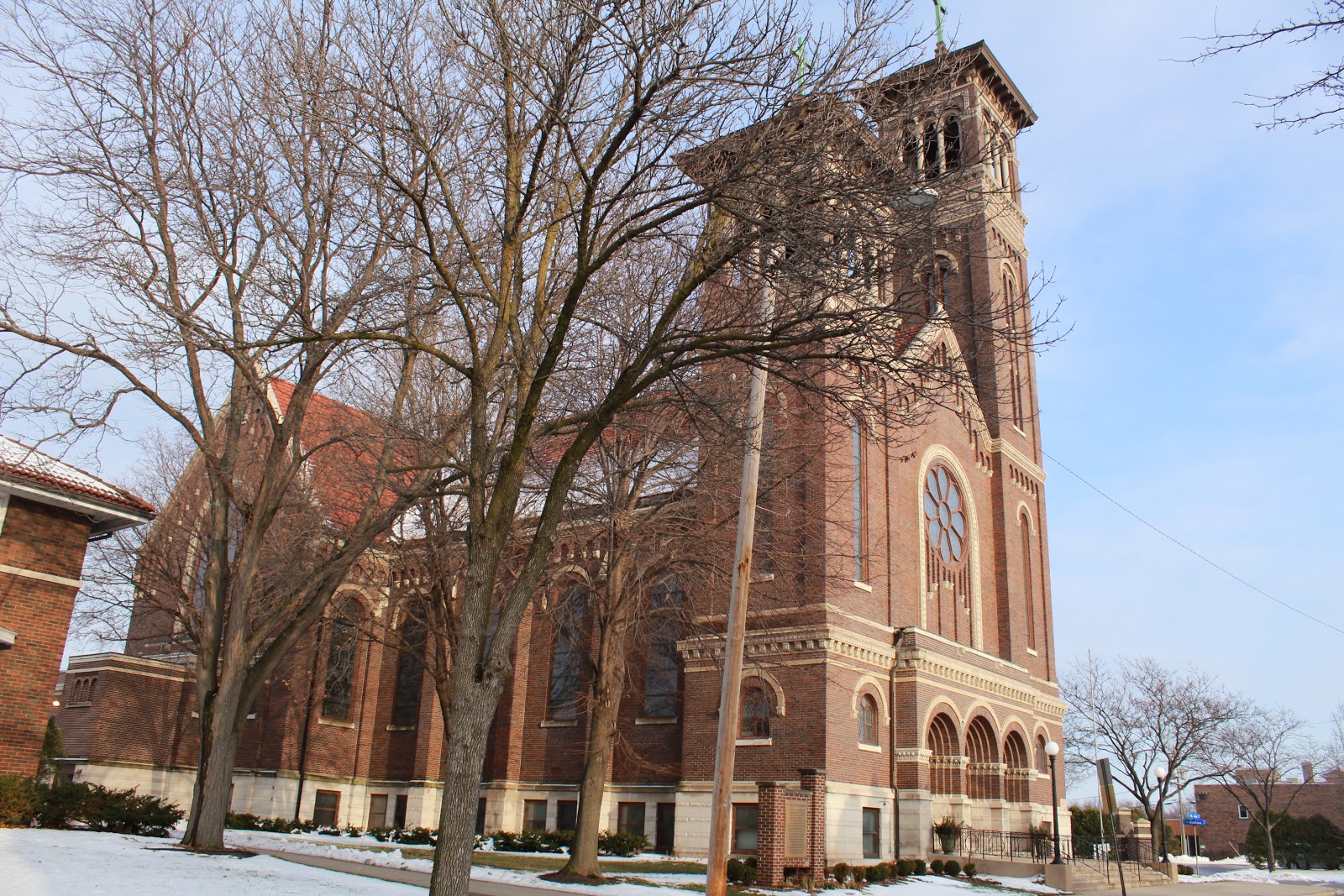 Evolution of St. John's over the years:
Screenshots of vintage postcards provided by CardCow.com. Screenshot of vintage postcard provided by CardCow.com.
Postmarked July 24, 1909
St. John's Cathedral, Green Bay, Wis.
The post card shows the third St. John's Church (center), built in 1872, plus the
school (to the right) built in 1890 and torn down in 1931. Also shown is
the rectory (to the left), built in 1880 and sold in 1921. The building
on the far right is St. Joseph's Academy.
Historical information generously provided by
Tom Schampers, St. John's Archivist 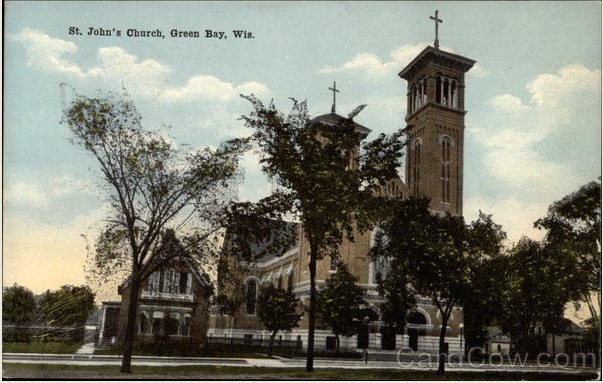 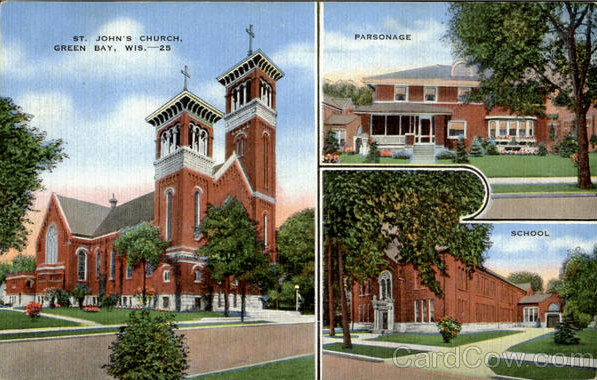 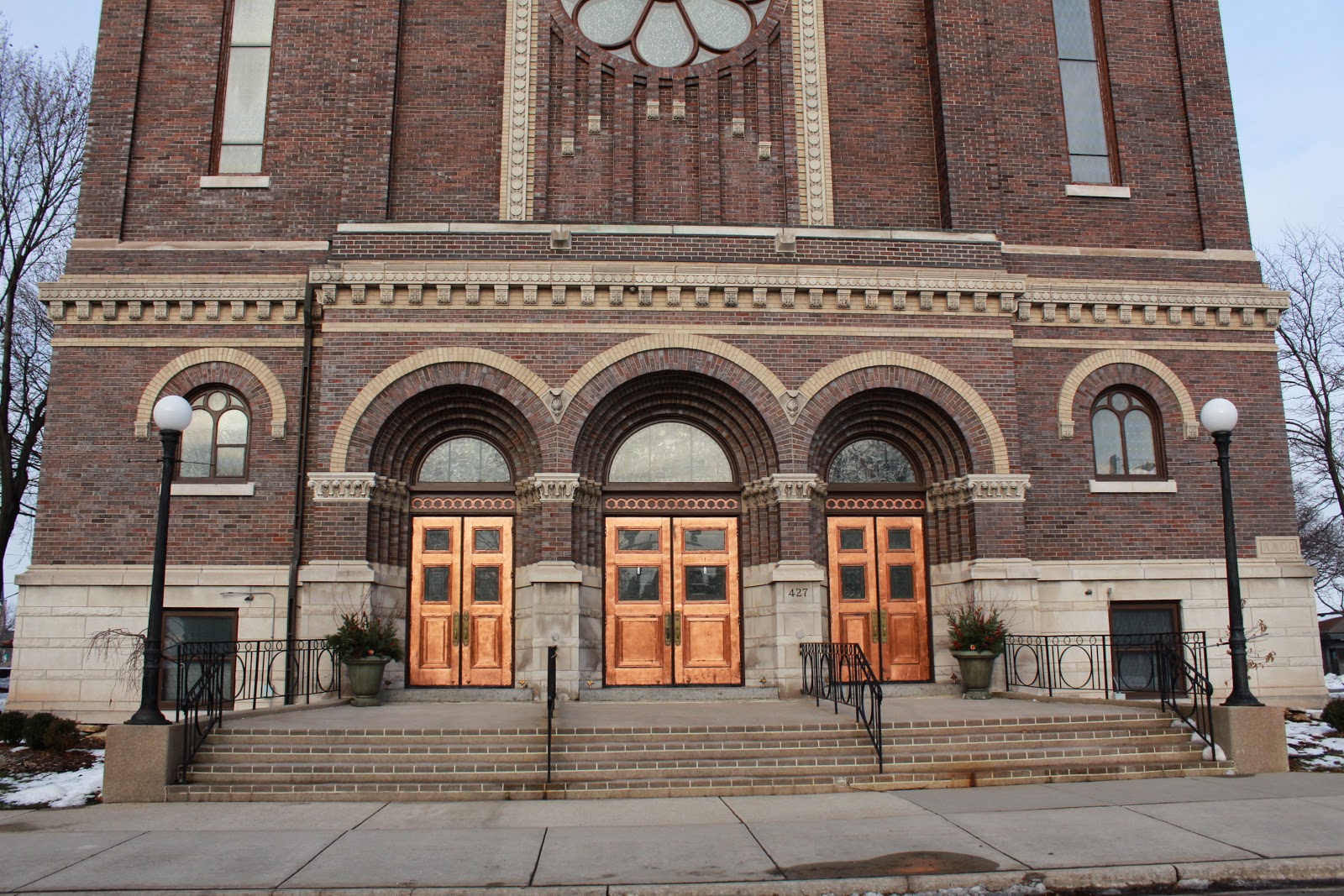 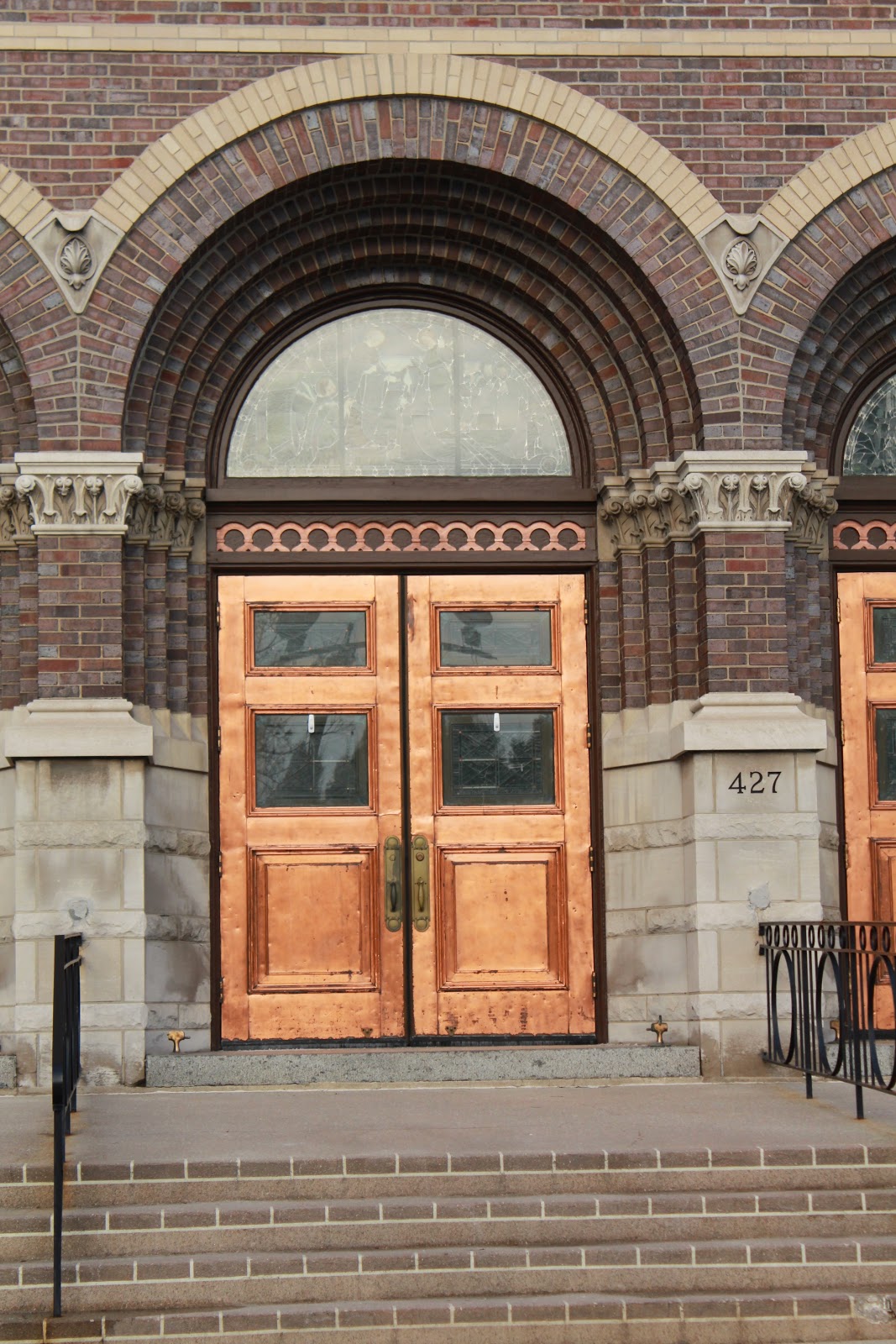 The sunlight lit up the doors! 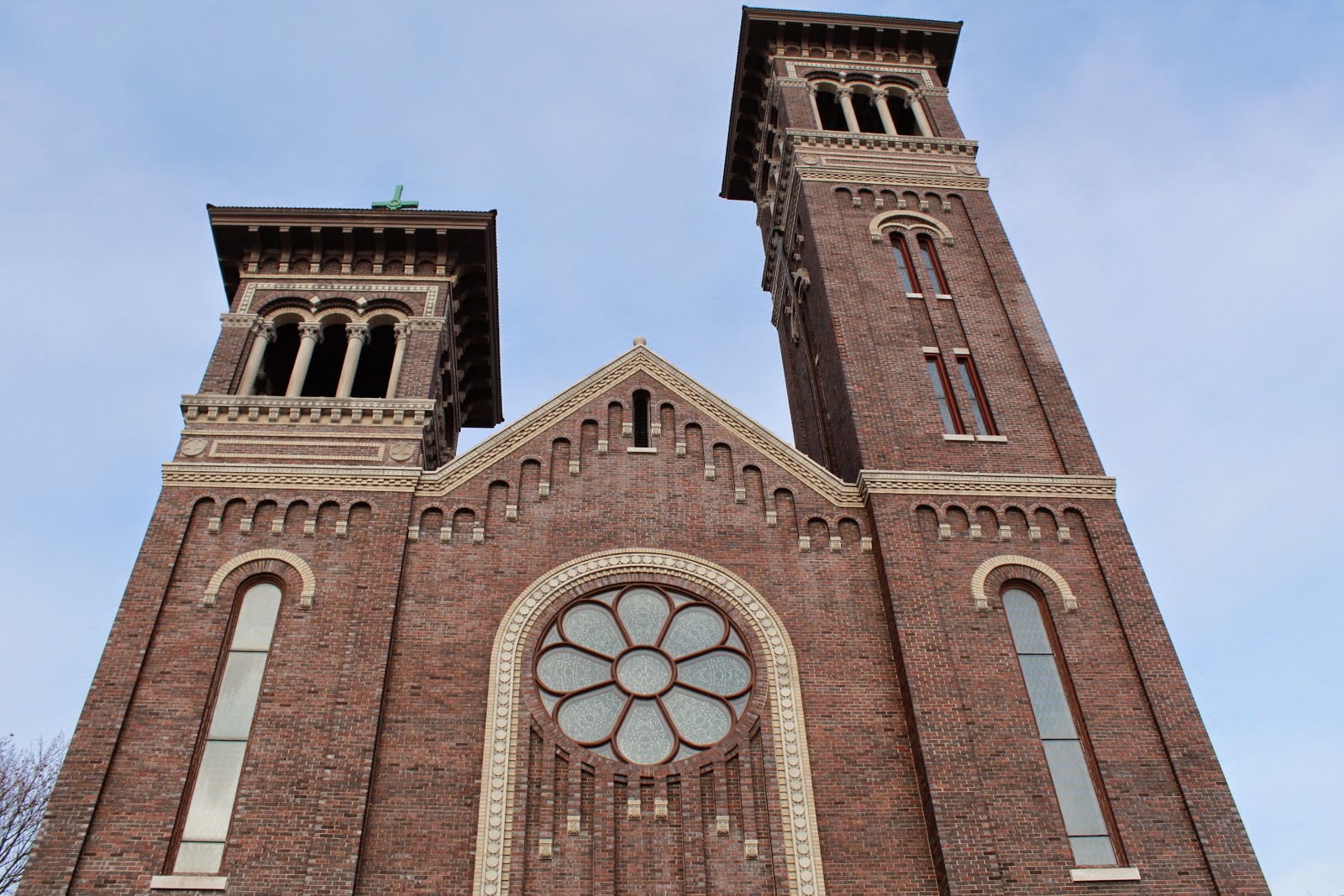 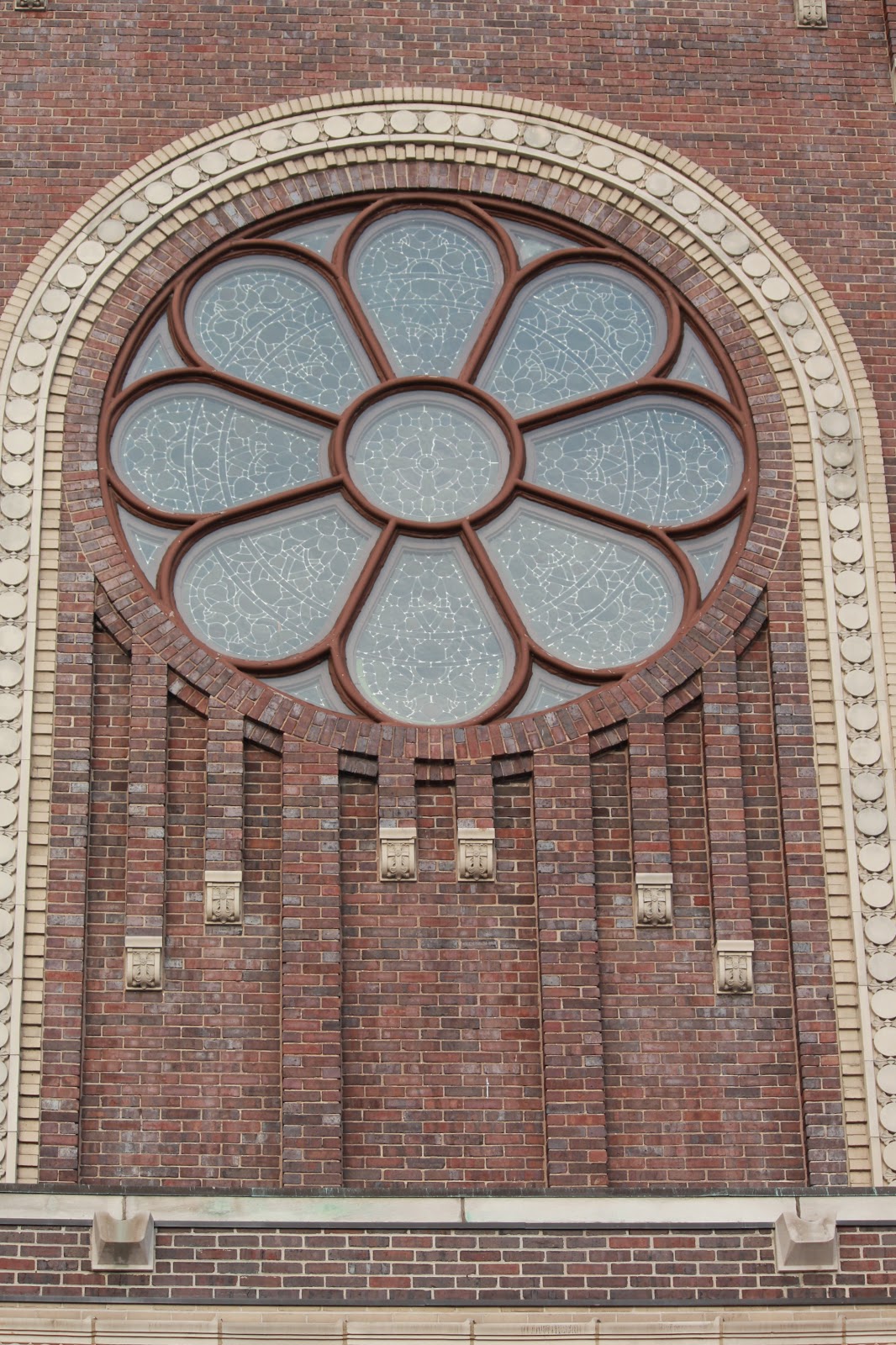 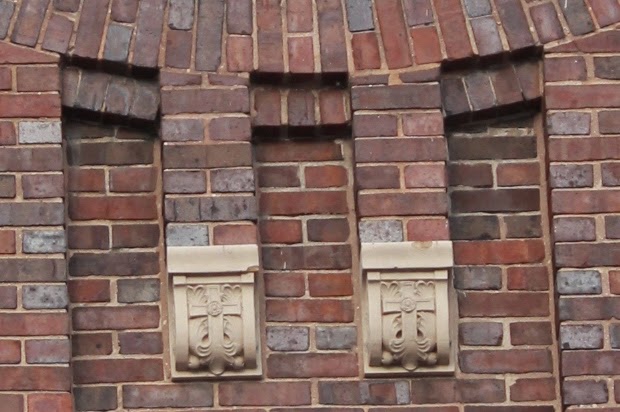 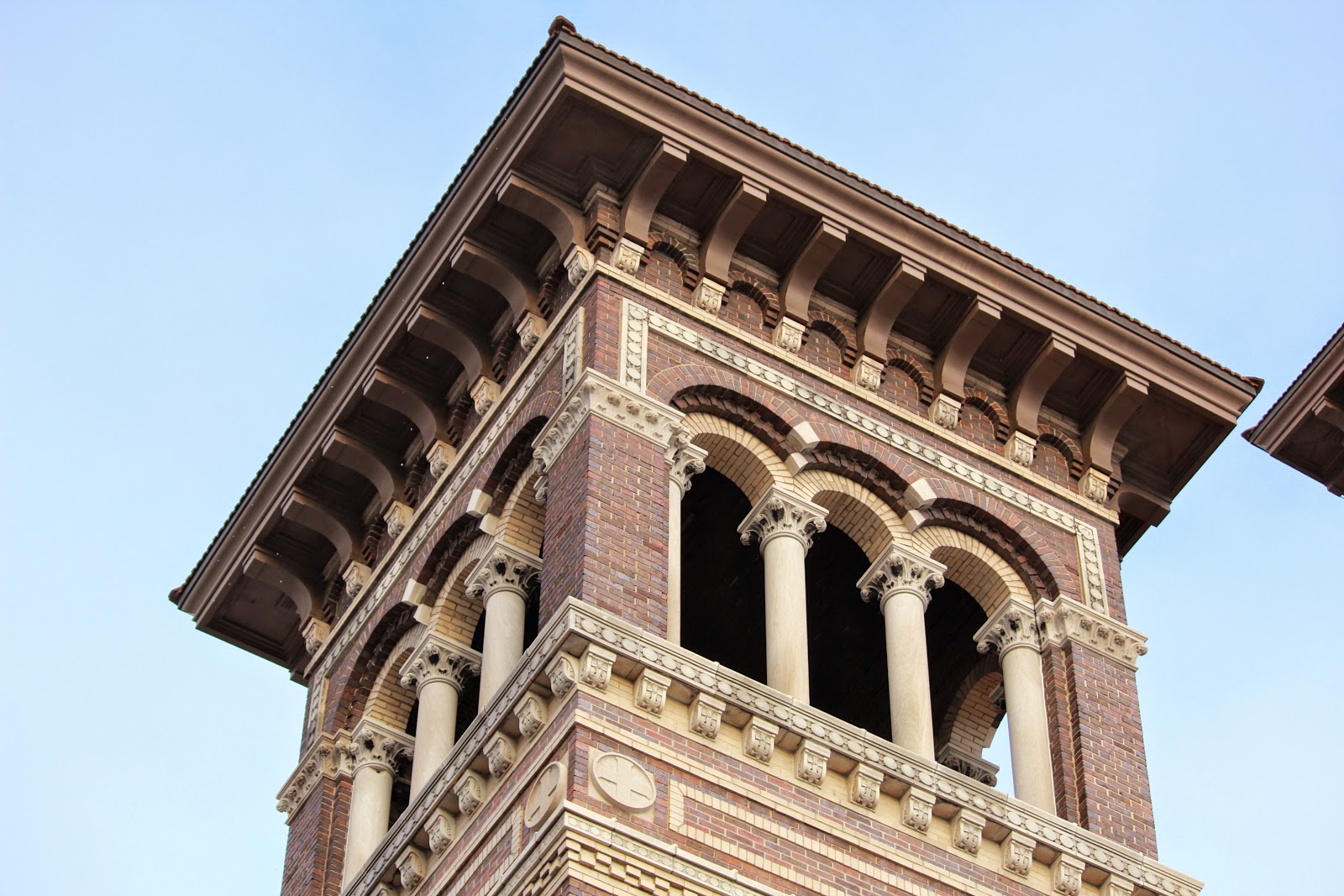 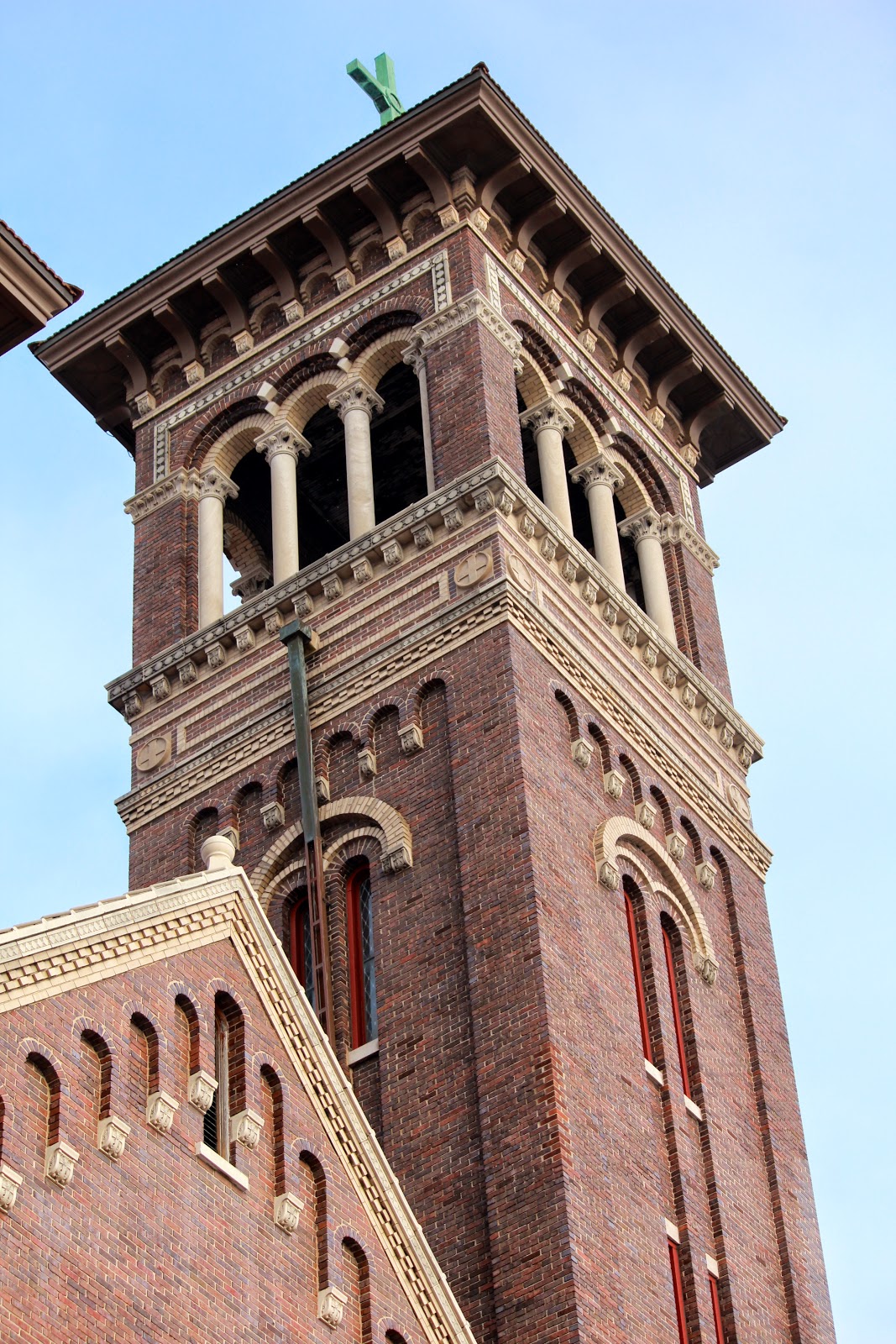 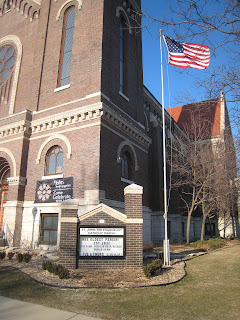 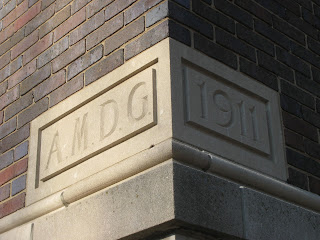