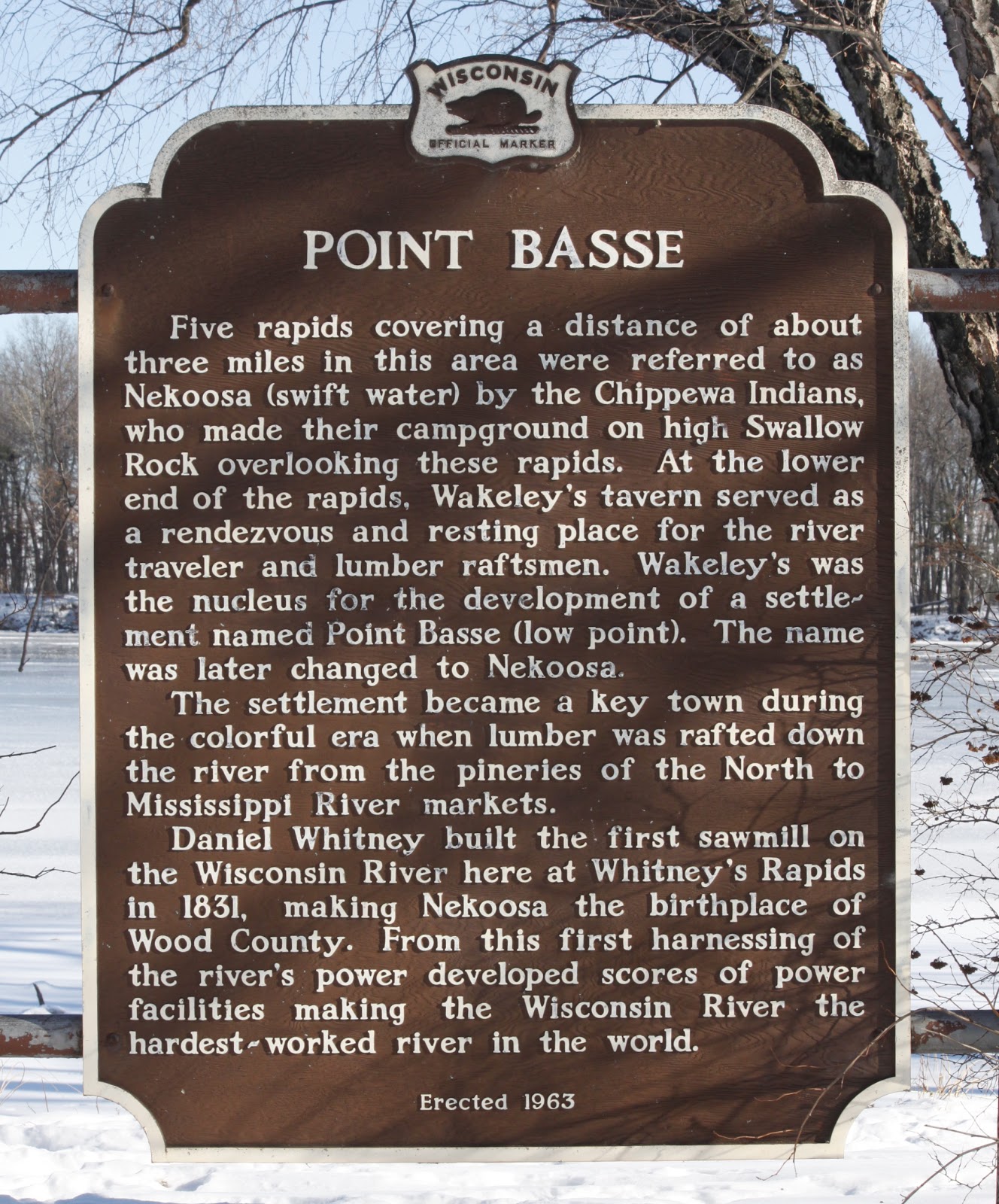 Five rapids covering a distance of about three miles in this area were referred to as Nekoosa (swift water) by the Chippewa Indians, who made their campground on high Swallow Rock overlooking these rapids. At the lower end of the rapids, Wakeley’s tavern served as a rendezvous and resting place for the river traveler and lumber raftsmen. Wakeley’s was the nucleus for the development of a settlement named Point Basse (low point). The name was later changed to Nekoosa.

The settlement became a key town during the colorful era when lumber was rafted down the river from the pineries of the North to Mississippi River markets.

Daniel Whitney built the first sawmill on the Wisconsin River here at Whitney’s Rapids in 1831, making Nekoosa the birthplace of Wood County. From this first harnessing of the river’s power developed scores of power facilities making the Wisconsin River the hardest-worked river in the world.

The marker is located alongside the western bank of the Wisconsin River inside Riverside Park. The entrance to the park is located on northbound State Highway 73 / Prospect Avenue, between 8th Street and 9th Street, Nekoosa, Wisconsin 54457. 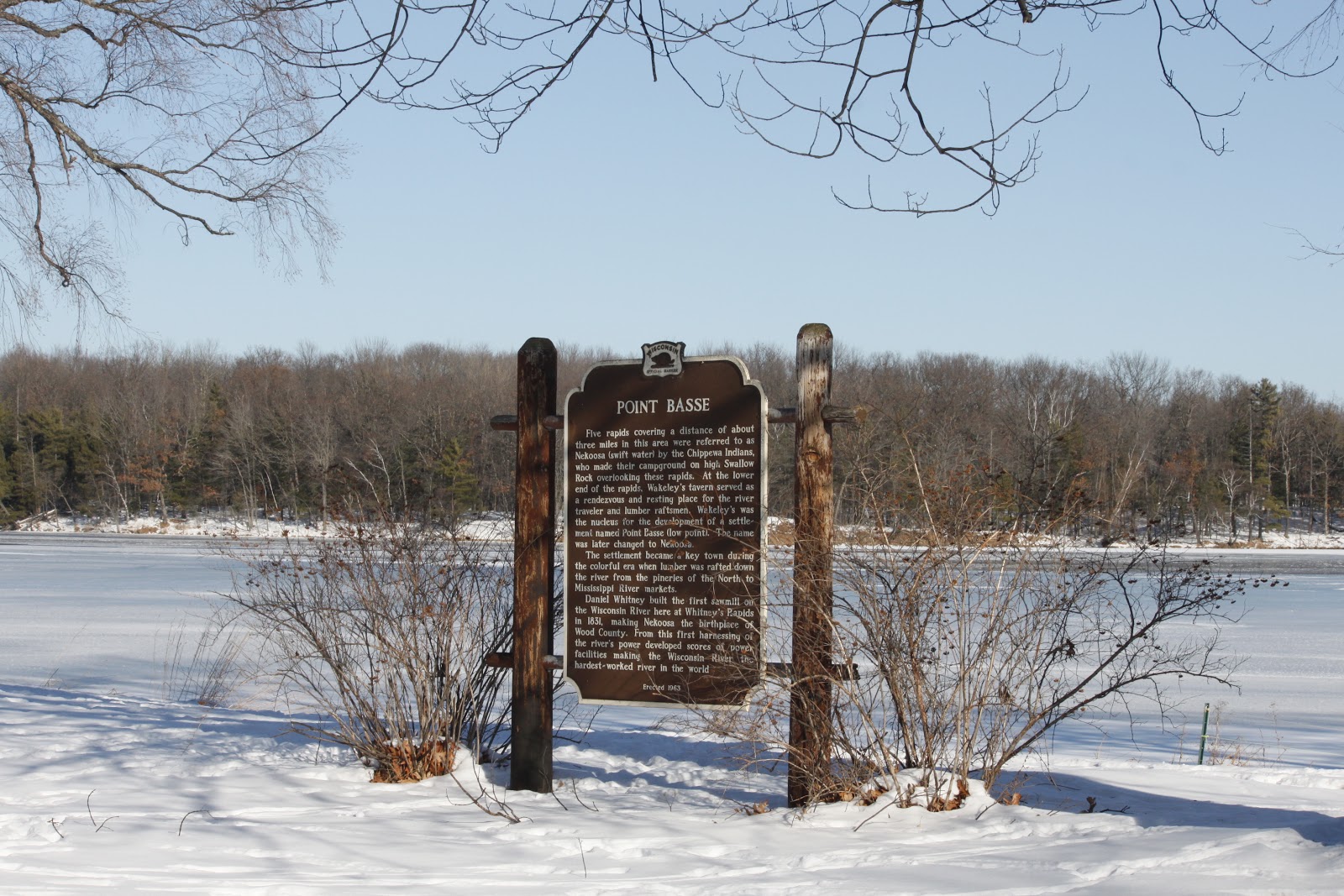 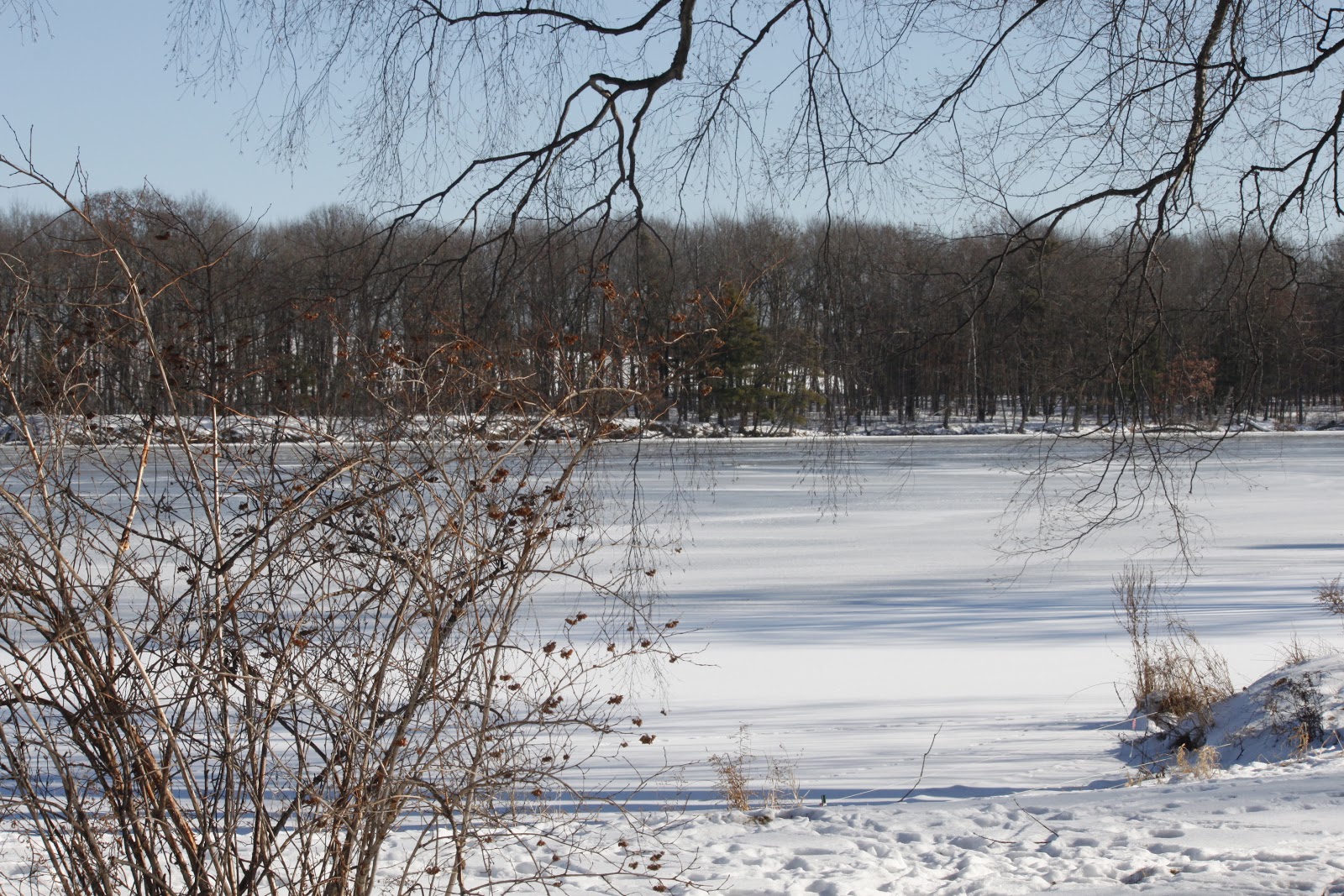 Facing east from the west bank of the Wisconsin River. 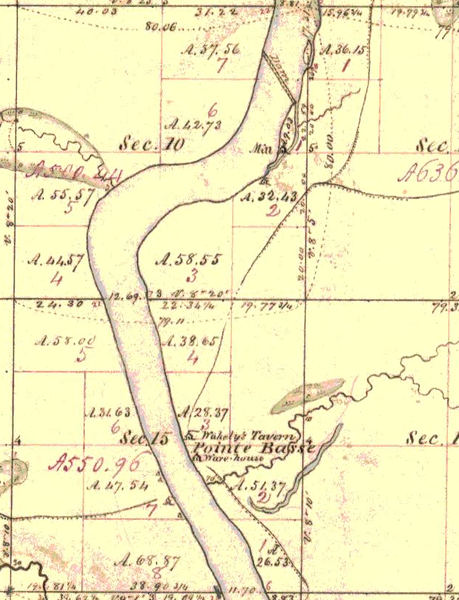 This work is in the public domain in the United States because it is a work prepared by an officer or employee of the United States Government as part of that person’s official duties under the terms of Title 17, Chapter 1, Section 105 of the US Code.
See Copyright. 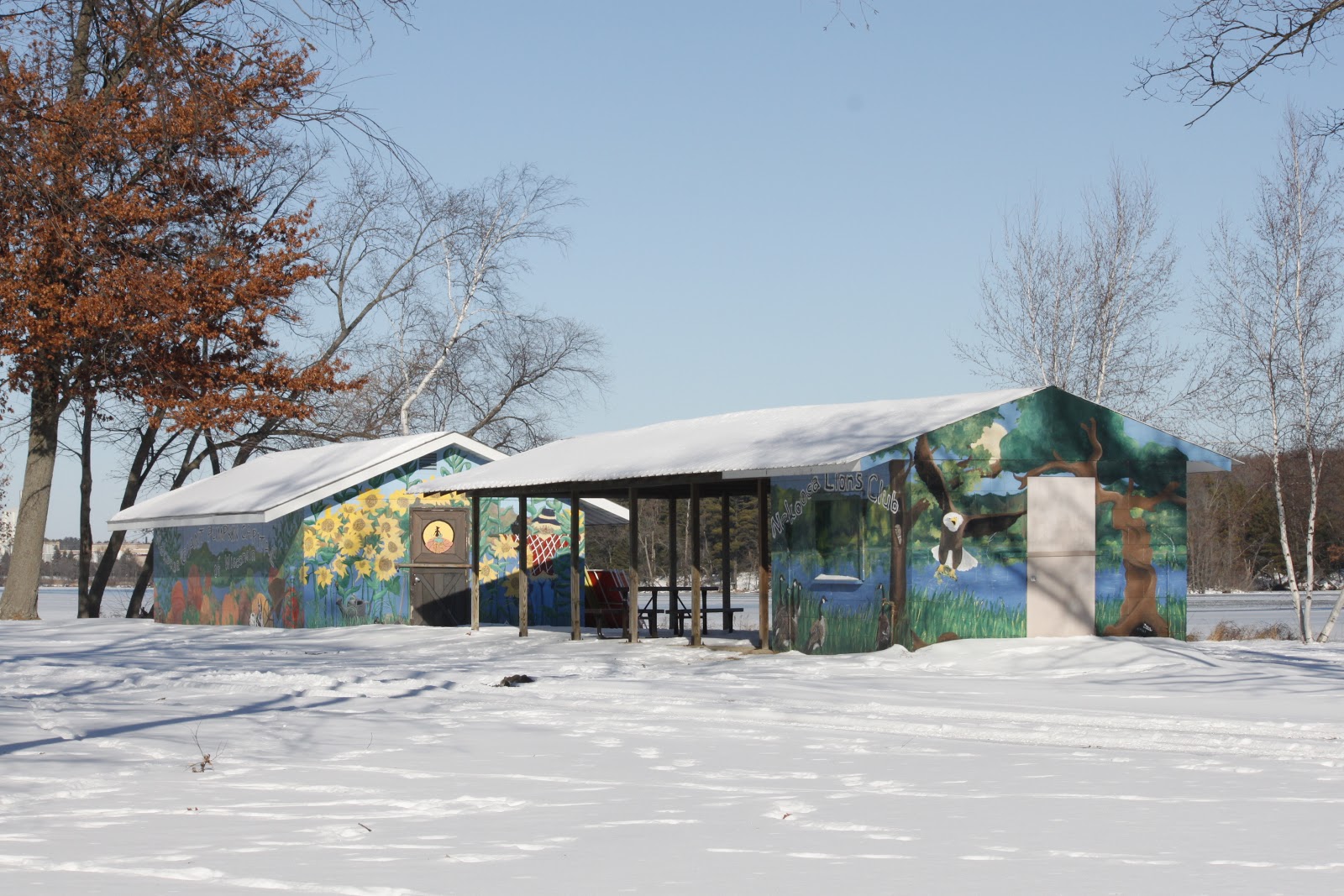 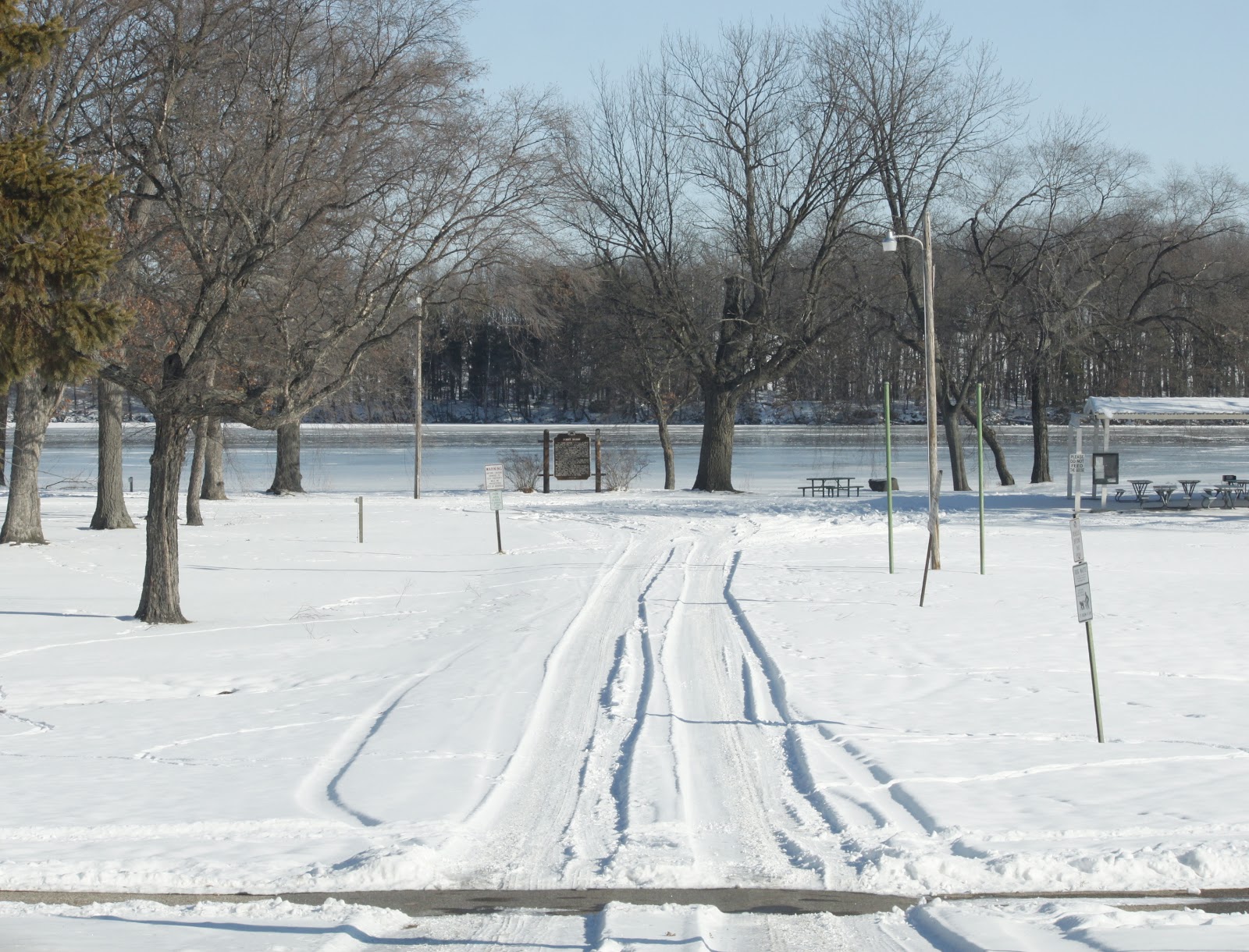 A lot of snow, but nicely groomed and easy to traverse.
The marker is visible at the end of the tire marks,
alongside the Wisconsin River. 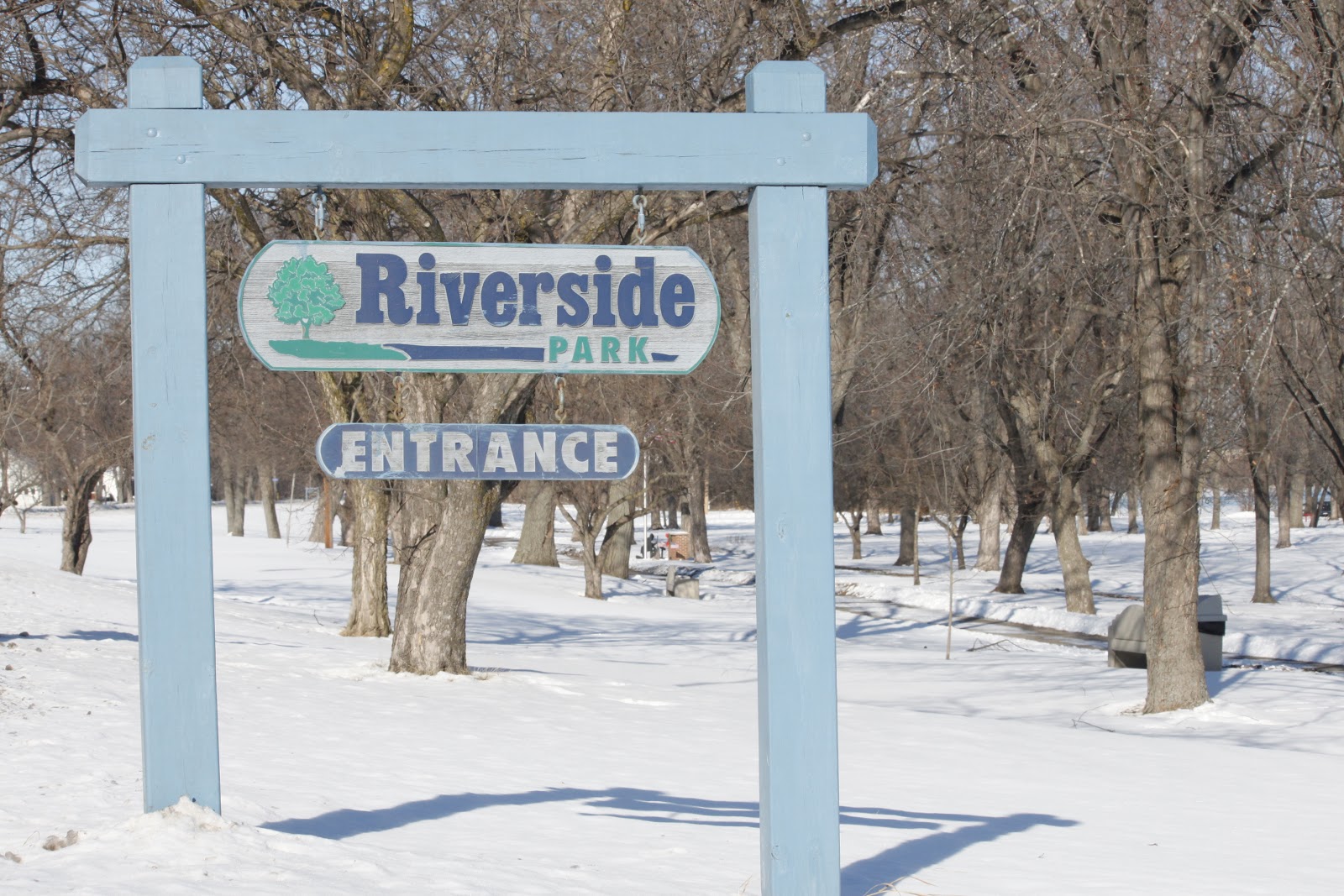 The marker is located inside Riverside Park. 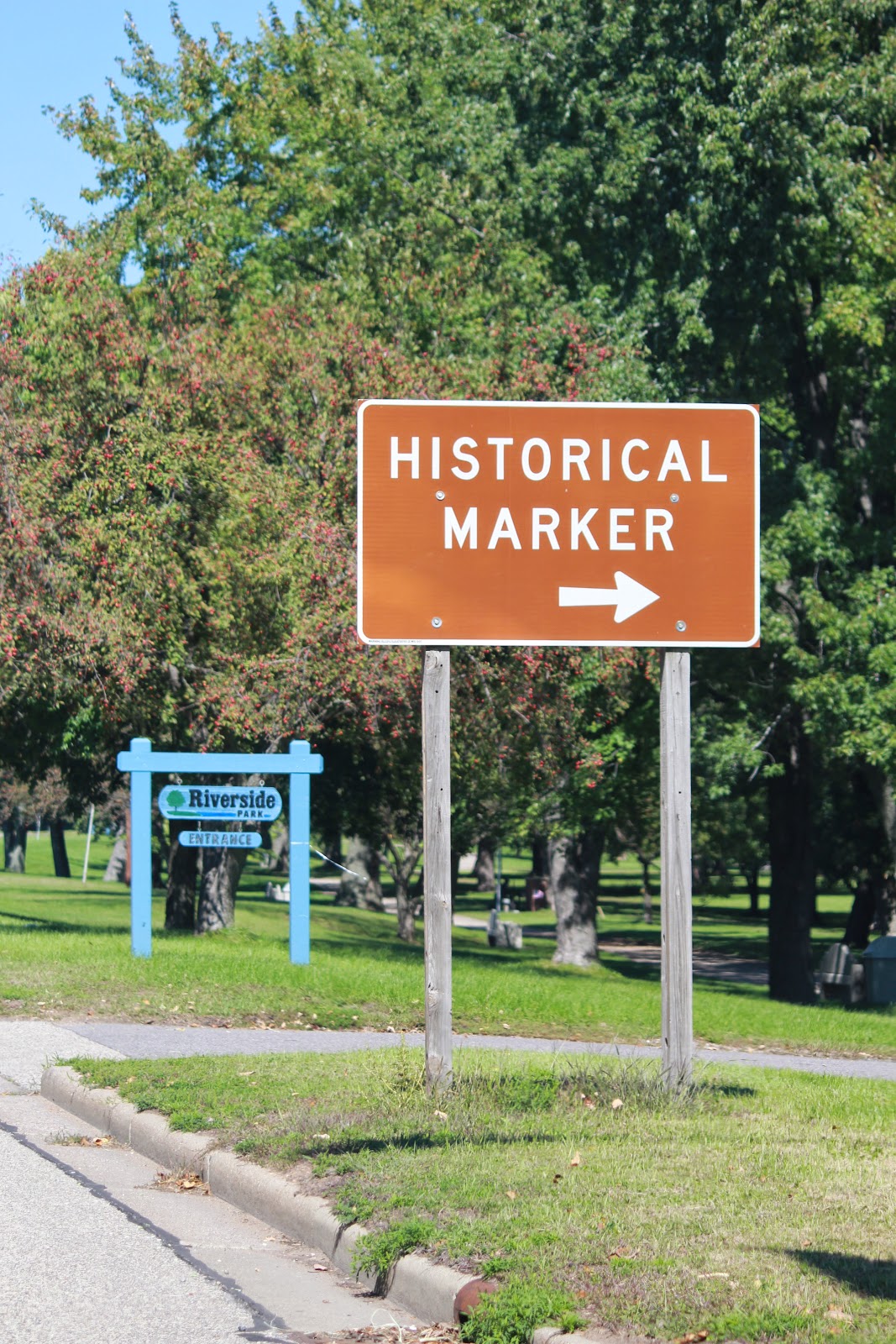 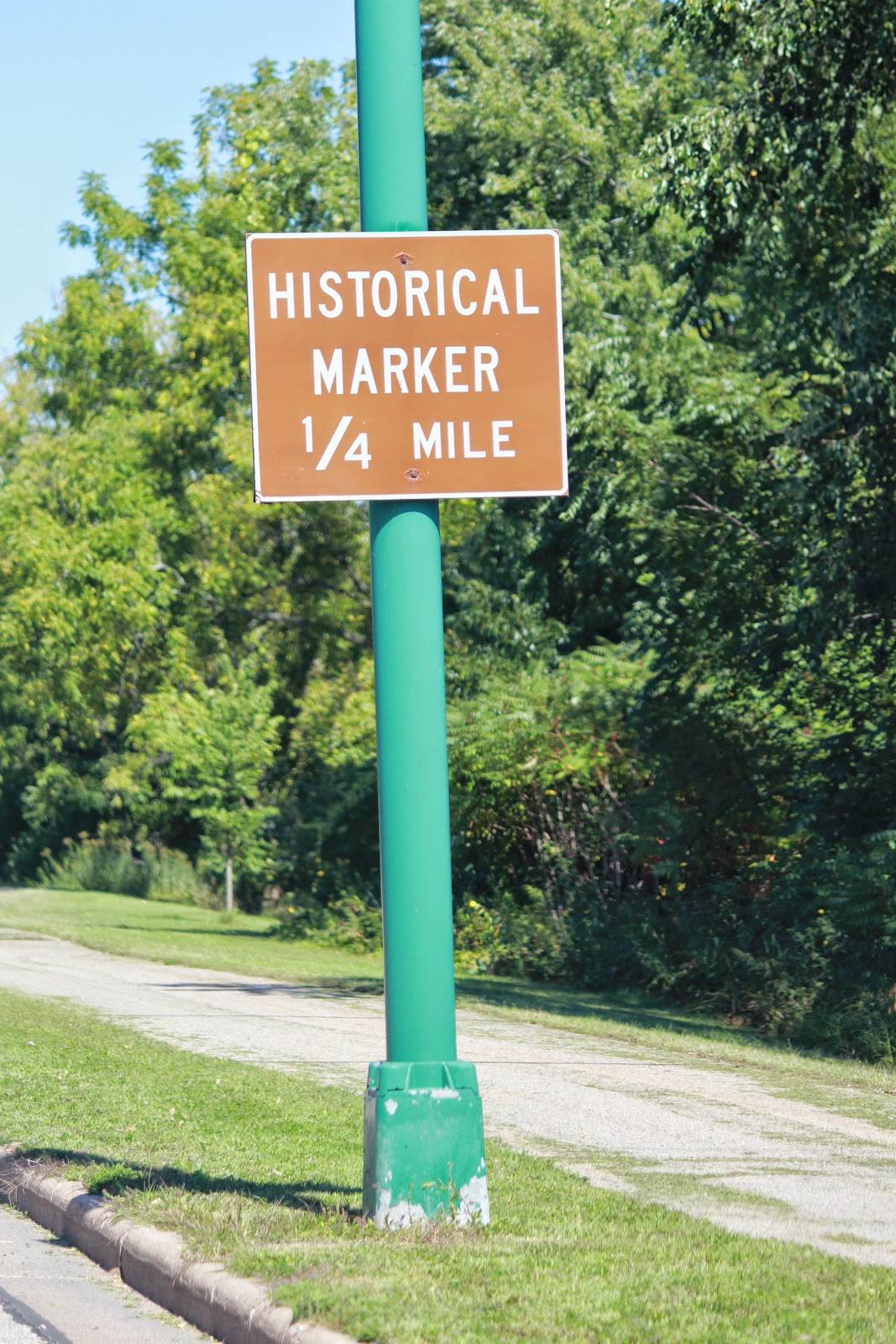