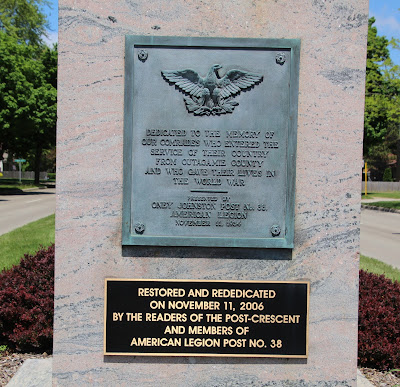 Restored and rededicated
on November 11, 2006
by the readers of the Post-Crescent
and members of
American Legion Post No. 38

NOTE: There is no parking near the memorial. I parked on Grove Street and then walked across to the median to take the photographs.

NOTE ALSO: South Memorial Drive is a very busy street! It took me over an hour to get these photos with no traffic in them.
Wikipedia: Spirit of the American Doughboy

100 Cities / 100 Memorials
A partnership between the Pritzker Military Museum & Library and the United States World War One Centennial Commission, with support from the American Legion and Veterans of Foreign Wars, 100 Cities / 100 Memorials is a fund-matching program to restore official WWI Centennial Memorials across America. The Appleton "Spirit of the American Doughboy" is one of the first 50 accepted into the program. 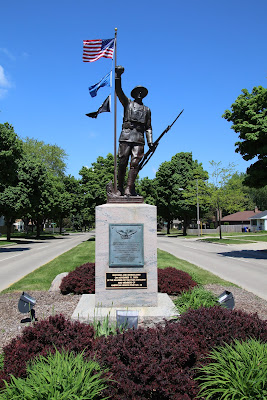 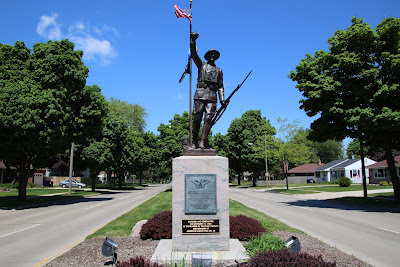 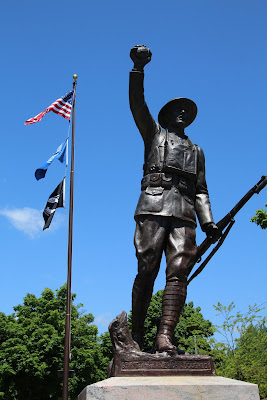 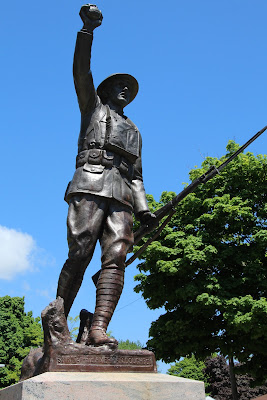 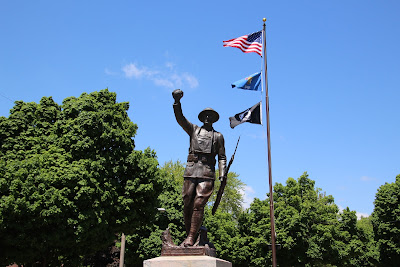 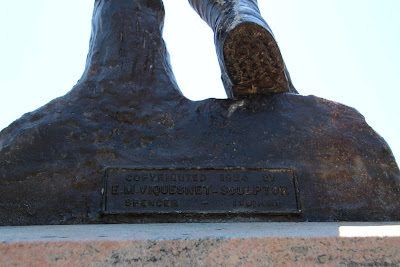 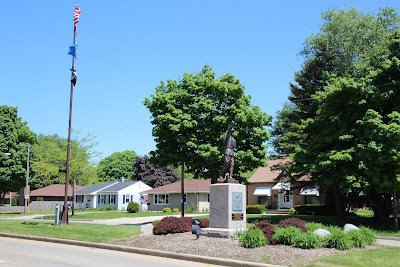 View of the memorial from Grove Street. 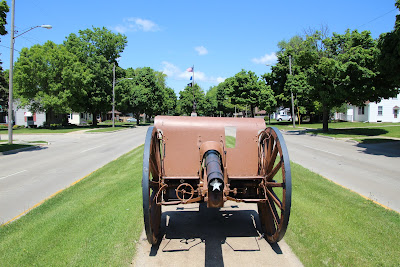 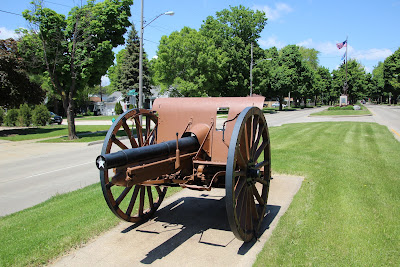 With the Doughboy visible in the distance to the right. 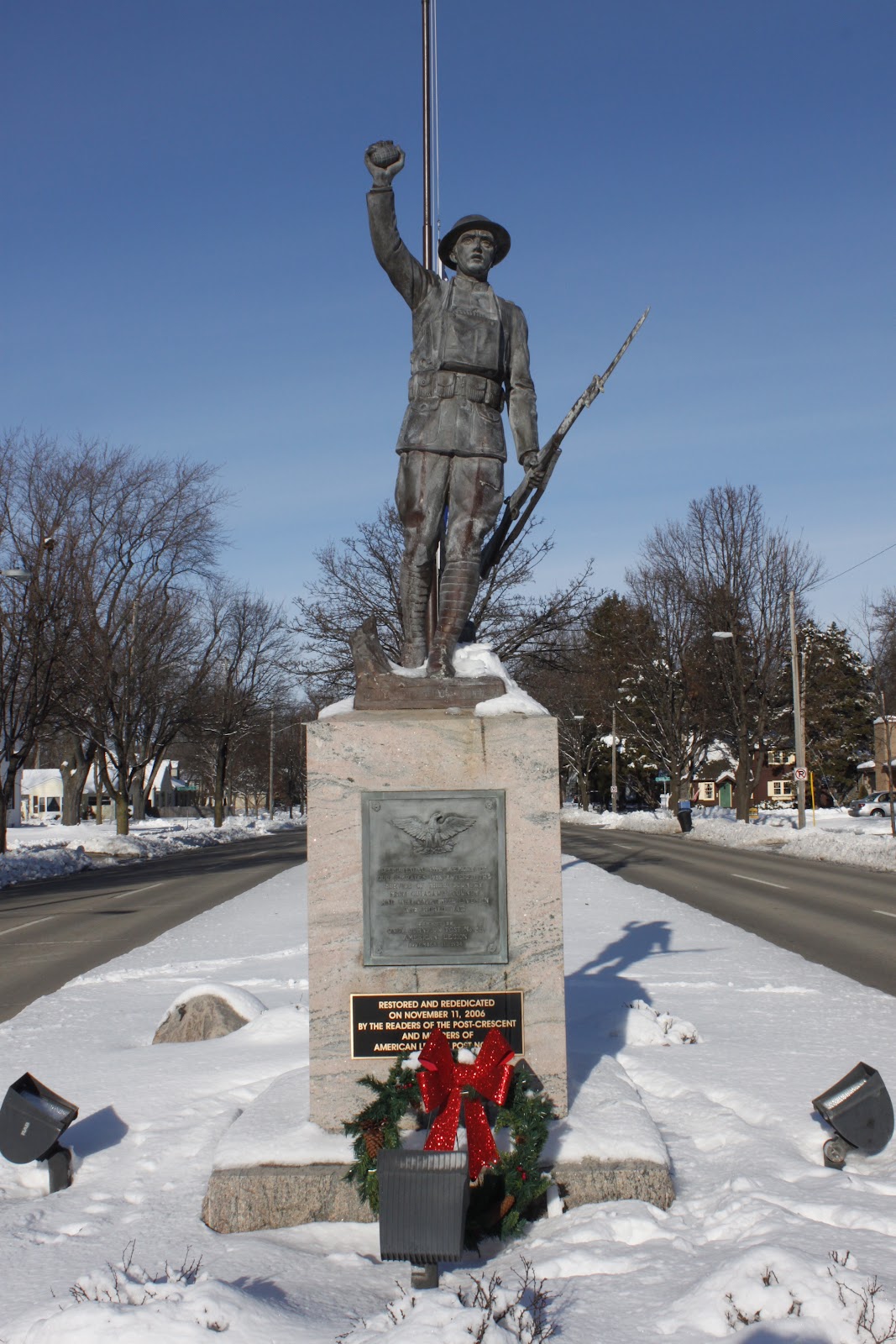 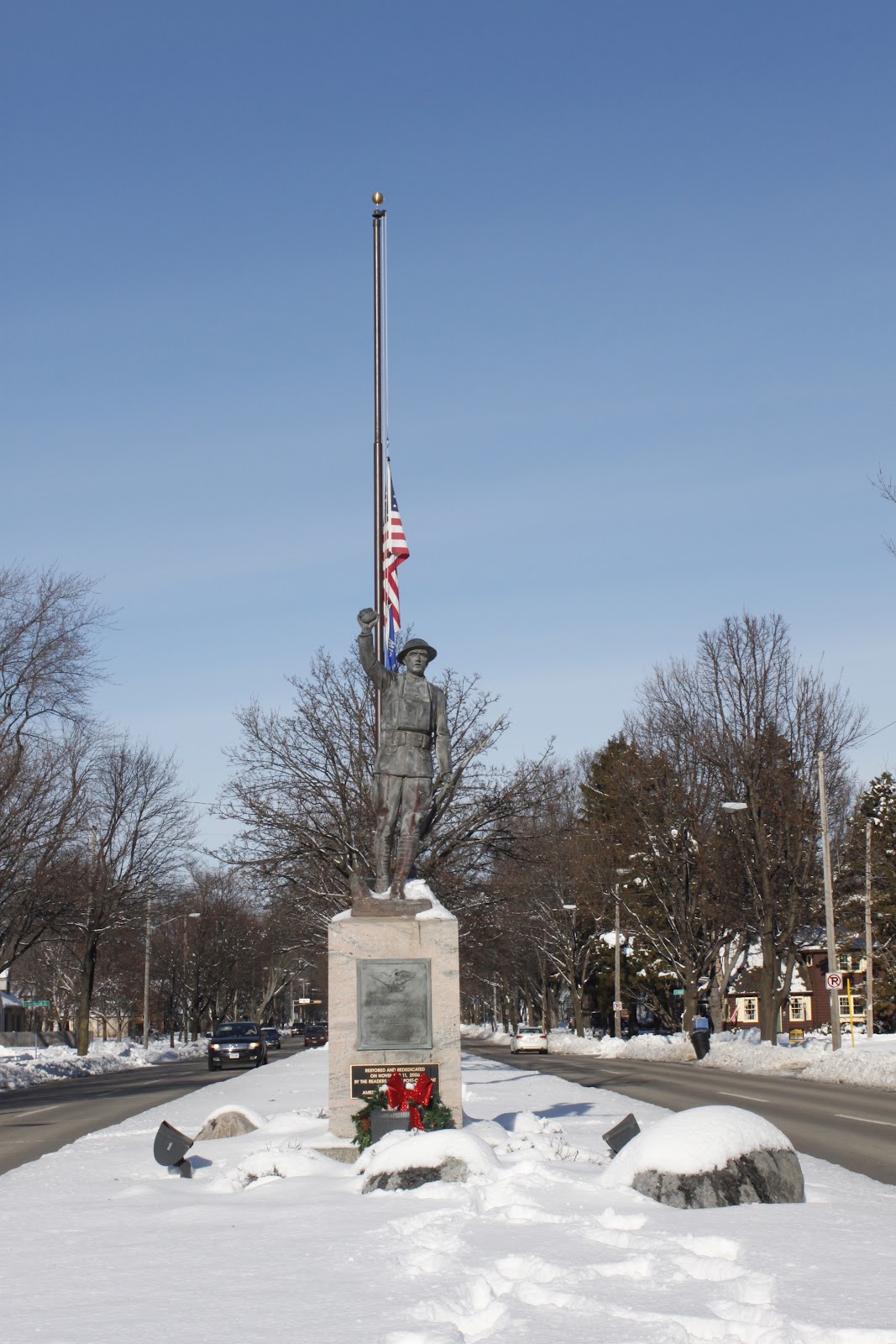 The flag was flying at half staff "as a mark of respect for the memory and longstanding service of Senator Danial K. Inouye, President pro tempore of the Senate". Click here for more information. 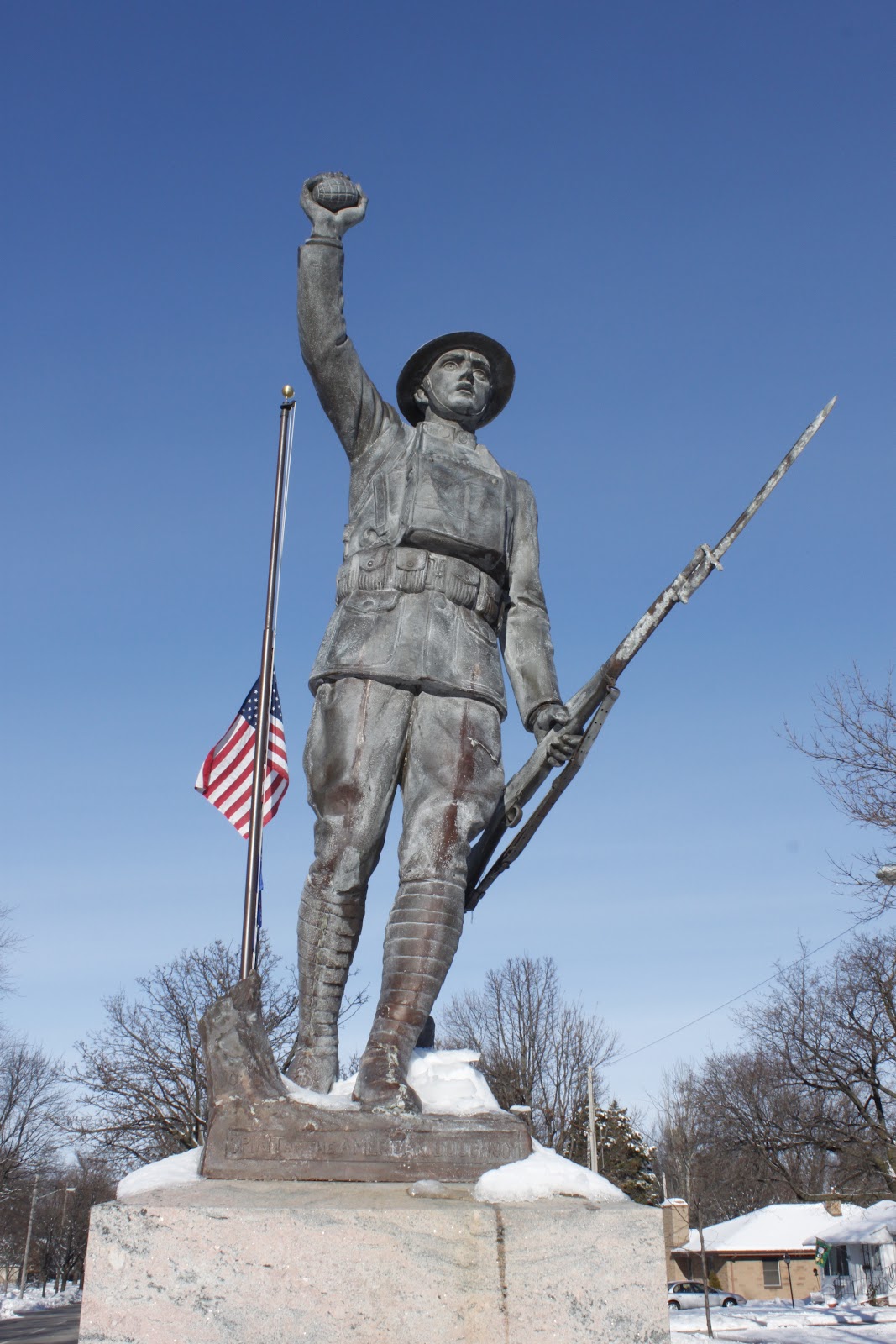 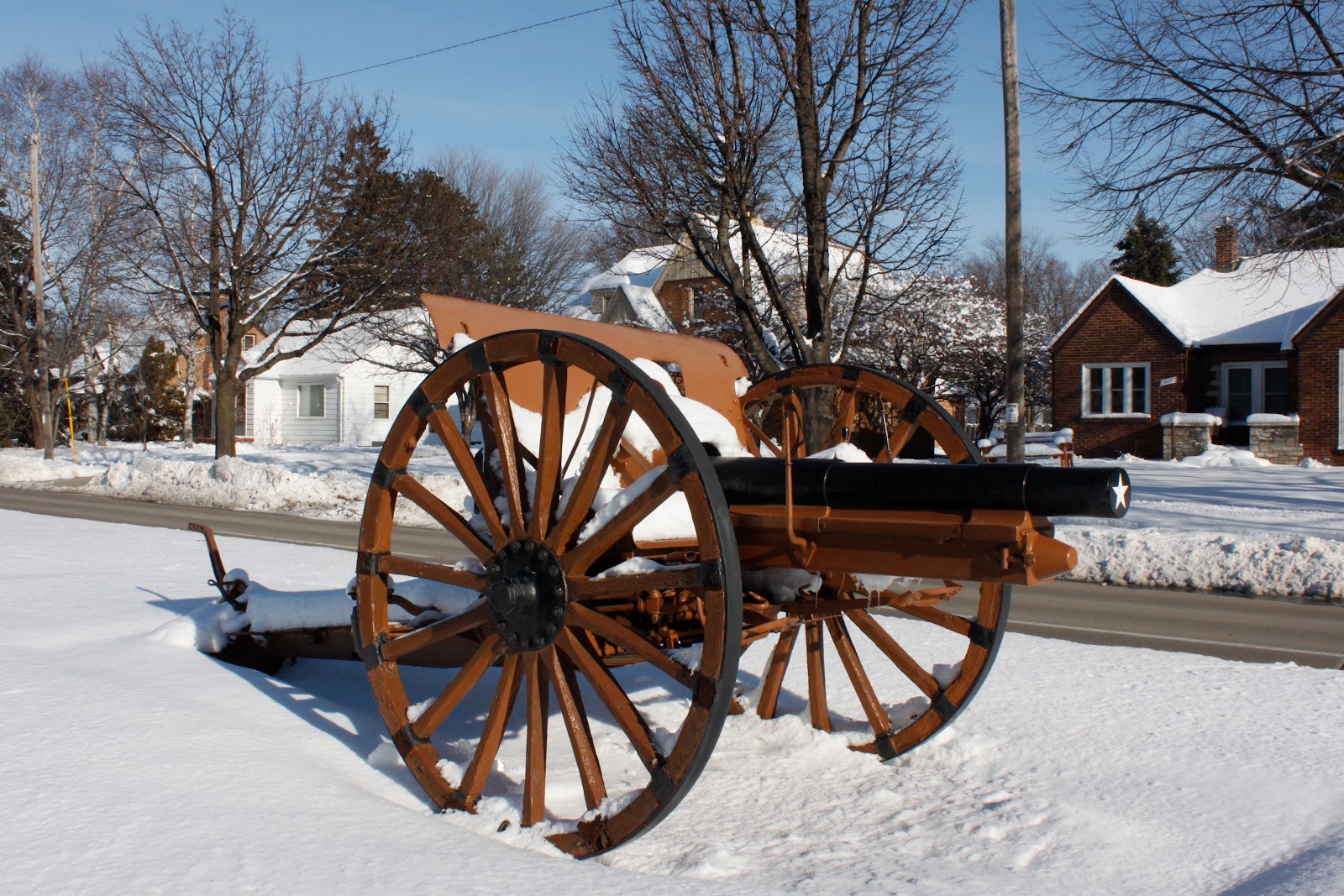 The memorial is located in Appleton, Wisconsin.