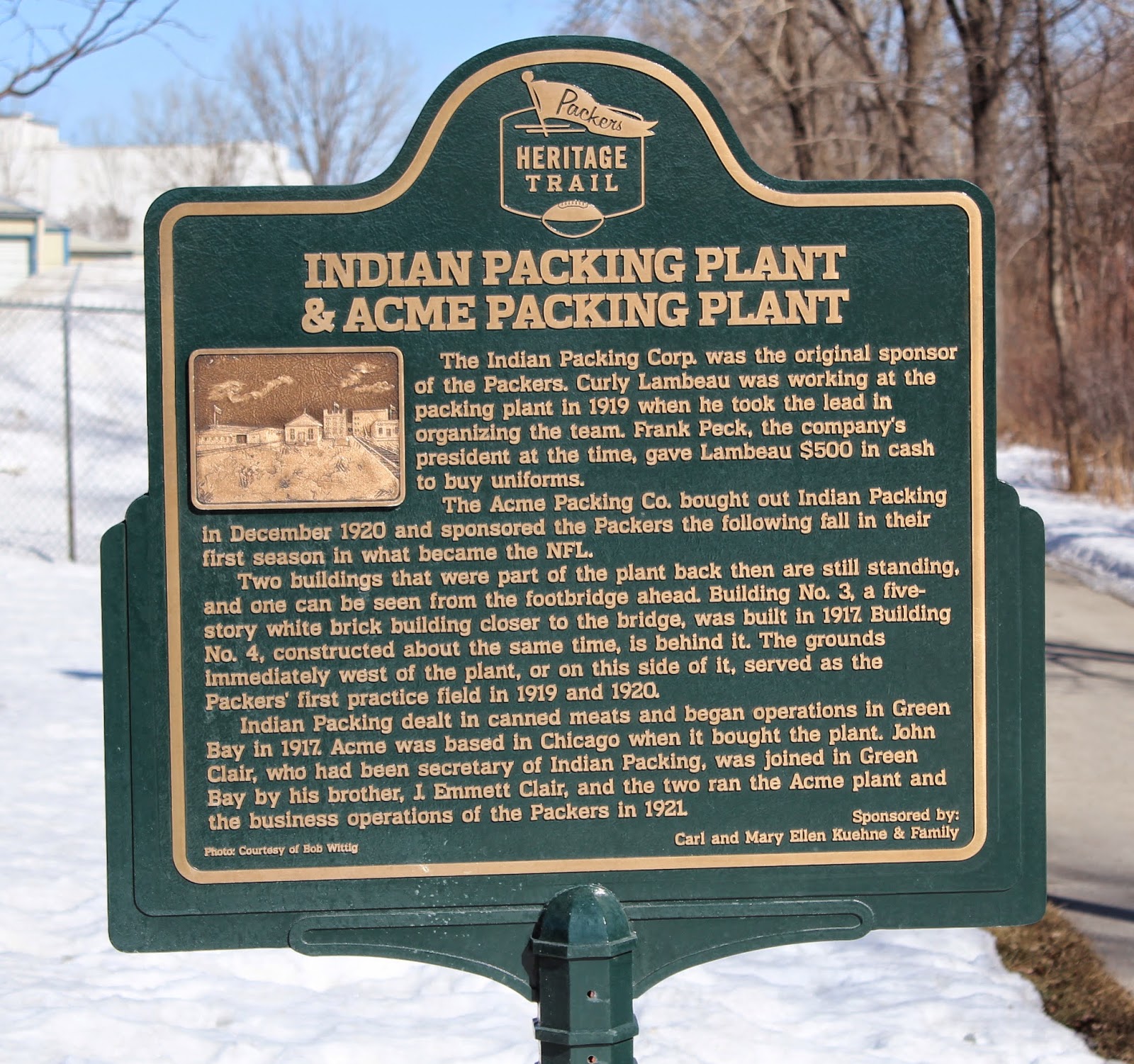 The Indian Packing Corp. was the original sponsor of the Packers. Curly Lambeau was working at the packing plant in 1919 when he took the lead in organizing the team. Frank Peck, the company's president at the time, gave Lambeau $500 in cash to buy uniforms.

The Acme Packing Co. bought out Indian Packing in December 1920 and sponsored the Packers the following fall in their first season in what became the NFL.

Two buildings that were part of the plant back then are still standing, and one can be seen from the footbridge ahead. Building No. 3, a five-story white brick building closer to the bridge, was built in 1917. Building No. 4, constructed about the same time, is behind it. The grounds immediately west of the plant, or on this side of it, served as the Packers' first practice field in 1919 and 1920.

Indian packing dealt in canned meats and began operations in Green Bay in 1917. Acme was based in Chicago when it bought the plant. John Clair, who had been secretary of Indian Packaging, was joined in Green Bay by his brother, J. Emmett Clair, and the two ran the Acme plant and the business operations of the Packers in 1921.

The marker is located on northbound Elizabeth Street, at the Baird Creek Greenway trailhead, at the intersection of Elizabeth Street and Main Street / U.S. 141 / Wisconsin Highway 29,  Green Bay, Wisconsin 54302. 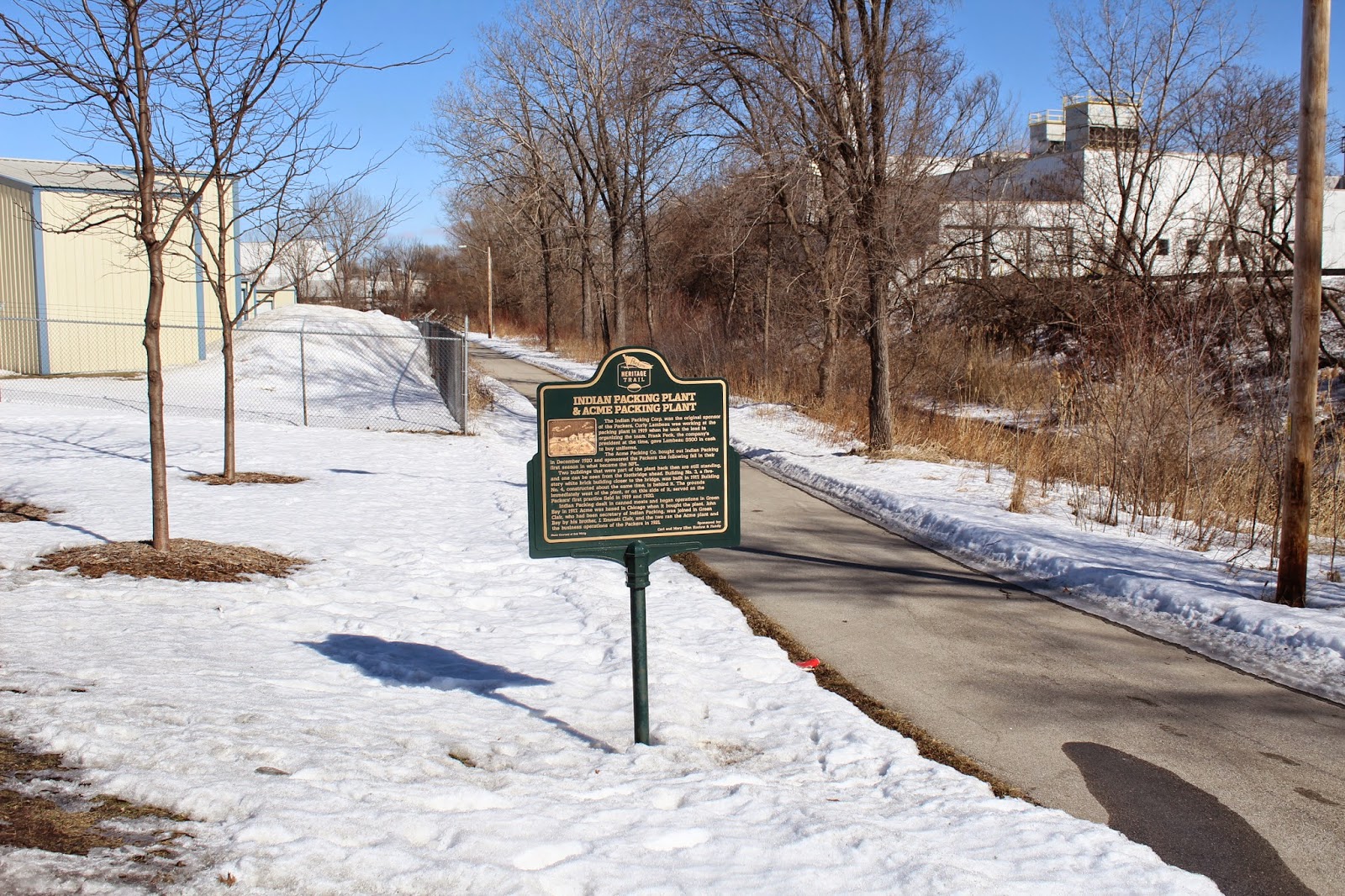 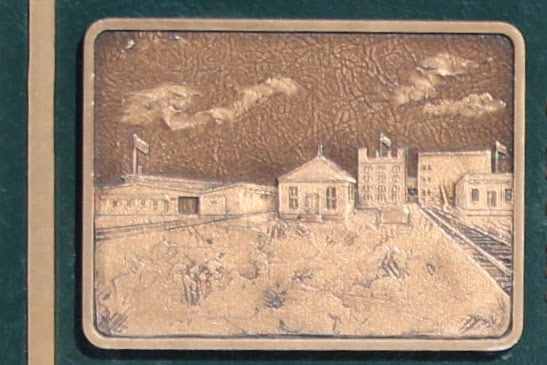 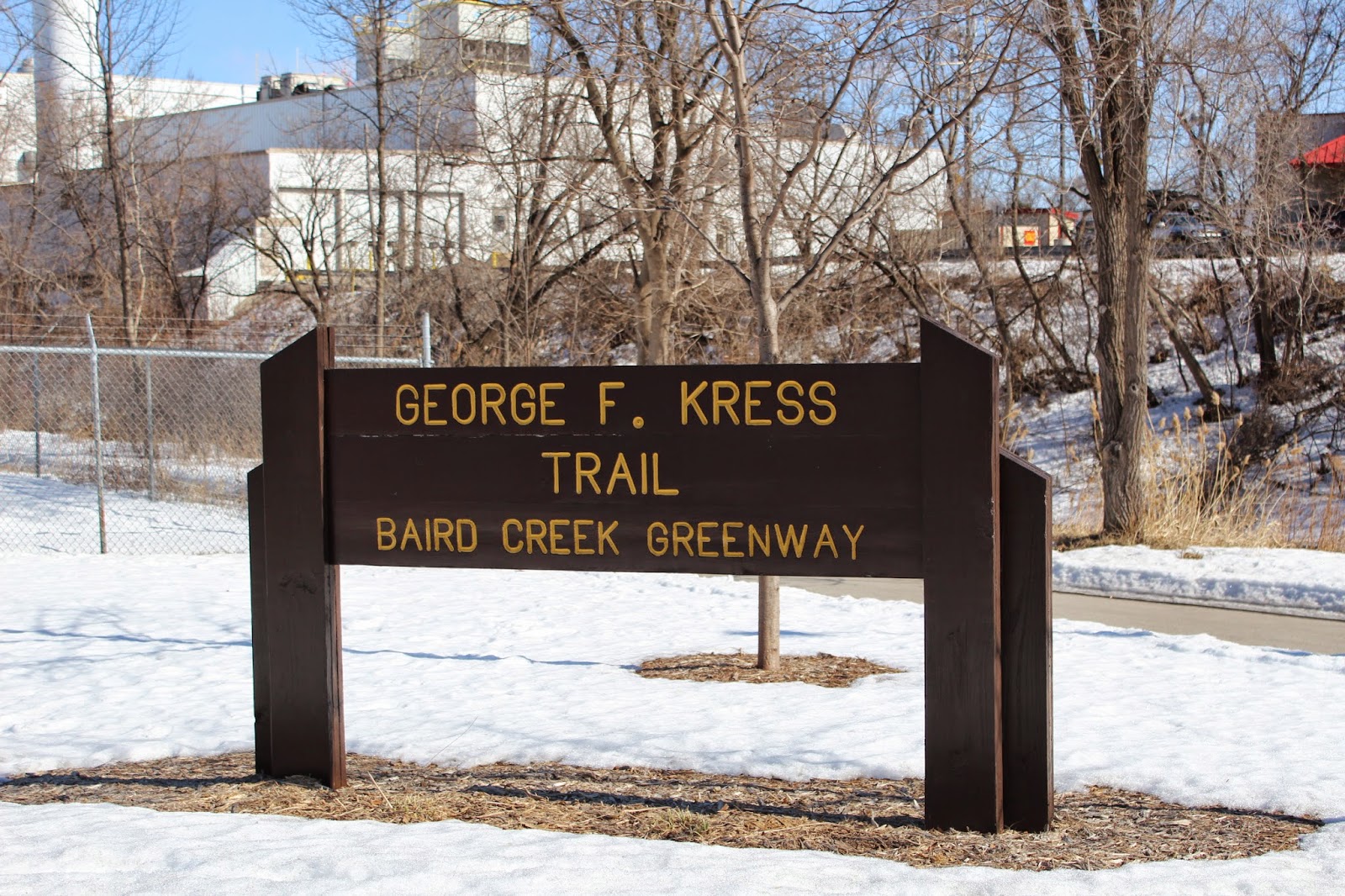 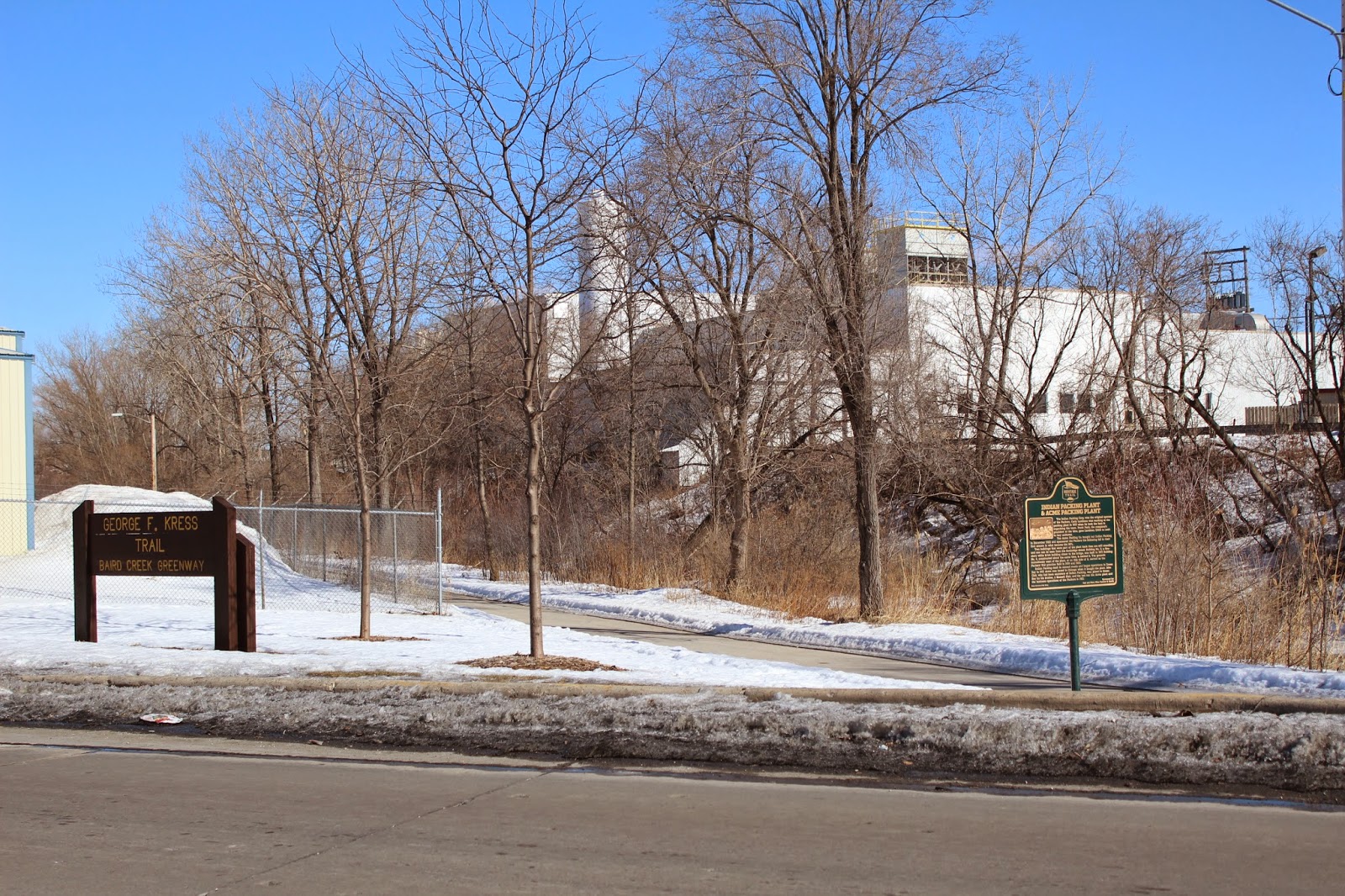